Home Real Housewives of New York City News RHONY’s Tinsley Mortimer Accuses Sonja Morgan of Trying to Take Her Down; Are Boyfriend Scott Kluth & Her Family Paying For Her Lifestyle?

RHONY’s Tinsley Mortimer Accuses Sonja Morgan of Trying to Take Her Down; Are Boyfriend Scott Kluth & Her Family Paying For Her Lifestyle? 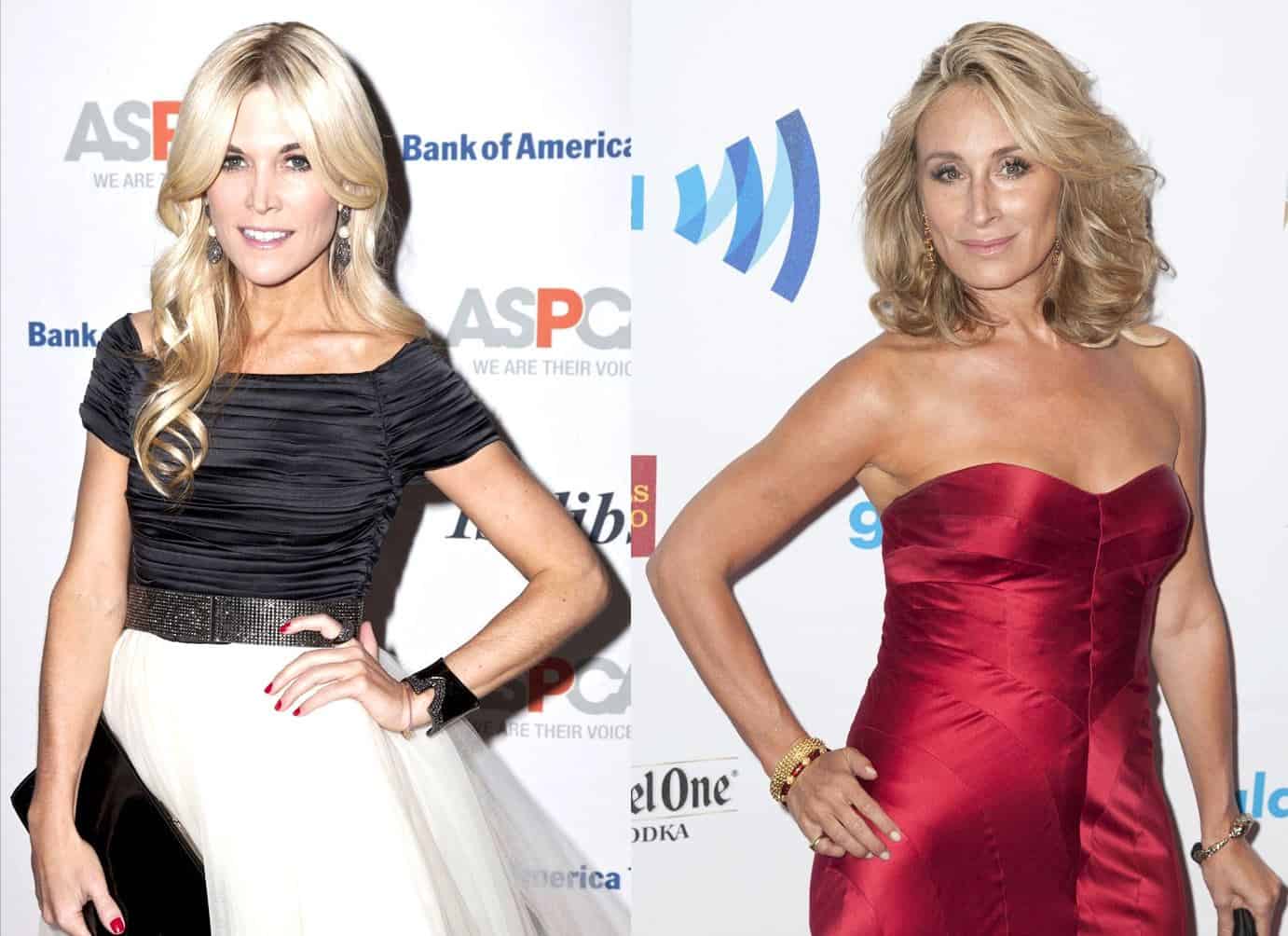 Tinsley Mortimer “lost her sh*t” on Wednesday’s episode of The Real Housewives of New York City and during a couple of interviews, she explains why.

After Sonja Morgan, who Tinsley used to live with, suggested that it was her boyfriend, Scott Kluth, who was paying her bills, Tinsley exploded, telling Sonja to shut her mouth — and her legs.

“We’re all big huge personalities, and everybody wants to get their point across, and I finally feel like I’ve been able to develop a voice and people are going to listen to me,” Tinsley told Page Six on Wednesday. “I feel more like myself. I’m not 100 percent at this point, but I am getting there.”

While Tinsley went through a rough time after being arrested for trespassing in 2016 in Palm Beach, Florida, she was able to get back on her feet after moving in with Sonja in New York City and joining the Real Housewives franchise.

“I’m so happy where I am right now. I’m more confident, and I’ve got my feet on the ground,” she explained.

As for her current relationship with Sonja, which continues to play out on the show, Tinsley said Sonja knows how to push her buttons and hurt her very much by claiming her boyfriend was her financial backer while also suggesting she couldn’t afford to pay for her own lifestyle.

“There’s no reason to try to degrade my family, my relationship, myself, there’s no reason for that. I really thought that I did whatever I could to be supportive to her as a friend. I don’t know why she feels the need to take me down, it’s hurtful,” Tinsley said.

Tinsley and Sonja are currently at war on The Real Housewives of New York City but that doesn’t necessarily mean their friendship is over for good. In fact, Tinsley said her relationship with Sonja is “deep-rooted” and compared her to a sister.

In a second interview with The Daily Dish, Tinsley went more in depth about the claims made about her finances. Does her family or Scott really support her financially?

“It’s really no one’s business however I provide for myself, but to imply that I’m almost a kept woman is insulting and it’s not what a friend should say. And it’s not true,” she said. “And I’m very lucky that I was brought up in a good family that had a lot of money. And luckily they do provide for me in a lot of ways. But I also have worked hard my whole life too.”

“I wasn’t brought up that way. I was brought up to work, whether it was my national tennis playing, going to Lawrenceville, going to Columbia University, and afterwards working at Vogue and working in PR,” she continued. “[Then] having my own handbag and clothing line in Japan for 10 years, writing a book, Southern Charm. It is insulting to me that a friend would imply that in need to be taken care of in some way — whether it’s my family or some man. That’s not who I am and I don’t know what her motives are.”

TELL US – WHAT ARE YOUR THOUGHTS ON SONJA’S BEHAVIOR THIS SEASON?