Home Teen Mom Teen Mom 2’s Jenelle Evans Speaks Out After Kaiser Accuses David of Abuse, and He Continues to Be Kept From Her

Teen Mom 2’s Jenelle Evans Speaks Out After Kaiser Accuses David of Abuse, and He Continues to Be Kept From Her 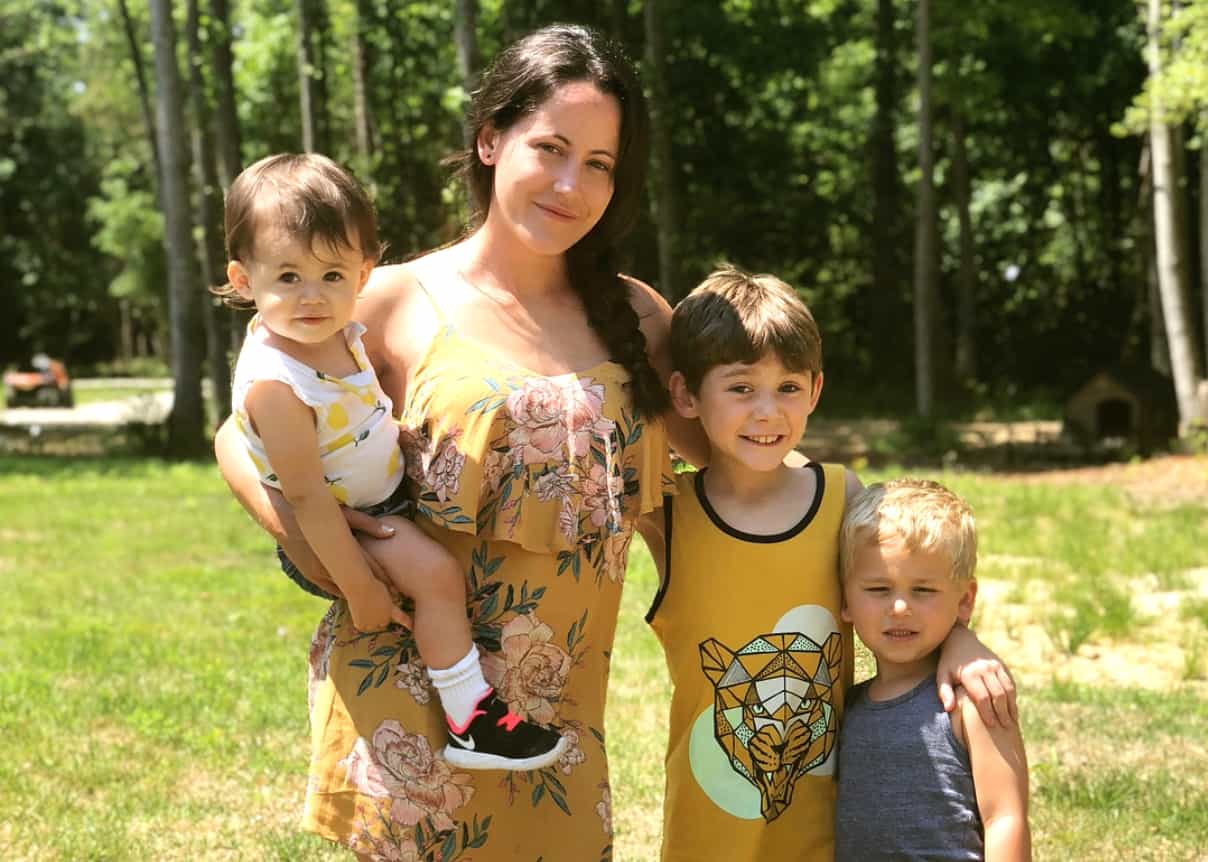 Jenelle Evans isn’t happy to be dealing with yet another custody dispute.

After it was revealed that Nathan Griffith‘s mom Doris has been refusing to return four-year-old Kaiser to his mother after reportedly noticing proof of possible abuse, the Teen Mom 2 star has spoken out.

“I’m not okay…. Everyone else in the house is fine,” Jenelle told Radar Online.

Earlier this week, a video was shared that showed Kaiser telling his father that “David” had been the one who put a series of marks on him. As Teen Mom 2 fans well know, Jenelle’s husband, David Eason, has been slammed for his treatment of Kaiser in the past and even accused of abusing him off-camera.

In her interview, Jenelle reveals that despite the drama involving Kaiser, her other kids are doing just fine.

“Jace is not being kept from me, nor are any of the other kids,” Jenelle stated, referring to her youngest child, Ensley, and her husband’s two older children, Maryssa and Kaden.

Although Jenelle and her mother, Barbara Evans, continue to have their issues when it comes to their custody feud over Jace, the reality star claims even her mother is confused by Doris’ behavior.

“My mom doesn’t understand why everyone can’t get along,” she explained.

News of Jenelle and Doris’ custody dispute comes on the heels of an episode of Teen Mom 2 in which Jenelle admitted to being visited by CPS (Child Protective Services) a whopping 20 times.

“There is nothing I did, so he can wait,” Jenelle told a producer. “I’m so sick of this bulls**t.”

Jenelle also spoke to a police officer about the ongoing “harassment” she’s received.

“We have been harassed by everyone on the Internet,” she explained to the officer. “By you guys, by my ex. We don’t need it anymore. I’ve been harassed about this ever since I’ve moved here last February. CPS has been here 20 times because of 20 reports and they closed every single one of them. Everything’s fine.”

Following the incident, David made physical threats against Nathan because he suspected he was behind the latest call to CPS.

Jenelle is planning to go to court in hopes of having her son Kaiser ordered back home.