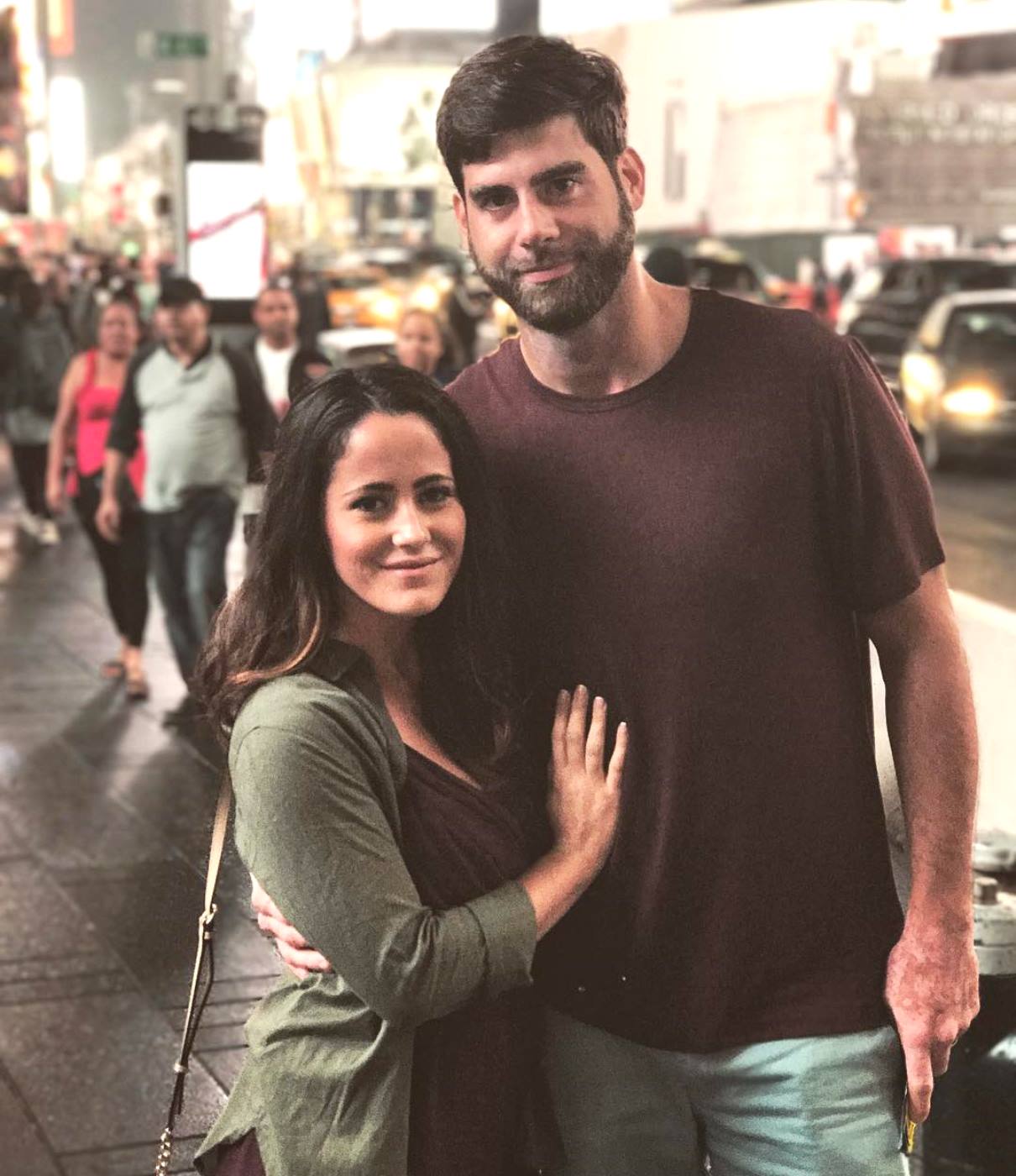 Teen Mom 2 viewers have been concerned about the safety of Jenelle Evans and her children ever since she began dating the anger-prone David Eason and earlier this week, one of them confronted the reality star on Twitter about her now-husband’s scary behavior.

On June 27, comedian and reality star Tammy Pescatelli reached out to Jenelle in a series of tweets in which she expressed her concern for the mother of three and encouraged her to “escape.”

Dear @PBandJenelley_1, I don't know you.I do know #Violence. When I was your age I had an extremely violent & controlling BF, who crushed me physically & emotionally. I was blessed to escape w/my life. I was dead inside. I see that same look in your eyes. RUN! Leave! #TeenMom2

…@PBandJenelley_1 If not for you, for your kids. Not only do they not need to fear the monster that lives in their house, but 1 rage could be the accident that ends it all. No judgement. Only <3. Reach out. PPL will help. #YouAreNotAlone #TeenMom2

During the past several episodes, David has expressed intense anger toward Jenelle, her children, and a number of other people, including Nathan Griffith, the father of Jenelle’s second child. As fans witnessed, David told Jenelle during a recent episode of Teen Mom 2 that he wanted to beat Griffith’s head in after suspected he had called Child Protective Services on him and his wife.

While fans have seen the last of David’s anger on Teen Mom 2 due to his firing in February, Tammy, who previously starred on Last Comic Standing, believes that his anger issues are far from over and hopes that Jenelle can learn to recognize what she believes to be signs of abuse.

After Tammy’s tweets were shared, some Twitter users attempted to defend David, claiming that the tricks of editing may have painted him to be someone he is not. However, as Tammy pointed out, his “explosive anger” was worrisome.

“I know about reality shows. I also know his explosive anger is dangerous,” she wrote.

I do understand. I've been hurt by bad editing on reality shows & I have been an EP on my own. @MTV & #TeenMom2 can edit situations. The cannot create his explosive bursts of rage. It's not worth arguing bc ultimately, anyone who has been there knows what the outcome will be.

In response to Tammy’s messages, Jenelle shared a number of messages of her own, denying that her husband is abusive or controlling.

Dear Whoever You Are,
I’ve been through many many controlling, emotionally and psychically abusive relationships. My husband does not ‘crush me’, hurt me, or abuse me in any way. I did run away from many diff men and choose to start over and fresh every single time. https://t.co/hC7gLRz6i6

If you only knew what type of “monster” David was…. you’d be surprised. When your son refuses to make a Fathers Day gift for his real dad and says his stepdad means more to him… THAT speak volumes. You only know what you see for 5 mins on a show each week, months ago lol https://t.co/0orpYzZzyc

Tammy then noted that editing could not be blamed for the ongoing anger and explosive behavior that David has exhibited on Teen Mom 2.

I do understand. I've been hurt by bad editing on reality shows & I have been an EP on my own. @MTV & #TeenMom2 can edit situations. The cannot create his explosive bursts of rage. It's not worth arguing bc ultimately, anyone who has been there knows what the outcome will be.

According to The Ashley’s Reality Roundup, a number of Twitter users spoke of their concerns for Jenelle and her family after watching Monday’s show.

Below are a couple of their reactions.

“The hole that was punched eye level in Jenelle’s bedroom door, and David losing his temper in front of CPS like that demonstrates a serious lack of control.”

“OMG! DAVID IS SCARY I don’t know how their kids feel safe cuz he is always acting this way! Her kids see this do they understand it’s not ok to act like that! Talking like he was going to knock that cops head in?!”