Home Teen Mom Is Jenelle Evans’ Husband Pressuring Her to Quit Teen Mom 2 ‘Since He Can’t Be On It’?

Is Jenelle Evans’ Husband Pressuring Her to Quit Teen Mom 2 ‘Since He Can’t Be On It’? 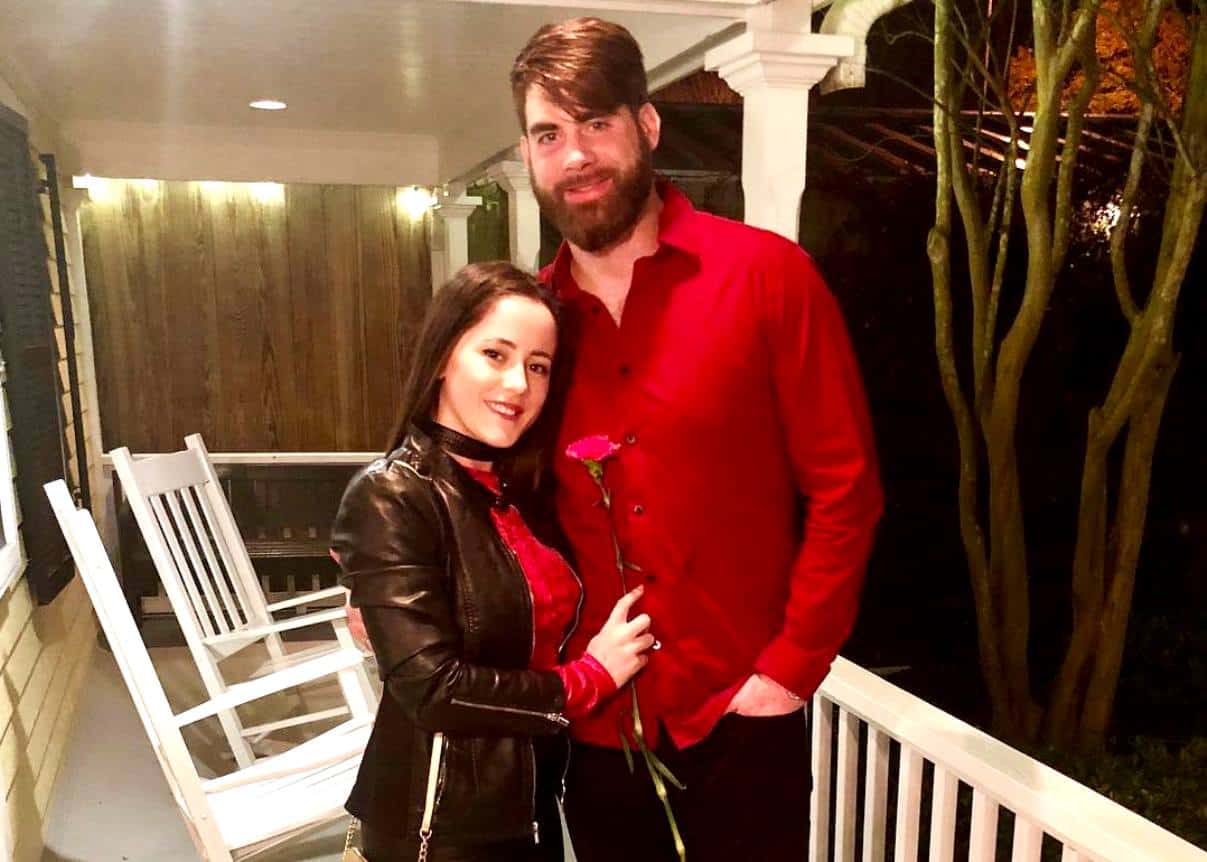 Jenelle Evans‘ husband, David Eason, reportedly wants her to walk away from her full-time role on Teen Mom 2 ahead of the series’ upcoming ninth season.

According to a new report, David, who shares his youngest child, one-year-old Ensley, with Jenelle, is hoping to see her cut ties with MTV just months after the network chose to fire him due to his February Twitter rant against the LGBT community.

“David is telling Jenelle to quit the show, since he can’t be on it,” an insider told Radar Online on July 10. “Even though this is their main source of income, David is pressuring her not to sign.”

While Jenelle has been doing her best to convince MTV to allow David to return to Teen Mom 2, the network is not open to considering the idea. In fact, even after Jenelle hired a lawyer to argue David’s case, MTV refused to take him back.

“David tells Jenelle that they will be fine if she’s not on the show,” the source said. “However, she has no other way to make money. All of her endorsement deals fall through.”

Although Jenelle is arguably the most talked about cast member of Teen Mom 2, her questionable antics in recent months, including a road rage incident involving a gun, have nearly forced MTV to let her go.

“MTV had meetings with the president of Viacom about Jenelle, but they ultimately want her back for her craziness because it makes the show a hit,” the insider explained.

Following David’s rant against the LGBT community earlier this year, MTV refused to pay for David to accompany Jenelle to New York City to film the reunion and because of that, she didn’t go.

“MTV has refused to give in to any her demands in regard to the reunion,” a source told The Ashley’s Reality Roundup in May. “Jenelle wanted them to pay for [her husband] David [Eason]‘s entire trip– travel and expenses– even though he’s not allowed on the set. When [the producers] refused to agree to pay for David, Jenelle said she’s not coming. This has been going on for a long time, them battling back and forth, and MTV refused to budge.”