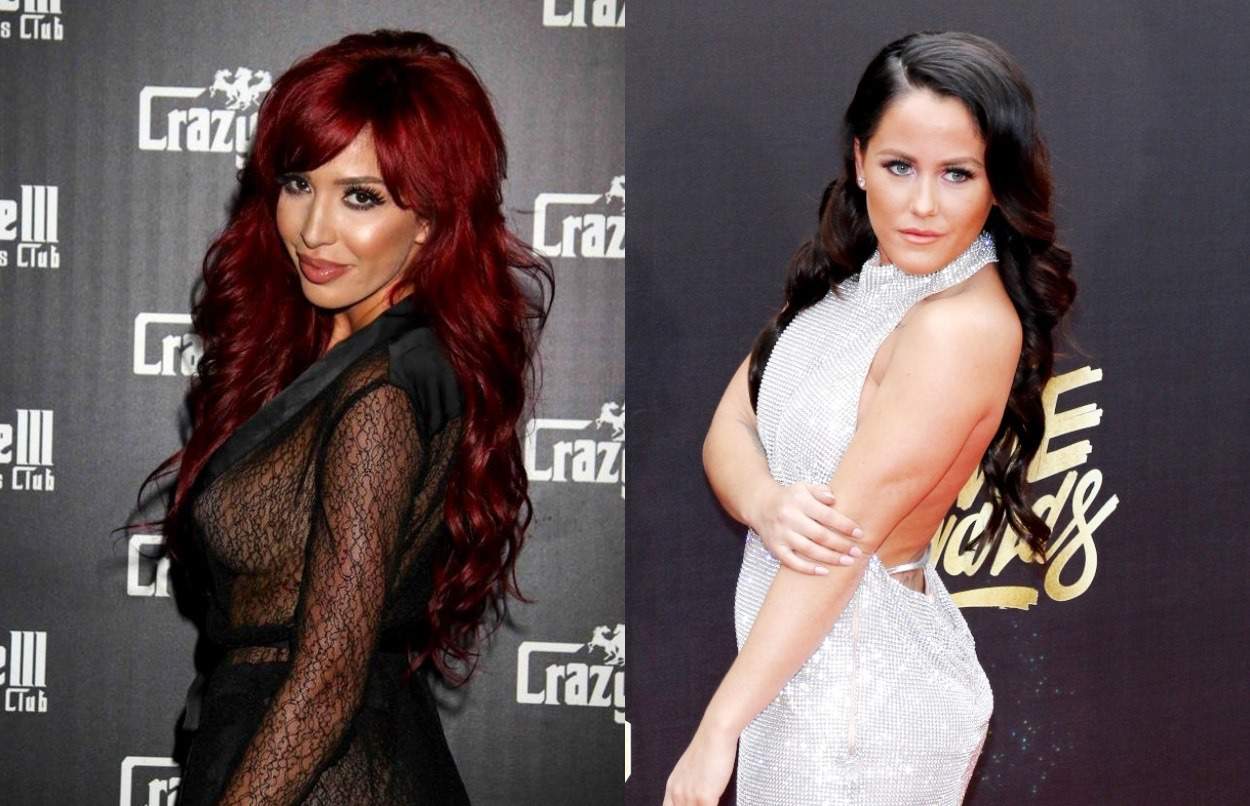 After the Teen Mom 2 star tweeted and deleted a post about Farrah being invited to the MTV Movie And TV Awards while her husband, David Eason, was snubbed, Farrah slammed the mother of three for her “low blow” and said that she isn’t about her degrading message.

Although Jenelle was invited to Sunday night’s awards show, she chose not to attend and later told her fans and followers on Twitter that she didn’t understand why the network allowed Farrah to be there but left David off the guest list. She also complained about the former Teen Mom OG star getting a “plus one” after seeing photos of her with her nine-year-old daughter, Sophia Abraham. 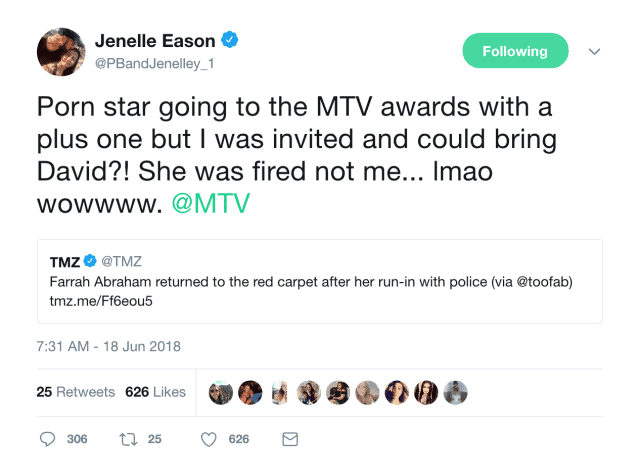 After sharing the tweet above, Jenelle confirmed her “could” was supposed to be a “couldn’t” before pointing out that neither she, nor Kailyn Lowry, have been able to bring a “plus one” into any of MTV’s past awards shows. Instead, they were able to walk the red carpet with a partner but were not allowed to bring their chosen guest inside the event.

A short time later, Chelsea Houska added further confusion to the situation when she confirmed that her husband, Cole DeBoer, had gotten an invite.

“Cole got invited….is it just husbands?? Cause he didn’t get one when we were dating. Either way, we never really cared lol,” she told fans.

Kailyn also weighed in on the situation with the tweets below.

Everyone is freaking out about how the tm2 cast didn’t get plus 1 for movie awards… but Farrah brought Sophia. First of all, they always tell us someone can walk the carpet with us but not allowed inside after

And second, Farrah has gotten in and/or invited to way more other shows than us so that’s just the way it goes

According to The Ashley’s report, the reason why David likely wasn’t allowed to attend Sunday’s awards show was because he was fired by MTV while Farrah technically wasn’t fired at all.

As fans saw during an episode of Teen Mom OG in March, Farrah told her producer she would rather move forward with her adult career than continue to appear on the reality show.