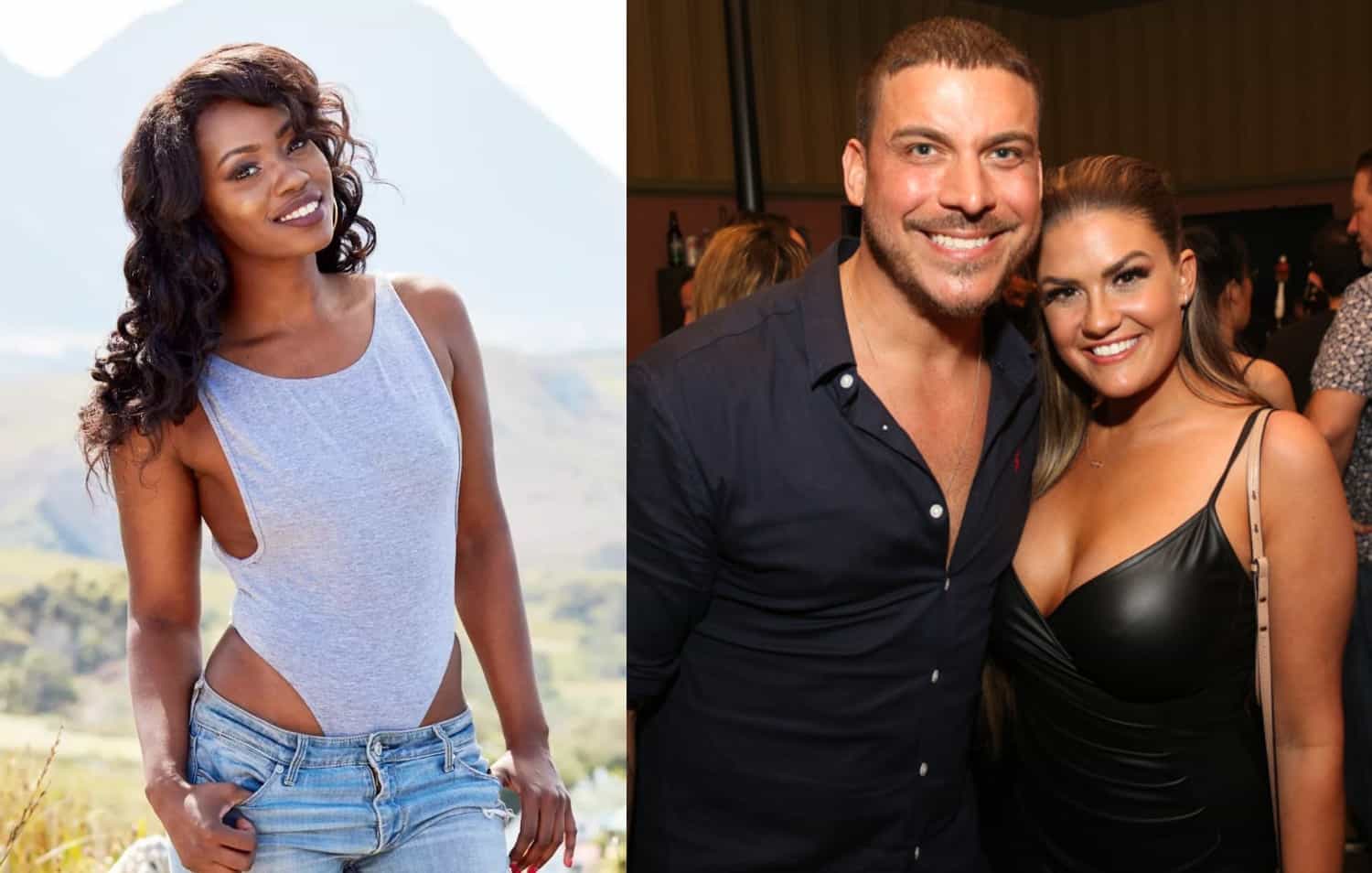 Faith Stowers has moved on from her guest-starring role on Vanderpump Rules and joined The Challenge. And in a new interview, the MTV star reveals why she no longer talks to the Pump Rules cast, plus what she really thinks of Jax Taylor‘s recent engagement.

After a stint on the first season of Ex on the Beach, Faith is continuing on with her MTV reality career as she prepares to join the latest installment of the long-running series, which has been deemed The Challenge: Final Reckoning.

Following her cheating scandal with Jax last year, Faith reveals she has distanced herself from her former co-stars.

“I wouldn’t say I have a vendetta with them,” she told Page Six. “I just choose to block them out of my life. Once you’re in it, it’s hard to see what’s happening, but now that I’m with MTV, I’m just looking back at some of the things and wondering what the hell I was thinking! No vendettas. I wish them all the best. I wish them growth in life.”

While Faith is no longer in contact with the Vanderpump Rules cast, her past came back to haunt her during filming on the MTV series in South Africa when she was forced to deal with questions about Jax’s now-fiancee, Brittany Cartwright, during production.

“Veronica [Portillo] is an avid watcher of ‘Vanderpump Rules,’” Faith stated. “She was asking me questions about Brittany [Cartwright] when I got to the house.”

In closing, Faith revealed her thoughts on Jax and Brittany’s engagement, which happened last month during a visit to Malibu, California.

“I hope she’s able to put up with certain things but if not I hope that they are able to work things out,” she said. “I believe in reconciliation. I believe in forgiveness. I’ve been with a guy who’s cheated on me before and I forgave him. I think Brittany is going to have to deal with that maybe time and time again, but I’m glad that she decided to move on and she tried, tried, tried to find happiness.”

In other Vanderpump Rules news, Brittany recently debuted a 25-pound weight loss on her Instagram story, and in a new interview, she’s revealing just how she shed the pounds.

“I’ve been trying out different boot camps because I feel that classes are a lot better for me than just going to the gym and trying to work out myself,” she told the Daily Mail this week. 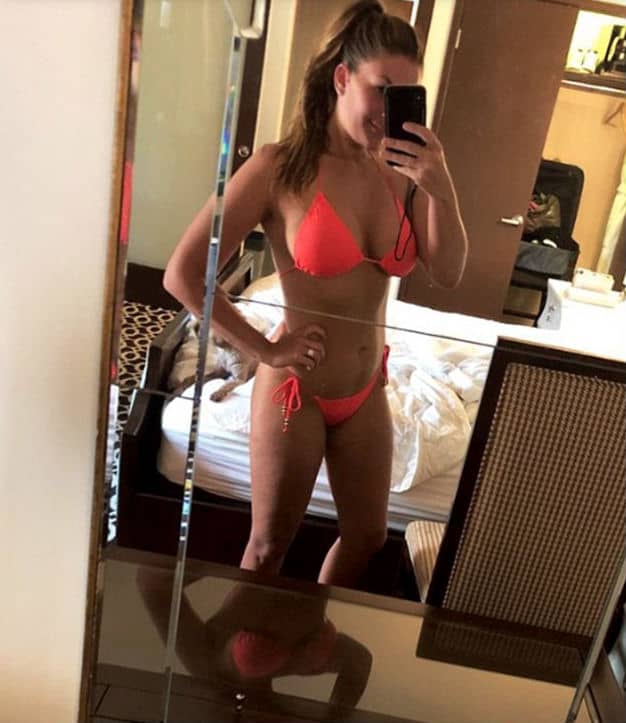 Brittany shows off 25-pound weight loss in a bikini!

In addition to eating healthy and working out, Brittany sought out a plastic surgeon months ago who helped her get rid of her “double chin.”

“I had a kybella shot in my neck and it basically helps to dissolve the fat,” she explained. “We were just messing around and I was like ‘do you have anything for double chins’ and they were like ‘actually we do’ so they let me try it and I think it works great… There’s no surgery anything like that It’s literally a shot.”

Although Brittany has already lost a substantial amount of weight, she isn’t done yet.

“I’m gonna be in my tiptop shape at my wedding, so I’ve probably got some more work to do,” she added.