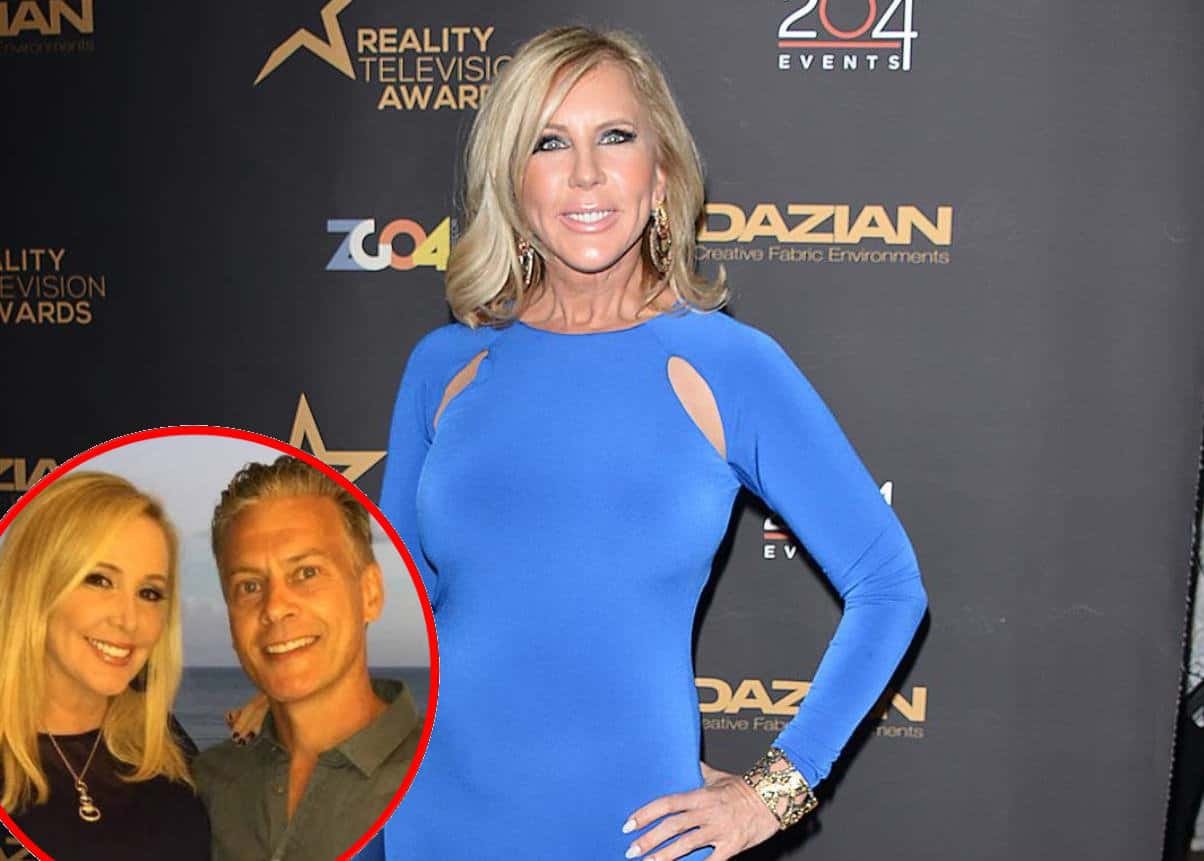 Vicki Gunvalson‘s six-year legal battle over her alleged failure to promote Vicki’s Vodka has finally come to an end.

According to a new report, the Real Housewives of Orange County star and her former business partner, Robert Williamson III, are currently in the process of settling the case he brought against her in June 2013.

On July 18, Radar Online revealed Robert had initially accused Vicki of “fraud, civil conspiracy, breach of contract, breach of covenant of good faith dealings, misrepresentation and unjustly enriching herself, and intentionally inflicting emotional distress on him.”

Just under six years later, on March 19 of this year, both parties filed documents with the United States District Court of Nevada to inform the court that they have reached a settlement.

Vicki and Robert are now set to attend a status conference regarding the dismissal of his claims against her on August 20, 2018. At that point, Robert’s Chapter 13 Trustee and the Bankruptcy Court in the District of Arizona will be required to approve the settlement before the terms of their deal are finalized.

Because Robert declared Chapter 13 bankruptcy in January 2016, he is not currently being held responsible for the debts he accrued during his legal battle against the RHOC star. However, Vicki has filed documents requesting the civil lawsuit be unfrozen so she can continue to fight for the money she is owed.

Robert also listed Vicki’s former boyfriend, Brooks Ayers, in the case, claiming Brooks breached his contract. However, in 2015 when Robert’s claims against Brooks were dismissed, Robert was ordered to pay Brooks $132,641 in legal fees. which he transferred to Vicki.

Although the judgement awarded to Brooks was transferred to Vicki years ago, she never got her money and Robert later filed for bankruptcy and claimed he had just $806,000 in assets. In a April 2016 filing, Vicki accused Robert of lying about his assets.

“The financial demise that happens — they call it financial suicide when you get divorced,” Vicki told Page Six on Monday. “She’s got that going on.”

“The emotions and him dating [other women] so quickly, it’s a lot. It’s a lot to take. Having it all be public is hard on her but she’s really been good. I’m really proud of her. I think you’re gonna see her journey this season,” she continued, citing David’s relationship with Lesley Cook.

During Monday night’s Watch What Happens Live, Shannon revealed to host Andy Cohen that she did not sign a prenup before marrying David nearly two decades ago but insisted that all she was hoping for was a “fair settlement.”

Also during her interview, Vicki addressed her recently reconciled friendships with Shannon and Tamra Judge.

“It’s been going great,” she said. “We had a great season this year as friends and I just hope we stay that way. I told them, I own my part in what I did wrong and now I just gotta learn from that. And I think they did too. It’ll be good.”