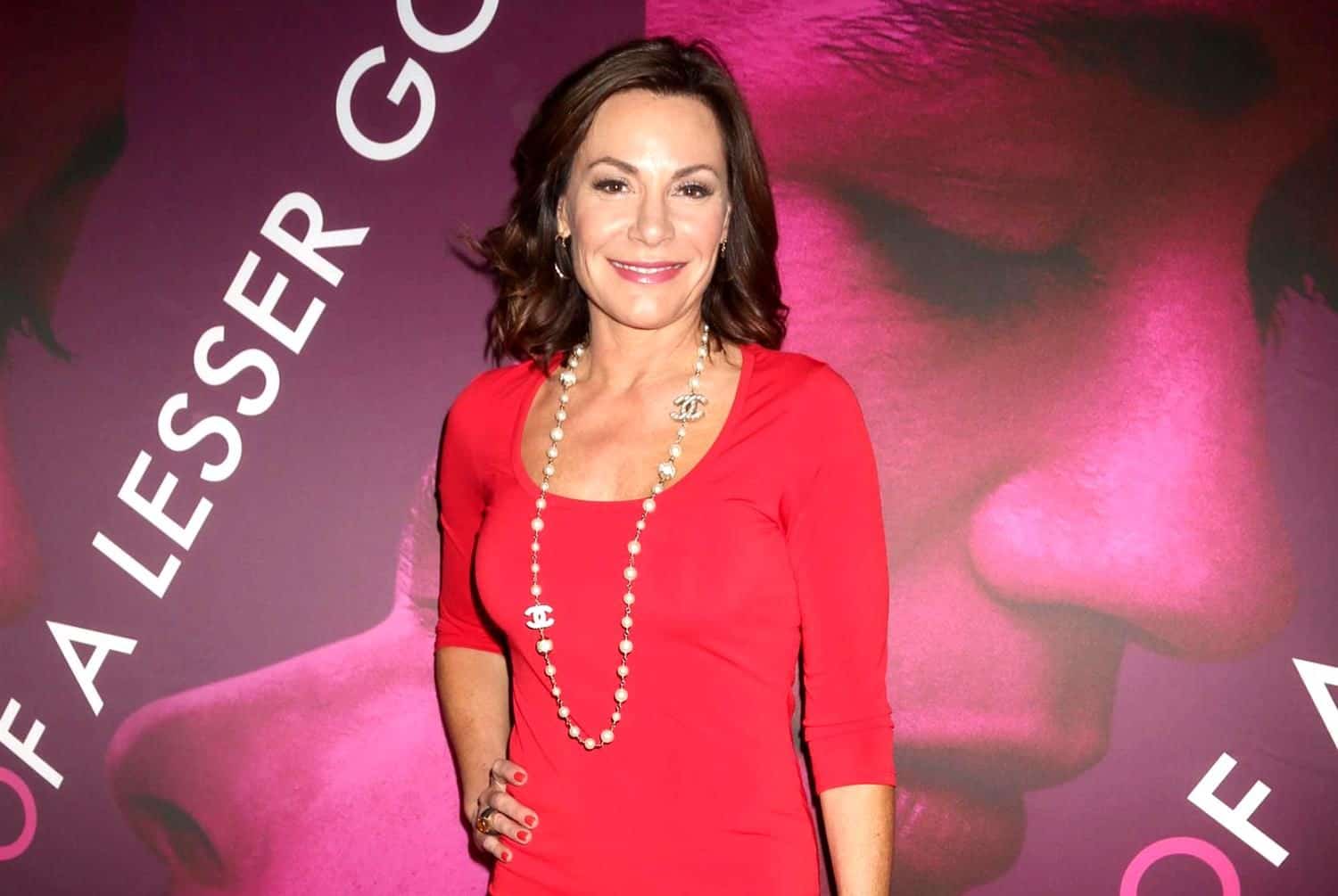 The Real Housewives of New York City star LuAnn de Lesseps is breaking her silence just days after her return to rehab.

In a bit of an odd move, Luann, 53, took to her Instagram page just moments ago to share a quote about having no regrets.

In her Instagram Stories, the Bravo star wrote: “Never regret a day in your life: good days give happiness, bad days give experience, worst days give lessons, and best days give memories.” 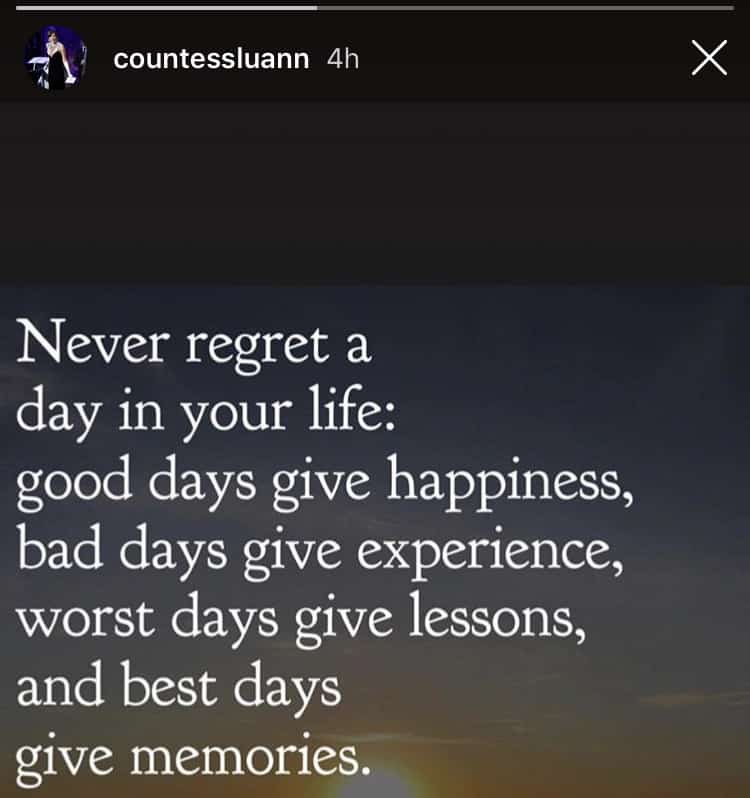 Following her post, some fans were wondering if she had perhaps left rehab early, but there is no indication of that yet. In doing research, it appears there are some rehab facilities that allow cell phones.

Luann entered rehab earlier this week, for the second time, just days after news broke that she was being sued by her children, Victoria de Lesseps and Noel de Lesseps, and her ex- husband, Count Alexandre de Lesseps, over claims she stole her kids’ inheritance by refusing to set up a trust for them which would award them half of one of the family’s vacation homes.  Luann sold that Hamptons home in 2014 for $8 million.

She reportedly relapsed weeks ago with her closest friends and family members doing an intervention for her recently over concerns “that she was going to do some serious harm to herself.”  That intervention did not go well as it was not well received by the former Countess.

The cast of RHONY filmed their season 10 reunion on Tuesday and Luann’s absence was reportedly discussed during filming.