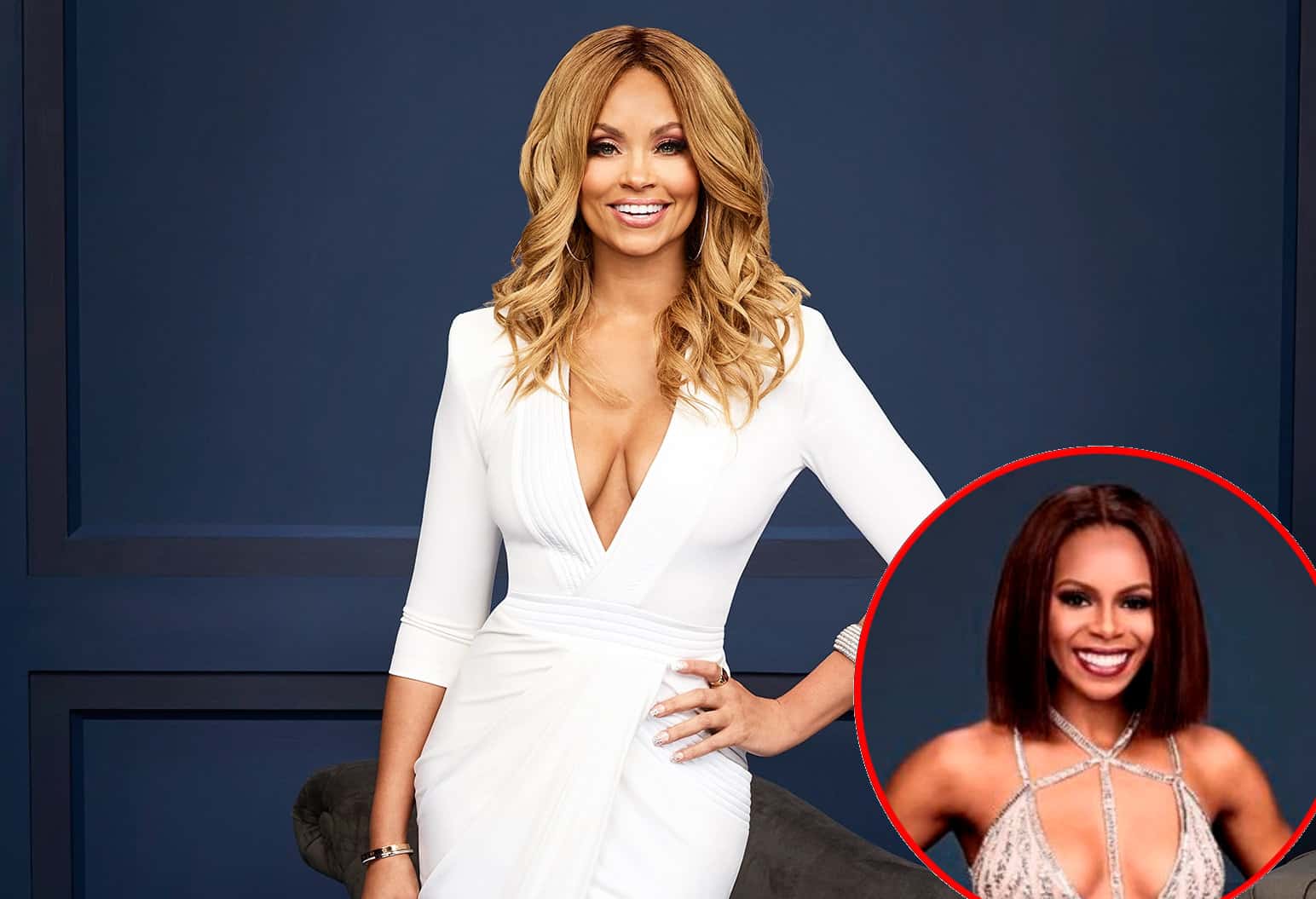 If you want piping hot Real Housewives of Potomac tea, look no further than series star, Gizelle Bryant! Let’s face it, no one throws better shade, and no one is less sorry about it.  She took to her Bravo blog earlier this week, and opened up about the cast’s recent trip to France and her true feelings about some of her costars, and as usual, she held nothing back!

For starters, she addressed the pancake peace summit she had with Monique Samuels, saying “the pancakes were good, but Monique’s apology was not.” Gizelle felt that Monique was full of excuses, and is far too “self absorbed and conceited” to fully accept responsibility for her actions.

“I don’t know ANYONE who has an excuse for EVERYTHING. Who walks around unable to admit that they are guilty about their own horrible behavior,” Gizelle began. “For the 100th time, Monique brought my boyfriend’s (because at the time she didn’t know that Sherman (Douglas) and I broke up) ex-wife around to try to hurt me and my relationship. She refuses to admit it, which leads me to believe that she needs a big, gold trophy for being self absorbed and conceited.”

And of course, Gizelle would have been remiss if she hadn’t discussed the “epic” showdown between Karen Huger and Ashley Darby! The moment may very well go down as THE highlight of the season, and while Gizelle admits that if she “were a nicer, kinder woman,” she might have tried to stop them, but that’s just not her style, so she sat back and enjoyed it with the rest of us!

“Now, Ashley and Karen know how to have an argument,” Gizelle said. “They don’t talk over each other. They listen, think, and then speak. They use huge college words (well, just Ashley) to proceed to smack each other upside the head. I enjoyed EVERY minute of it. It went on for a LONG time, and it was EPIC. Lord knows, I laughed for a good two days.”

Gizelle also went in on newbie, Candiace Dillard, who has blamed Gizelle for the fact that Robyn Dixon and Ashley are “bandwagon b****es,” who ignore her, and act like “mean girls” whenever Gizelle is around. But Gizelle says she’s not going take responsibility for the fact that they find Candiace ‘annoying.’

“I think Candiace wanting to blame the fact that two people are ignoring the crap out of her on me is cute, if I were her I might do the same thing,” Gizelle said. “However, Candiace needs to be clear of the raw and dirty facts, Robyn and Ashley were mean to her all by themselves because Candiace actually annoys the crap out of them.”

Absolutely savage! Our girl Gizelle never disappoints, am I right?! And there’s plenty more shade where this came from. Gizelle and the rest of the RHOP crew will be back at it tonight at 8/7c only on Bravo!

TELL US – THOUGHTS ON GIZELLE’S BLOG? AGREE OR DISAGREE WITH HER ASSESSMENT OF CANDIACE? IS CANDIACE A GOOD FIT FOR THE SHOW?