Home Southern Charm Southern Charm’s Landon Clements Reveals Thoughts on Ashley Jacobs’ Behavior, Addresses Their Relationship and Escort Rumors, Plus How She Dealt With “Hurtful” Backlash and Feud With Kathryn

Southern Charm’s Landon Clements Reveals Thoughts on Ashley Jacobs’ Behavior, Addresses Their Relationship and Escort Rumors, Plus How She Dealt With “Hurtful” Backlash and Feud With Kathryn 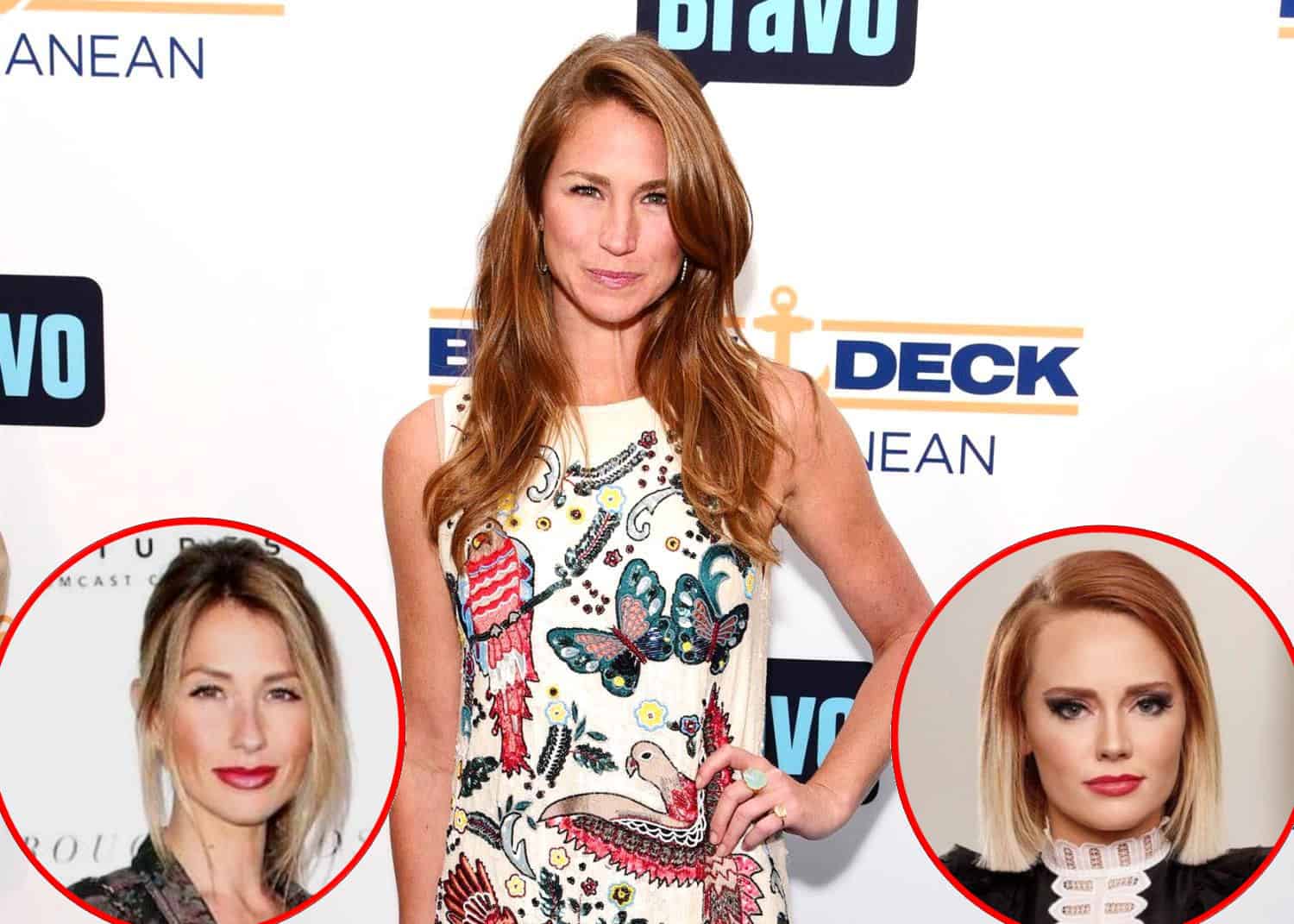 Former Southern Charm star Landon Clements opened up about a whole lot in an all new interview.

During an appearance on the Juicy Scoop with Heather Mcdonald podcast, Landon addressed her relationship with Ashley Jacobs, the escort rumors about the both of them, and revealed what she really thinks about Ashley’s behavior this season. She also opened up about dealing with all of the “hurtful” backlash from her time on the show, and her feud with Kathryn Dennis.

First, Landon, 36, was asked about her relationship with Thomas Ravenel, and she once again insisted that absolutely nothing romantic ever took place between them.

“Never. Never even held hands. Never, never [kissed],” said Landon about Thomas. “Even Thomas has said [we never hooked up]. At the reunion last year, even Kathryn was like, ‘Yeah, you guys never had sex.'”

When it comes to her relationship with Ashley, Landon reveals she actually met Ashley through Thomas as there had been a misconception that she was the one who introduced the couple.

She also reveals that upon meeting Ashley, she actually thought she was Luzanne Otte, a California attorney that Patricia Altschul was trying to set up with Thomas during that period. As reported, Luzanne is now accusing Thomas and Ashley of harassment.

“I’d actually thought that Ashley was this girl that Patricia had been trying to set Thomas up with, so this girl I’m being like overly nice to, I’m thinking in my mind that this is Patricia’s friend daughter. It wasn’t until much later that I realized this is the girl that he met in a bar,” explained Landon.

The topic turned to Ashley’s widely criticized behavior on this season of Southern Charm, and Landon, who says she only watched the finale episode, reveals she didn’t see much wrong with the things Ashley said to Kathryn.

“I mean [what Ashley said] was true. I mean, I don’t think it’s a nice thing to say but these things did happen,” said Landon. “I think that everyone’s just forgotten that Kathryn ever did anything crazy. Which, that’s great. You should let people have a second chance at life and behaviors, where there’s drugs involved and small children, but everything that was said was true.”

When it comes to her feud with Kathryn and where they stand today, she admits they don’t have any relationship.

“[I keep in touch with] pretty much everyone [but Kathryn]. That wasn’t like my choice. You know, she’s blocked me from all things. I did see her though. She was out here in L.A. when Andy [Cohen] did his show,” she shared. “I saw her there for a second. It wasn’t weird. I don’t have any problems. I definitely said hi. I’m curious if she regrets how she treated me sometimes maybe. It’s funny because pretty much everything she ever said about me is something that she has actually done. So like, even the stuff with Thomas and like sleeping with everyone, like I never did any of that.”

She also addressed the escort rumors about her and Ashley that originated on this podcast back in June. The rumor was that Landon and Ashley were supposedly escorts in California, and that’s how Landon introduced Thomas to Ashley. It was after that podcast aired that Landon decided to reach out to the host Heather McDonald in order to clear her name.

“No. Never have been. Never any of that,” said Landon about the rumors. “It’s funny that I’m on the show, and everyone says, ‘Oh, you’re such a b*tch’ and then I’m off the show and now I’m a prostitute. You can’t win. I gave up trying. I moved to Malibu last summer just to kind of get a little space.”

She added, “A lot of people think a lot of things and I don’t feel the need to constantly explain myself but when people are starting to say that you’re a prostitute, then I’m like okay, I need to say something.”

Finally, when asked about the backlash she had to deal with during her three seasons on the show, before her departure last year, Landon admits it was hard not to take it personal.

“It’s so hurtful. I just take it so personally cause I’m not able to seperate like TV Landon and real life Landon, like it’s just one person. I’m not playing a part, I’m just myself,” she shared. “So, then to have to go to bat for every single thing that you say or do, or the way things are twisted, and you’re just like that’s just not at all who or what I am or how I want to be perceived.”

On why she left the show after season four, she states it was due to the “pressures of everything” and that she simply wanted to return to California to do real estate. She however admits that she’s not sure Bravo would have her back, revealing that the network actually told her she wasn’t well liked according to their focus groups.

“I don’t know if they want me back. They did all these focus groups and stuff, and I apparently didn’t do very well in the focus groups,” admitted Landon. “Obviously your feelings are really hurt, and I was like, ‘Why doesn’t anyone like me?’ and then I started thinking and was like, ‘Who goes to a focus group?’ Like, I don’t know anyone that would be in a focus group. Those aren’t my people, so no wonder they hate me.”