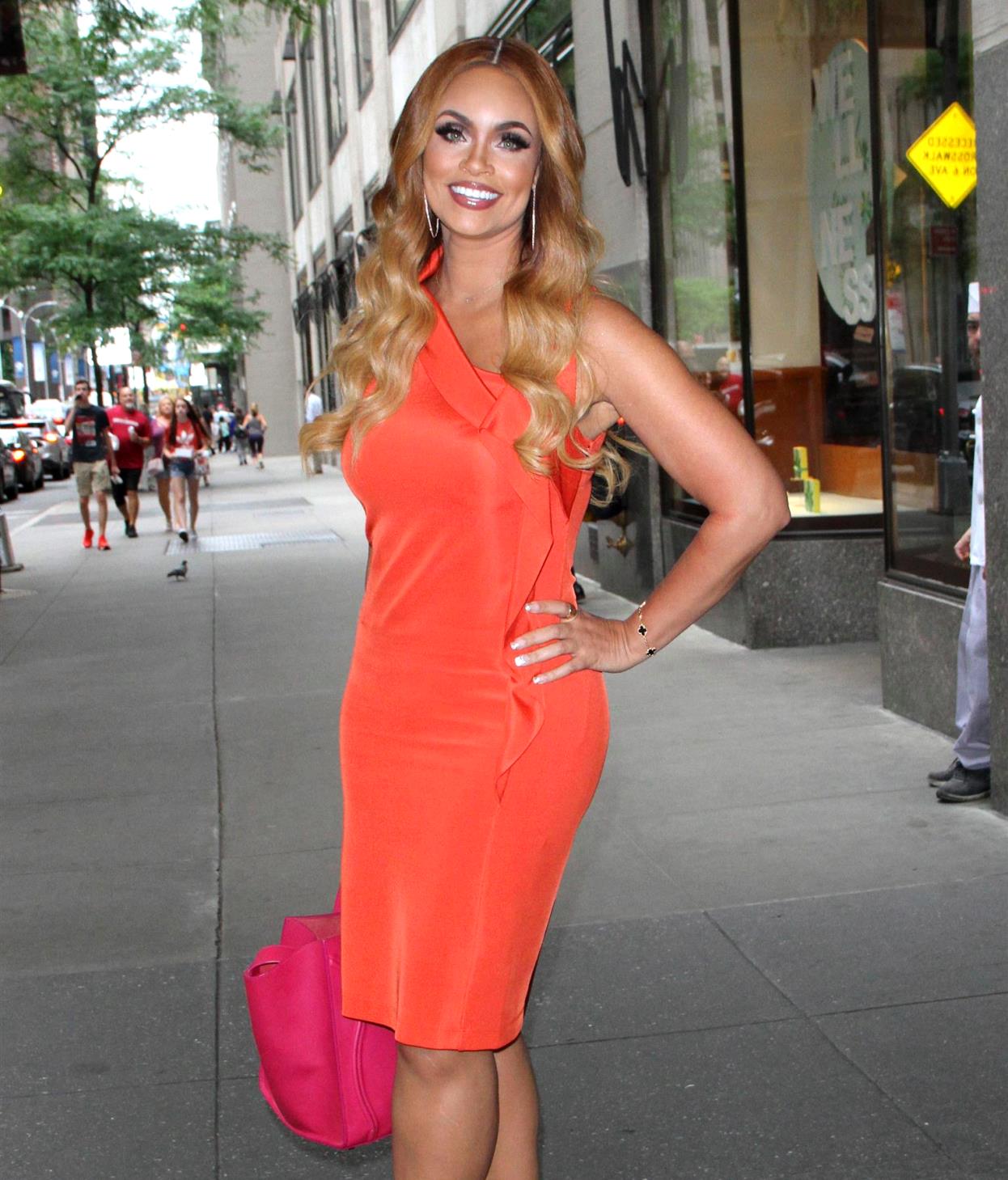 The third season of The Real Housewives of Potomac came to a close on Sunday with a shady flourish, and series star Gizelle Bryant was in on all of it…as usual! In a series of recent interviews, she is now weighing in on all the drama, and the new man in her life!

One of the most interesting (and confusing) story lines of the season involved the ladies trying to get to the bottom of cast mate Karen Huger’s living situation.  The Grande Dame claims to live in a 10,000 sq ft mansion in Great Falls, but the streets have been saying otherwise.

In an effort to get to the truth, Gizelle, along with Ashley and Robyn, concocted the Pizza Prank by dressing up as delivery men and knocking on Karen’s door with a pizza in hand to see if she would open the door.  It fell flat as the door went unanswered, and we still don’t have an answer about where Karen lives, but now Gizelle is saying she no longer cares.

“Karen said, ‘I walked out of my front door,’ well that is where the pizza was sitting. Sooooo if you live there then why didn’t she see the PIZZA?! The water is still a little murky, but the good news is I really don’t care. Great Falls, Potomac or Alaska it really doesn’t matter, live your life Karen,” Gizelle told Bravo.

But the ‘Where do the Hugers Really Live’ saga was pretty  juicy, and even Ashley’s husband, Michael, couldn’t resist asking a few questions.  He boldly came right out and asked Ray where he and Karen were living, and was unceremoniously told to mind his own business. It was a hilarious exchange that Gizelle said ended pretty much like the interactions between their wives.

“Ray and Michael interact with each other just like their wives do, loud, messy and shady. Michael Darby is a real estate man by trade, so if he goes around and asks where people live is that messy or just job research?” she joked.

Gizelle also experienced plenty of drama in her personal life this season. She called it quits with her boyfriend, Sherman Douglas, citing communication issues as the reason for the break up. And during a new interview with Page Six, she confirmed that she was dating again.

“I have started dating again,” dished Gizelle, while keeping her new beau’s identity under wraps. “He and I are very committed to making it work.”

She went on to add that watching her relationship with Sherman play out on the show this season actually taught her a lot about herself.

“We’re all not perfect, we all have to own our stuff, and you know just because I thought I was a great communicator with people that I talked to, doesn’t necessarily mean I’m a great communicator in a relationship. I’m working on me,” shared Gizelle, before going on to acknowledge how “tough” it is to showcase your relationship on a reality show.

“It’s tough, the whole thing is tough. Even when you’re in a good relationship people have their commentary, but to go through a breakup publicly is not fun,” she added.

Be sure to tune in Sunday night, when the ladies sit down to rehash all the shade, drama, and piping hot tea on part one of the explosive RHOP reunion!