Home Real Housewives of Potomac News RHOP’s Karen Huger Reacts Negatively to Pizza Prank by Castmates, Plus Robyn Dixon Says She’s Not a Follower When it Comes to Gizelle

RHOP’s Karen Huger Reacts Negatively to Pizza Prank by Castmates, Plus Robyn Dixon Says She’s Not a Follower When it Comes to Gizelle 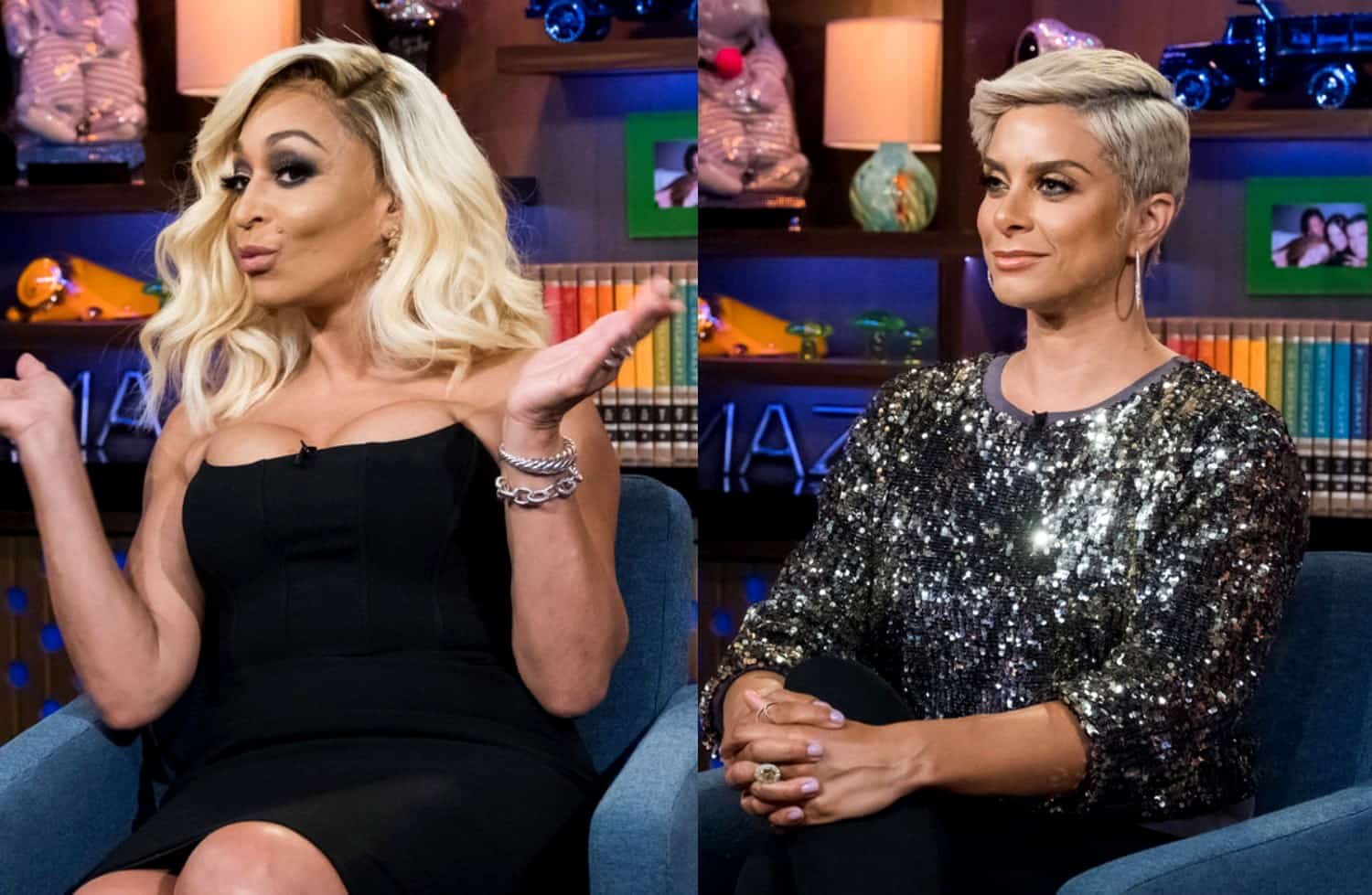 The third season of The Real Housewives of Potomac turned out to be the surprise hit of the summer, and the shade throwing, tea spilling ladies will be back at it tonight with a finale that may just leave us with more questions than answers! But first, Karen Huger is responding to the pizza delivery prank her castmates played on her during last week’s episode!

Following accusations by Ashley Darby that Karen doesn’t live in the massive Great Falls mansion she moved into last season, after selling her Potomac home, Ashley, along with Gizelle Bryant and Robyn Dixon, proceeded to dress up as delivery men and pretend to deliver a pizza to Karen’s home just to see if she really lived there.

Following that episode, Karen took to Twitter to make it clear she did NOT find it funny.

Karen tweeted, “Trespassing is a crime….not a joke!”

Trespassing is a crime….not a joke! #rhop

Viewers will get to see how that prank played out on tonight’s season finale.

Meanwhile, Robyn is also speaking out and responding to claims by some of her castmates that she is easily influenced by her best friend Gizelle.

See, our girl Robyn has had quite the season…she nearly got choked with an umbrella by one of her castmates, took a trip to France, and even pulled a prank on the Grande Dame! And through it all, she’s had her bestie, Gizelle Bryant, by her side.  The two women are nearly inseparable…some may even say interchangeable… but one thing you better not say is that Robyn doesn’t have a mind of her own!

But newbie, Candiace Dillard tried it! She accused “The Green Eyed Bandits” of being “mean girls,” and said that Robyn only acts that way when her other half is around.  Robyn addressed the claim during an interview with Bravo, and said Candiace is just drinking hater-aid!

“No, I don’t agree with one word Candiace said about me being different around her when Gizelle is around. I can’t think of one time when anything like that occurred with Candiace,” Robyn said.

She continued, “Did I have anything critical to say about her man’s penis? NO. Her mother’s financial involvement? NO. Her woe is me I’m a princess story? NO. I never had a conflict with Candiace, nor treated her with disrespect.  It is very clear that Candiace is drinking too much of Monique’s (Samuels) hateful Kool-Aid and believed the “Robyn and Gizelle are mean girls” narrative that she spews on a regular.”

Sounds like the drama will continue on into the explosive finale tonight at 8/7c!

TELL US – DID THE LADIES GO TOO FAR WITH THE PIZZA PRANK? DO YOU THINK ROBYN IS INFLUENCED BY GIZELLE?