VIDEO: Watch The Real Housewives Of New York City Reunion Trailer: ‘This Is Like Game Of Thrones!’ 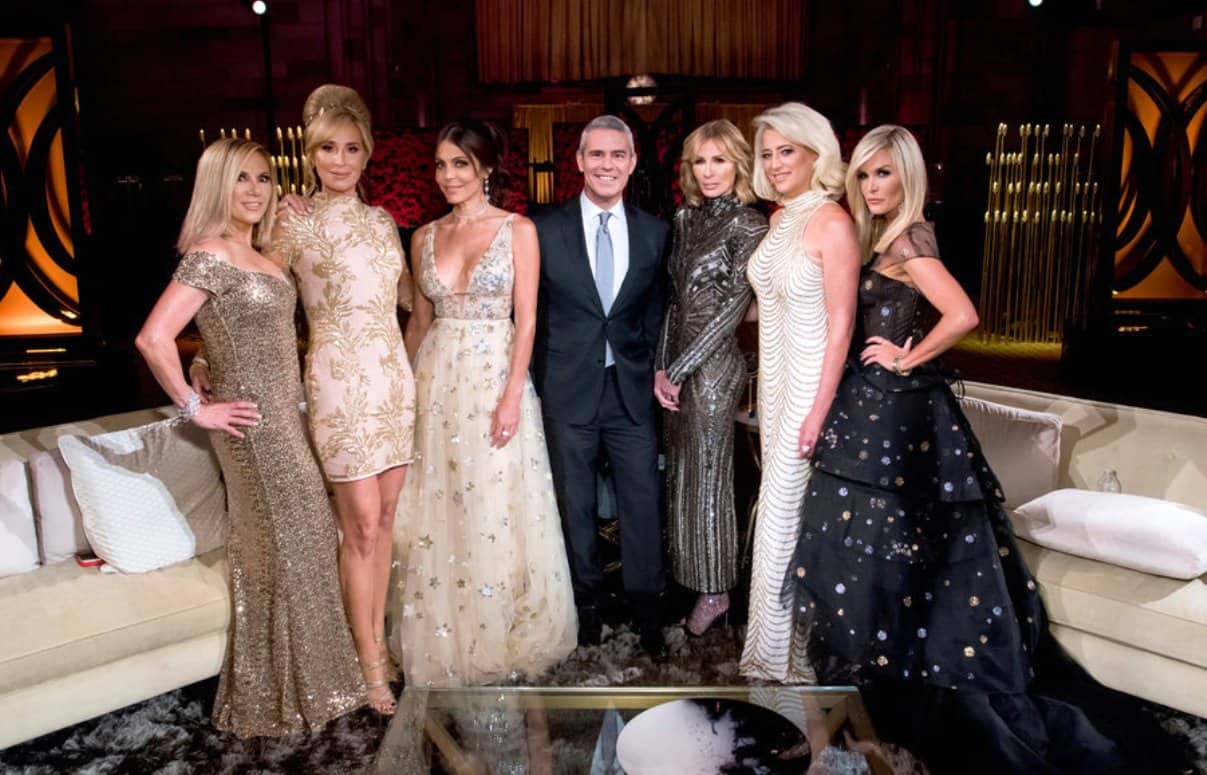 The ladies of The Real Housewives of New York City didn’t hold back at the recently filmed season 10 reunion special.

In a sneak peek at the upcoming episodes, the women, including Ramona Singer, Sonja Morgan, Dorinda Medley, Tinsley Mortimer and Carole Radziwill, appear to be completely at odds with Bethenny Frankel, just as host Andy Cohen teased weeks ago.

The ladies reunited to hash out the events of season 10 in July without their co-star, LuAnn de Lesseps, and when they did, they intended to seek out closure. Unfortunately, judging by the looks of the reunion trailer, what they got was more drama,

As Carole and Dorinda lash out at Bethenny, labeling her a liar, Ramona gets involved in the dispute and immediately takes aim at Bethenny’s fake breasts. Then, as Bethenny attempts to explain her season 10 behavior, things get even more heated as the women are heard yelling back and forth at the Skinnygirl creator.

Bethenny is also asked if she truly believes Dorinda is a “drunk” as she proclaimed early on this season.

Amid the screaming, Andy attempts to intervene, telling the women, “I want to hear her f**king answer!”

During another point of the clip, Bethenny gets out of her seat to confront Carole, saying,”Booyah, b***h! That’s what I said!”

“This is like Game of Thrones,” Bethenny remarks. “I am like the Mother of Dragons, fighting multiple blondes.”

Also summing up the event, Carole says, “I would describe reunion day as a blend of group therapy and torture.”

Watch the sneak peek below:

After taping the special weeks ago, Andy spoke to Entertainment Tonight about what fans should expect to see and described the reunion as a “gang bang” on Bethenny.

“I watched part one on the plane today and it’s great,” he dished. “What’s interesting is the women are gunning for Bethenny. It’s like a gang bang on Bethenny. Yeah, oh yeah. Big time. They came ready to go with her.”

As for LuAnn, who was in the midst of her second rehab stint at the time the special was shot, Andy said fans will definitely get to hear about the moments that led up to her latest visit to treatment.

“We discuss everything that happened with Luann this season, and there’s a lot of new information filling in a lot of blanks on that,” he said.