Home Real Housewives of Orange County News RHOC’s Shannon Beador Says Tamra Judge’s Claim that She Didn’t Ask About Eddie’s Health Is False, Plus Why Did She Miss Tamra’s Birthday Party This Weekend?

RHOC’s Shannon Beador Says Tamra Judge’s Claim that She Didn’t Ask About Eddie’s Health Is False, Plus Why Did She Miss Tamra’s Birthday Party This Weekend? 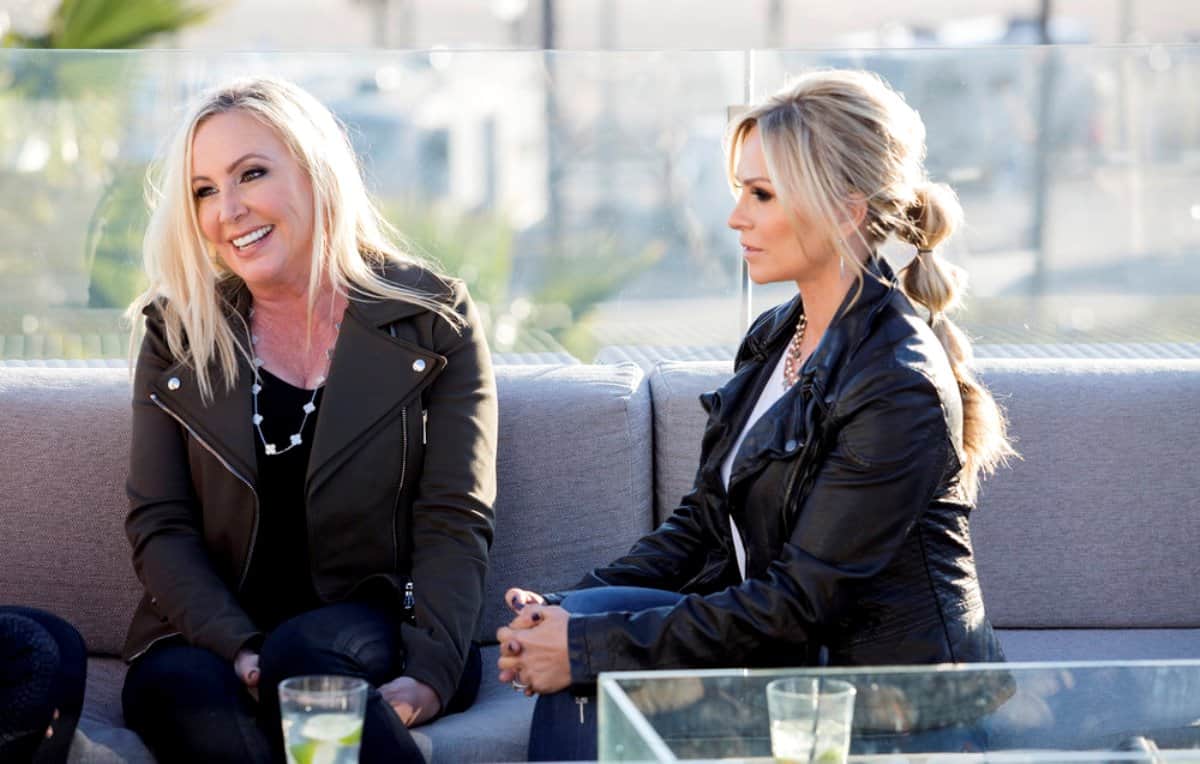 Season 13 of The Real Housewives of Orange County hasn’t been an easy one for series star Shannon Beador. In addition to her highly publicized and very contentious divorce, she’s also been a scapegoat, of sorts, for the other ladies.  If they’re angry, they often find a way to direct it toward her…even when she isn’t exactly deserving of it.

And following the latest episode of the show, which featured her argument with BFF Tamra Judge, Shannon took to her blog to share her side of the story, first denying Tamra’s claims that she didn’t inquire about her husband Eddie Judge’s health, and then wondering why Tamra didn’t discuss how she was feeling with her.

For starters, she responded to Tamra’s statements in her own recent blog post, in which she shared that she felt that Shannon ‘doesn’t trust her’ because she hired another trainer, despite Tamra’s many offers to help her get in shape — a statement Shannon describes as “heartbreaking” to hear.

“It’s heartbreaking for me to hear that Tamra feels I don’t trust her when it comes to my weight and working out,” Shannon wrote. “I absolutely do respect and trust her and just wish that her gym was closer to my home.”

What’s worse, according to Shannon, is that Tamra also accused her of not asking about Eddie’s health issues, something Shannon says is simply false.  All the same, it’s something she wishes Tamra would have discussed with her.

“It’s more upsetting to hear that she feels I don’t ever ask about Eddie.  This confuses me because I do.  I wish she would have communicated her feelings to me, because that’s part of a healthy friendship.  I can’t fix what I don’t know,” she explained.

Shannon’s had a tough road with the newbies too, and wrote that Gina Kirschenheiter was ‘putting words in her mouth’  when she told Emily Simpson about the things she’d said about Emily’s marriage during their group dinner.

“All I said is that their situation reminded me of something that might have happened in my marriage,” Shannon recalled.  “I never ever said I was concerned for Emily.  In fact, I said that I didn’t want to project my marriage onto her’s.  Also, when asked if I thought she was in a bad marriage, my answer was an unequivocal no.  I think Gina should have focused on her issue with Emily and stopped trying to deflect attention onto one simple, harmless statement that I made.”

Shannon’s blog seemed to end on a bit of a lonely note.  It’s clear that, after all they’ve been through, the last thing she expected was to have baseless allegations heaved at her from Tamra.

“I’m not quite sure why Tamra is so angry. I didn’t make a comment about Emily’s husband or go after him, which is what was continually alleged. I said that something reminded me of my marriage. Tamra wouldn’t let it go, and I felt the need to walk away because it wasn’t stopping,” she concluded.

In other Tamra/Shannon news, there was some speculation earlier this week on whether or not there was trouble brewing in paradise for the two BFFs.  See, Tamra celebrated her 51st birthday over the weekend and one person who was missing in attendance was Shannon!

The party, which was attended by Kelly Dodd and newbie Gina, was also missing Vicki Gunvalson. And while Vicki took to Instagram to wish Tamra a happy birthday, mum was the word from Shannon leading some to wonder if their drama from the show had spilled into real time.

However, it appears Shannon had a good reason for missing the birthday bash as she took to her Instagram page to reveal that she was sick.

“Fever and sore throat in the middle of the summer?!?! ??? Archie is taking care of me,” wrote Shannon on Monday.

You can continue to keep up with Shannon and the rest of the RHOC crew every Monday night at 9/8c. And a little bird tells me that you definitely want to tune in next week, as a showdown between the ladies threatens to change everything. Stay tuned!