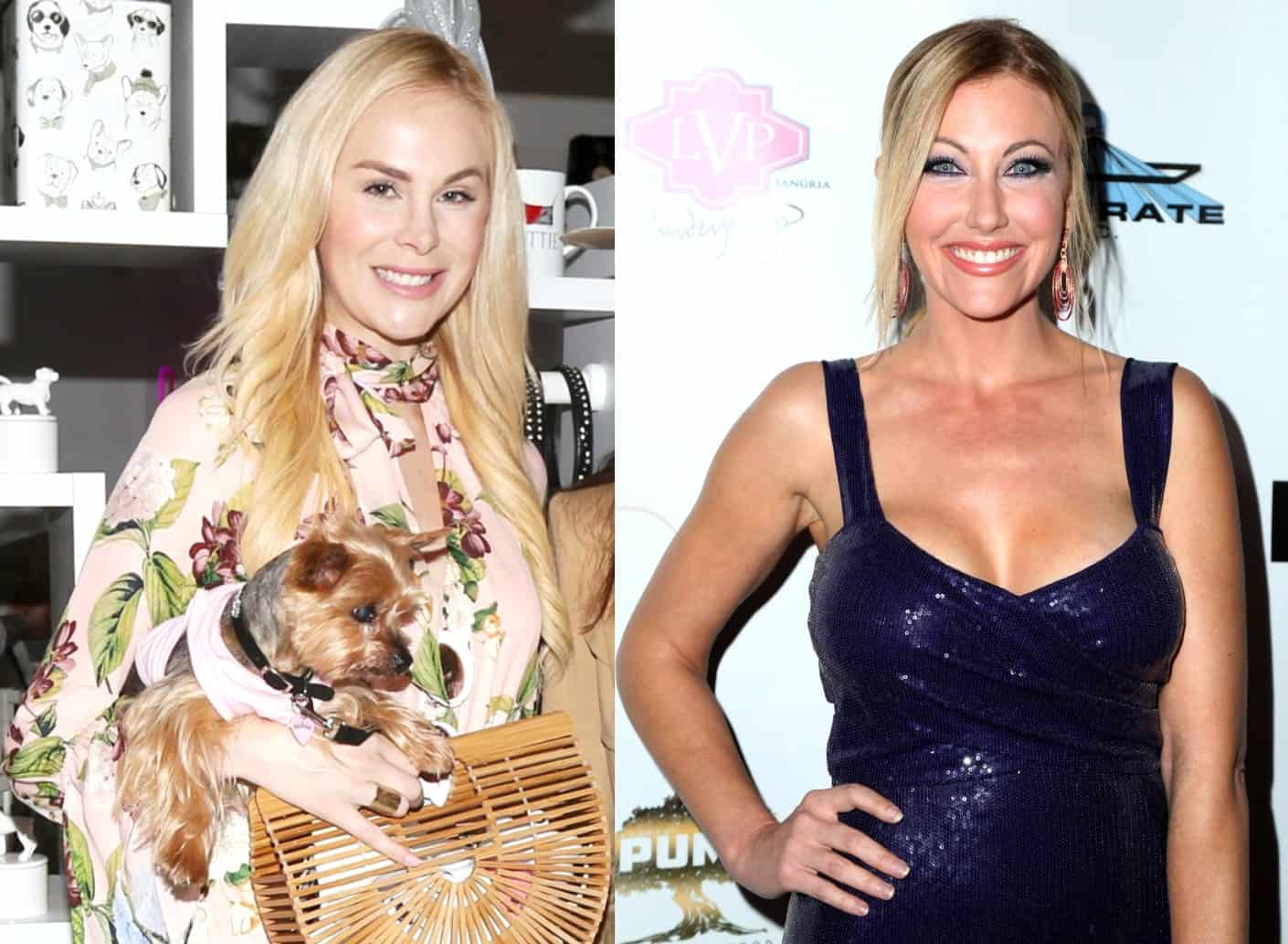 If you caught last week’s episode of The Real Housewives of Dallas, you know that co-stars Kameron Westcott and Stephanie Hollman got into a nasty spat that threatened to ruin the cast trip to Beaver Creek. Kameron is now discussing the blowup in a new interview, as she accuses Stephanie of purposely trying to make her look bad. Also, Kameon is revealing the real reason she got really upset over Brandi Redmond’s adoption secret.

Kameron first addressed Stephanie’s comment that she was ‘bashing Brandi for adopting a baby.’

“Stephanie said, ‘We are not going to bash her for adopting a baby.’ This is a classic Stephanie move, twist the story to make someone else look like the bad guy,” Kameron explained to Bravo.  “I would never bash someone about adopting a baby, (I mean what on earth?? Stephanie are we even having the same conversation?) I was just stating that my feelings were hurt by the way she delivered the news.”

The baby in question, of course, is Brandi’s new son, Bruin, whom she recently adopted with Stephanie’s help.  It all happened very quickly, and Brandi chose to keep her new addition a secret until the big “Bubbles and Bru” reveal party Stephanie had planned in his honor.

According to Kameron, the real reason she was so hurt at Brandi’s decision to keep her adoption under wraps is because the reveal party was actually three months after Brandi adopted her baby, and during that period, she had been spending more time with Brandi. She states that she thought they had gotten closer and was hurt to be left out of such a big secret.

“I hung out with Brandi multiple times before the party, and she never mentioned to me once that she had a new baby at home,” recalled Kameron.  “This is a HUGE DEAL! How could she go to lunch with me and not say a new baby is at home? She also already had him for 3 months when we met him. It’s not like he was an infant right out of the hospital.  Why couldn’t she just tell me that she adopted a child but to keep it under cover until the adoption is finalized? No one likes to be left in the cold and it definitely shows me I am not her close friend which hurt my feelings.”

Kameron admitted that perhaps she should have “just let it go and moved on,” but says she was’t “bashing” Brandi when she tried to express her feelings on the matter, and Stephanie knew it.

“Stephanie knew I was not bashing Brandi about the actual adoption (please, I am a mother of two and children are the most precious things in life),” she stated. “Stephanie just wanted to make me look bad and hope she could get to use her favorite credit card, the Innocent Victim Express.”

Kameron ended the melee by saying that if Stephanie was going to accuse her of “bashing” Brandi, she no longer wanted Stephanie in her home.

This definitely isn’t over!  You can see how it all shakes out when the RHOD returns tonight at 9/8c.

TELL US – DID KAMERON OVERREACT TO THE ADOPTION SECRET? OR WAS SHE RIGHT TO BE UPSET?