Thomas Ravenel and Ashley Jacobs are facing reports of a potential engagement just one month after calling it quits.

While the Southern Charm couple announced the end of their relationship in mid-August after about one year of dating, a couple of Instagram posts have fans and followers of the on-again, off-again couple convinced they may be preparing to wed — or already married.

On September 9, speculation began in regard to an engagement or secret wedding after a friend of Thomas and Ashley’s, Jason Jolly, shared a photo with the couple and congratulated them on their “special day.”

“Great to be with this couple on their special day! Congrats and best wishes!” Jason wrote in the caption of the photo below, which featured Thomas with a ring on his finger. 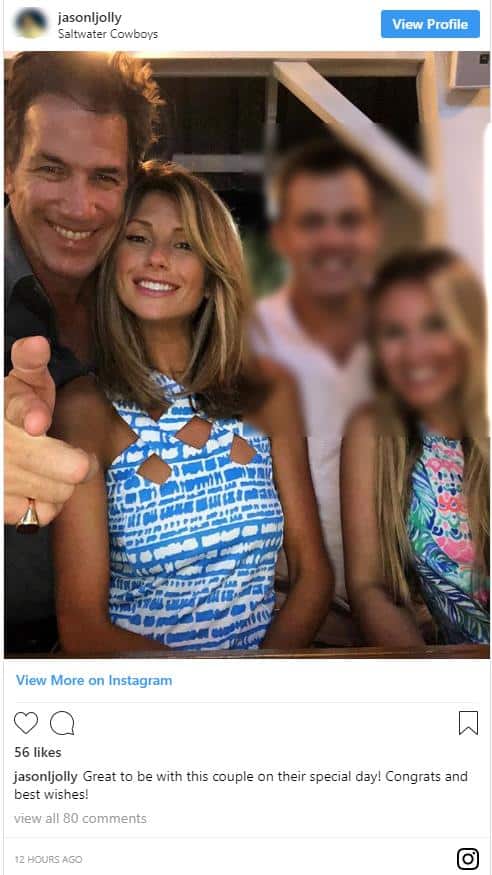 After the photo was shared, a number of people wondered what their “special day” entailed.

“Literally what……. did they get married??” one person asked.

“Are they engaged?” another wrote.

A third commenter suspected the couple’s reunion may have been prompted by their desire to extend their time on Southern Charm.

“Anything for some more air time I guess …. some people crave that 15 minutes of fame,” the person said.

Ashley, 33, further fueled the speculation of not just an engagement, but a possible wedding when she then shared a photo of herself wearing white on her Instagram Stories with the caption “Happy” on September 9. A screenshot is below. 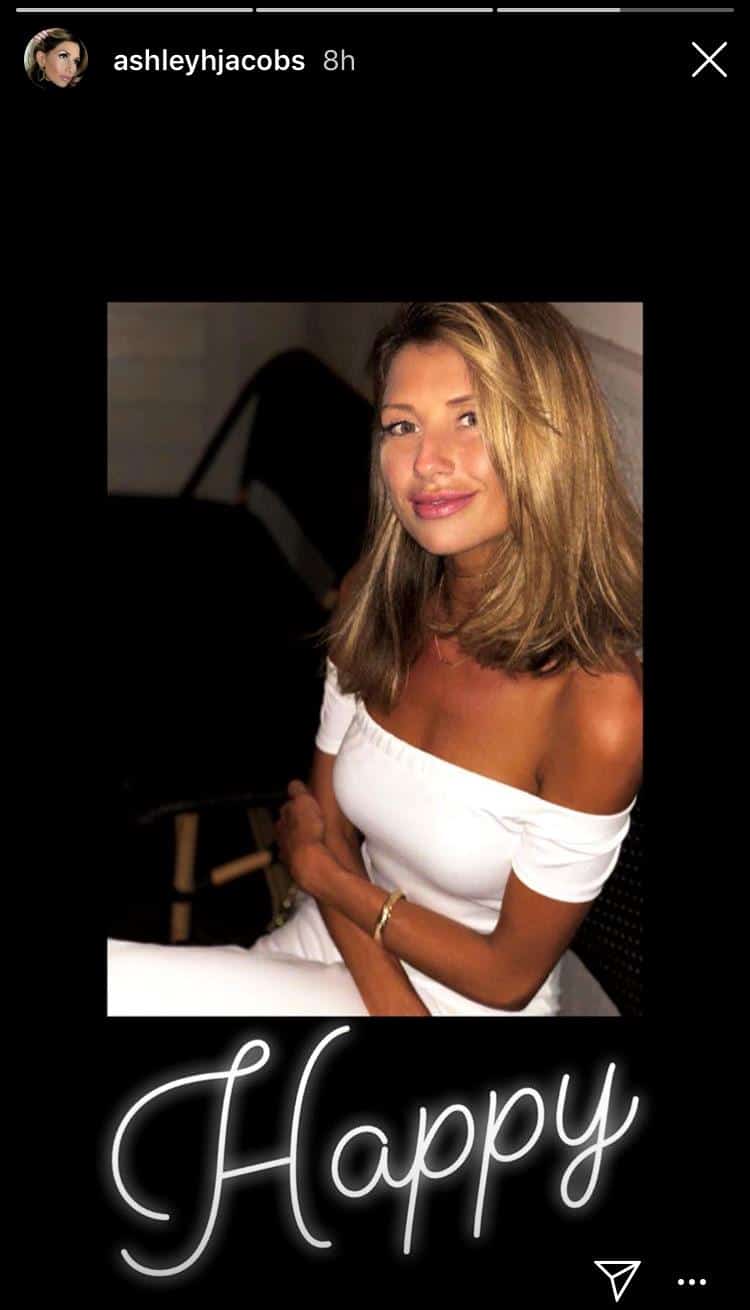 As fans may have heard, both Thomas and Ashley have said on their social media pages that they will not be featured on the sixth season of the show. However, it is unclear whether they quit the show or were fired.

On the same “special day,” Ashley was tagged in a couple of other social media photos, including the one below in which a fan snapped them and captioned the photo: “HOW? I repeat, HOW is this happening? #southerncharm#thomasravenel #ashleyjacobs.” 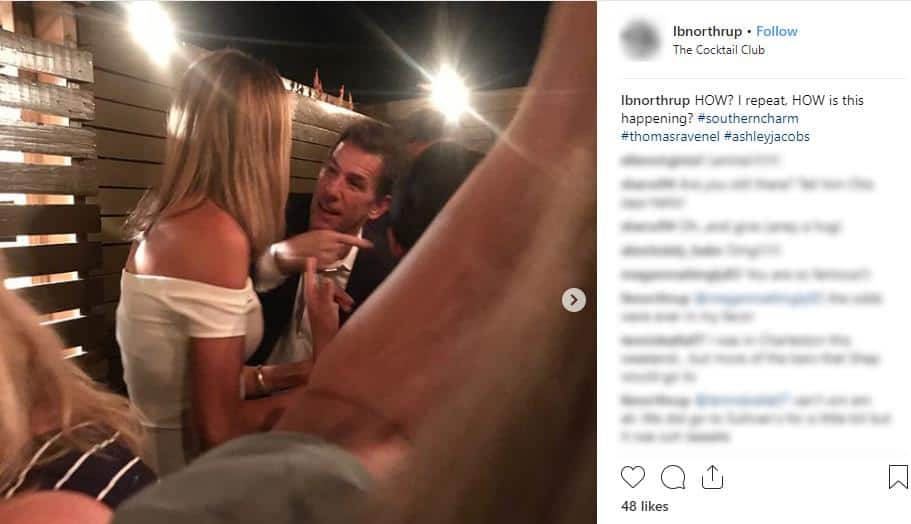 Ashley has been getting bombarded with questions by her fans and followers who want to know if she and Thomas are indeed engaged. So far, the usually chatty Bravo star is remaining mum.

Although Thomas and Ashley claimed last month that their relationship had come to an end, they continued to spend time together and were seen at a number of different locations throughout Charleston, South Carolina last weekend.

Production on the sixth season of Southern Charm is expected to begin in the coming months.

TELL US – DO YOU THINK ASHLEY AND THOMAS ARE ENGAGED?