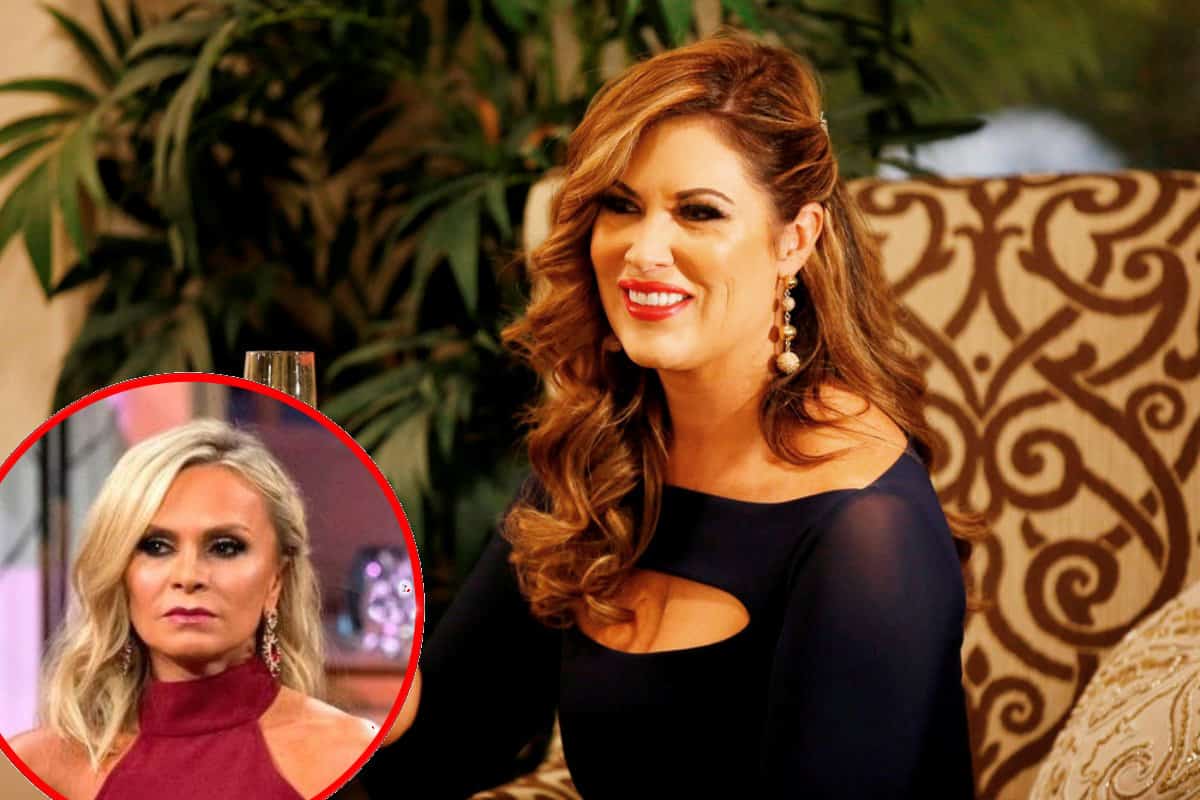 The ladies of the Real Housewives of Orange County have been having quite a time playing childish games this season…namely “telephone.” And now, newbie Emily Simpson is accusing her co-star and friend Tamra Judge of starting the whole thing when it comes to the gossip about her marriage.

If you recall, Emily’s husband, Shane Simpson, threw Gina Kirschenheiter out of their house after Emily’s poker party, stating she was too loud. And since, the ladies haven’t been able to talk of nothing else with Tamra leading the charge about whether Shane is controlling or out of line due to his behavior. It appears Emily’s been taking notes as she is now calling out Tamra for stirring up drama.

“Well, Tamra definitely got the ball rolling by initiating the whole conversation about Shane and my marriage at dinner, followed by her stoking the flames with comments such as, ‘So do you think it’s a bad marriage?'” said Emily in her Bravo blog post.

Um…yeah? Have you met Tamra? That’s what she does! But Emily was a big enough person to acknowledge the part she played in the drama.

“But I do also recognize now that following that evening, there was a big game of “telephone” going on between all of us,” she added.

Following “that evening,”  Shannon Beador took the brunt of the blame for the ensuing drama after word got back to Emily that she insinuated Shane was abusive, which wasn’t the case. Emily says she now sees that it really wasn’t fair.

“I definitely see now that after I left Tanners, Shannon was simply sharing her own personal experience of her husband and marriage,” Emily explained.  “She was sure to make it clear that she was only sharing what she knew of her husband and herself.  I can appreciate this.”

And this is exactly why it’s never a good idea to play “telephone.”  Things get twisted when they get repeated, and Emily said that’s exactly what happened.

“When Gina later conveyed to me what Shannon shared with the ladies, Gina said Shannon expressed “concern” for me,” she explained. “I now see that Shannon NEVER used the word “concern.”

EMILY’S HUSBAND SHANE ACCUSED OF ABUSE BY HIS EX-WIFE

Emily added that she’d jumped to conclusions about what Shannon had been implying, and took the time to apologize for her mistake.

“Unfortunately, I incorrectly made the leap in my mind that she felt I suffered “abuse” in my marriage–a connection I shouldn’t have made, and a word I wish I didn’t later accuse her of using.  For that, I’m sorry Shannon,”  she added.

Sounds like it all got tied up with a nice big bow, huh? Hahahaha…no! That’s not how this works.  In tonight’s episode,  the ladies will finally meet Shane face to face, and the ensuing drama is sure to go down in RHOC history. Feel free to check out the preview clip below.