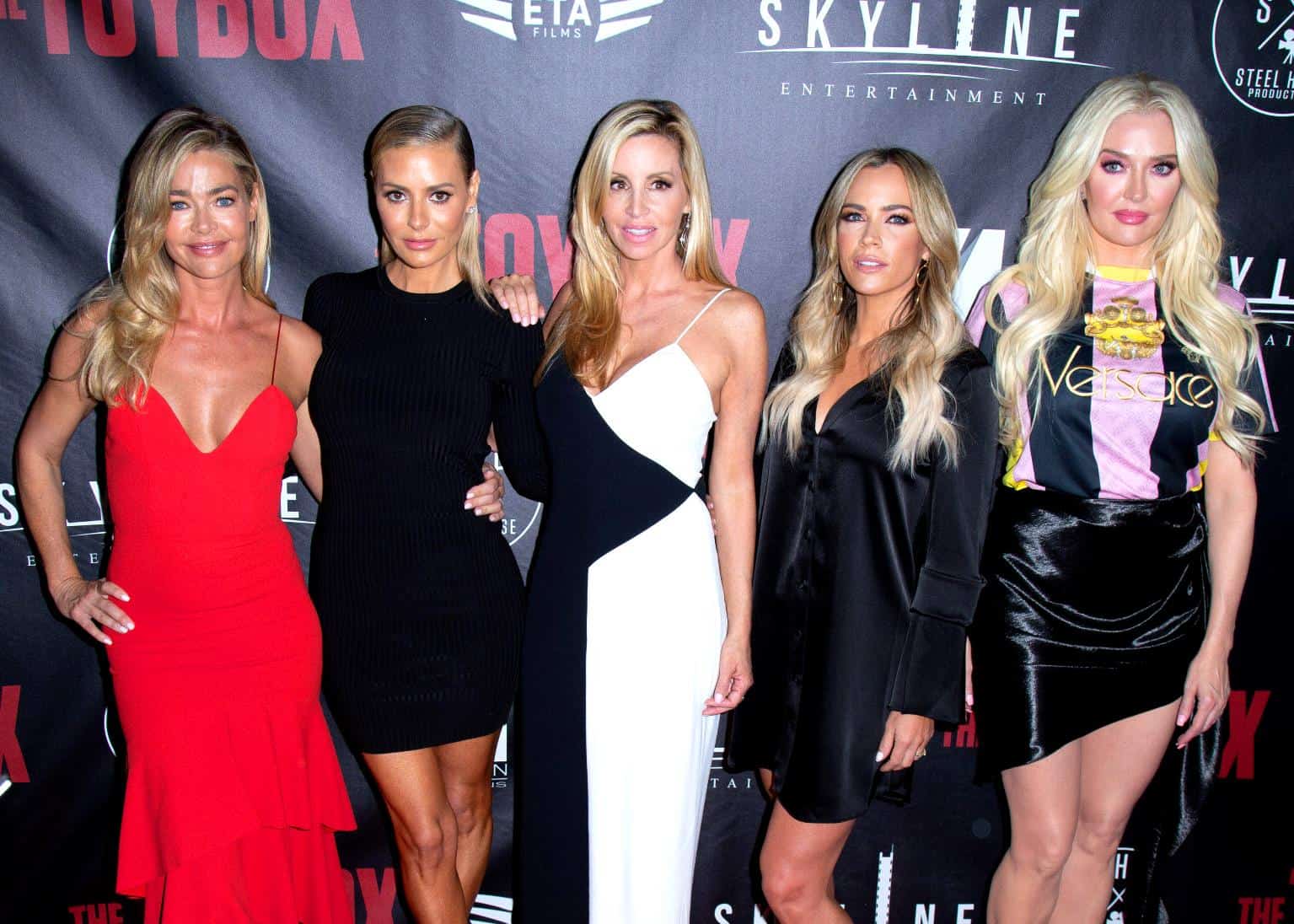 What does the cast of The Real Housewives of Beverly Hills think of their newest co-star, Denise Richards?

On Friday, September 14, Denise and several of the returning members of the show, including Dorit Kemsley, Camille Grammer, and Erika Girardi, attended the premiere of Denise’s new movie, The Toybox, where they addressed the casting news.

“The thing about Denise is that she’s really chill and down to earth. But she will stand up for herself,” Camille revealed to Us Weekly. “She won’t start the drama.”

“I really like Denise. Denise is very cool,” Erika said. “She’s been around a very long time. She knows what’s important and what isn’t.”

“I think you’ll see her as very levelheaded. And actually very bright,” Erika continued. “Because she says some things sometimes that are very unexpected that sum up ideas very quickly. I think you’d be surprised at some of the insights she really has.”

“She’s such a cool girl. She’s so down to earth,” Dorit added. “I really connect with her … We have a blossoming friendship. We check in all the time. I’ve really enjoyed her! I’m really happy she’s on the cast. [She’s] very easy to get along with [and has] a great heart. I’ll be honest, I haven’t seen anything but beauty in her.”

Also at Friday’s premiere, Denise revealed how she feels about her co-stars and addressed recent rumors regarding alleged feuds with her co-stars.

“I love all of them,” Denise told Entertainment Tonight. “I do!”

While Denise faced rumors claiming she was joining the cast of The Real Housewives of Beverly Hills for years before it actually happened, she never believed she was “fancy enough” to be considered.

“I never saw myself [as] fancy enough to be one of the housewives but I thought, Why not?” Denise said. “I’ve been through so much in my life and I’ve been very private about a lot of it and I thought, I’m in a really good place and that would be fun to be a part of the show.”

“It was a little daunting when we go into restaurants and stuff, because I’m used to scripted, where there’s extras, and when we go in, there are no extras, and we kind of make a spectacle of us walking in. And then when something happens, it becomes.. it’s crazy,” she admitted. “So it is very different, but I love it. I’m having such a good time. I really enjoy them. Yeah, it’s fun!”

The Real Housewives of Beverly Hills will return to Bravo TV for season nine later this year.