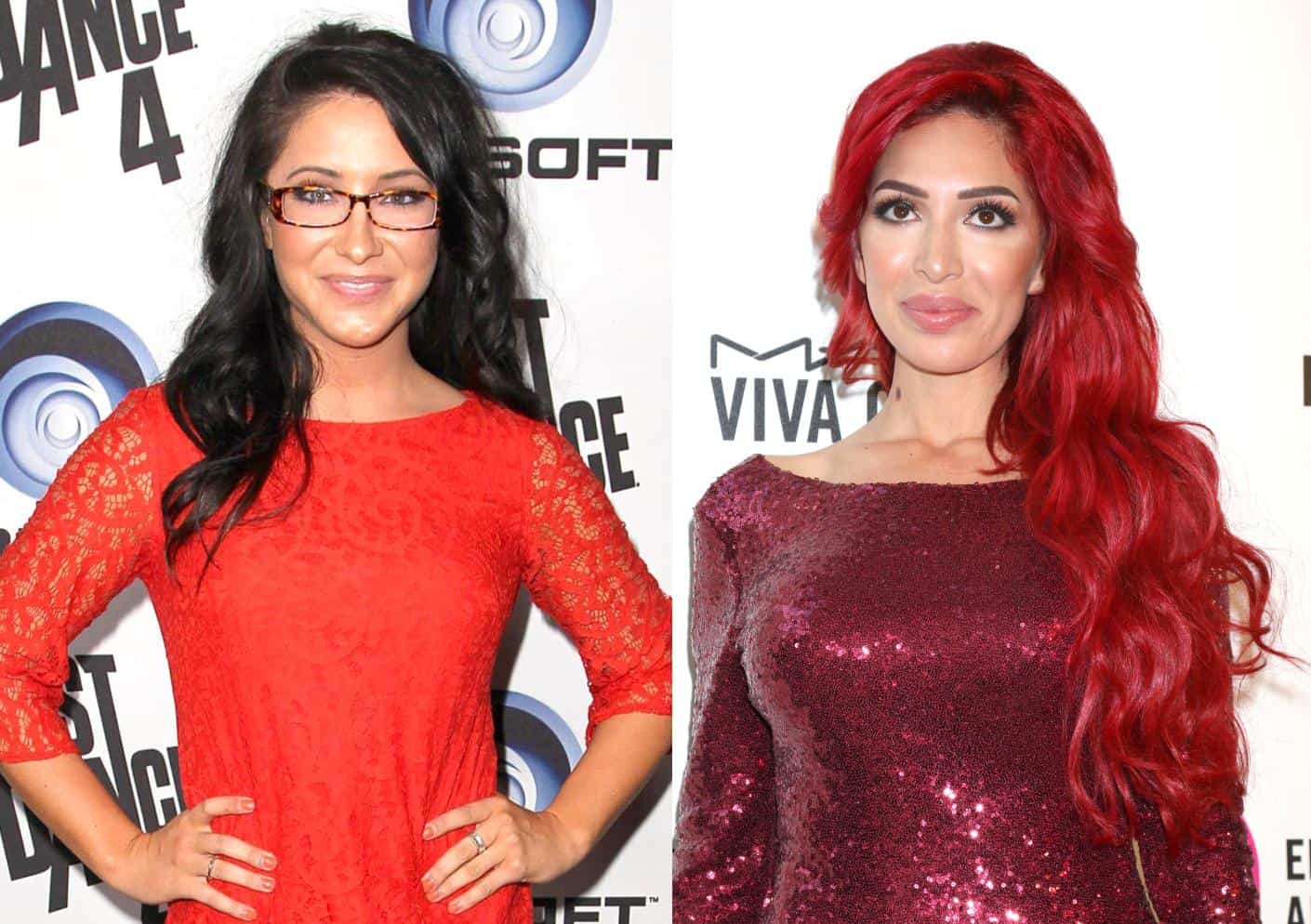 Bristol Palin isn’t backing down when it comes to Farrah Abraham‘s past claims about her.

After Farrah slammed her Teen Mom OG replacement during an interview last month, claiming she was trying to be her, Bristol appeared on The Jenny McCarthy Show, where she shot down the idea and said she can’t stand people like Farrah.

“Girlfriend, like I watch the show and I kind of felt bad,” Bristol said on September 18. “I know how it feels to be judged off the bat. I feel like I walk into a room and people just whisper.”

When Bristol was first introduced to Farrah on MTV, she felt she was potentially “just misunderstood.”

Now, however, after Farrah told Us Weekly she was “scared” after Bristol “moved to the same place I live” and joined her former show, Bristol is making it clear that she is not trying to copy Farrah’s life.

“It’s like girlfriend, you could not pay me to want to be anything like you,” she told Jenny. “Honestly. No, I’m not trying to be like her.”

“This is the only time I’m going to address it. I can’t stand people like that,” Bristol continued. “That are just like searching for attention. So, it’s poke, poke, poke. No. It’s like you’re like that on the show because that’s just how you are.”

Bristol did add that she has met the remaining cast members and that they were “incredible.”

Farrah also slammed Bristol during an interview with TMZ, telling the outlet Bristol was nothing more than another mom and suggesting MTV chose someone more like her in the future.

“I wish her all the best and all the safety for her family and her kids. It’s just weird that she thinks that she’s showing anyone a new journey. She’s basically another Maci [Bookout] with three kids on the show,” Farrah said.

“I hope that one day they have an amazing hard working mother like myself with a single child on the show as well because they’re really missing that in the story-line,” she added.