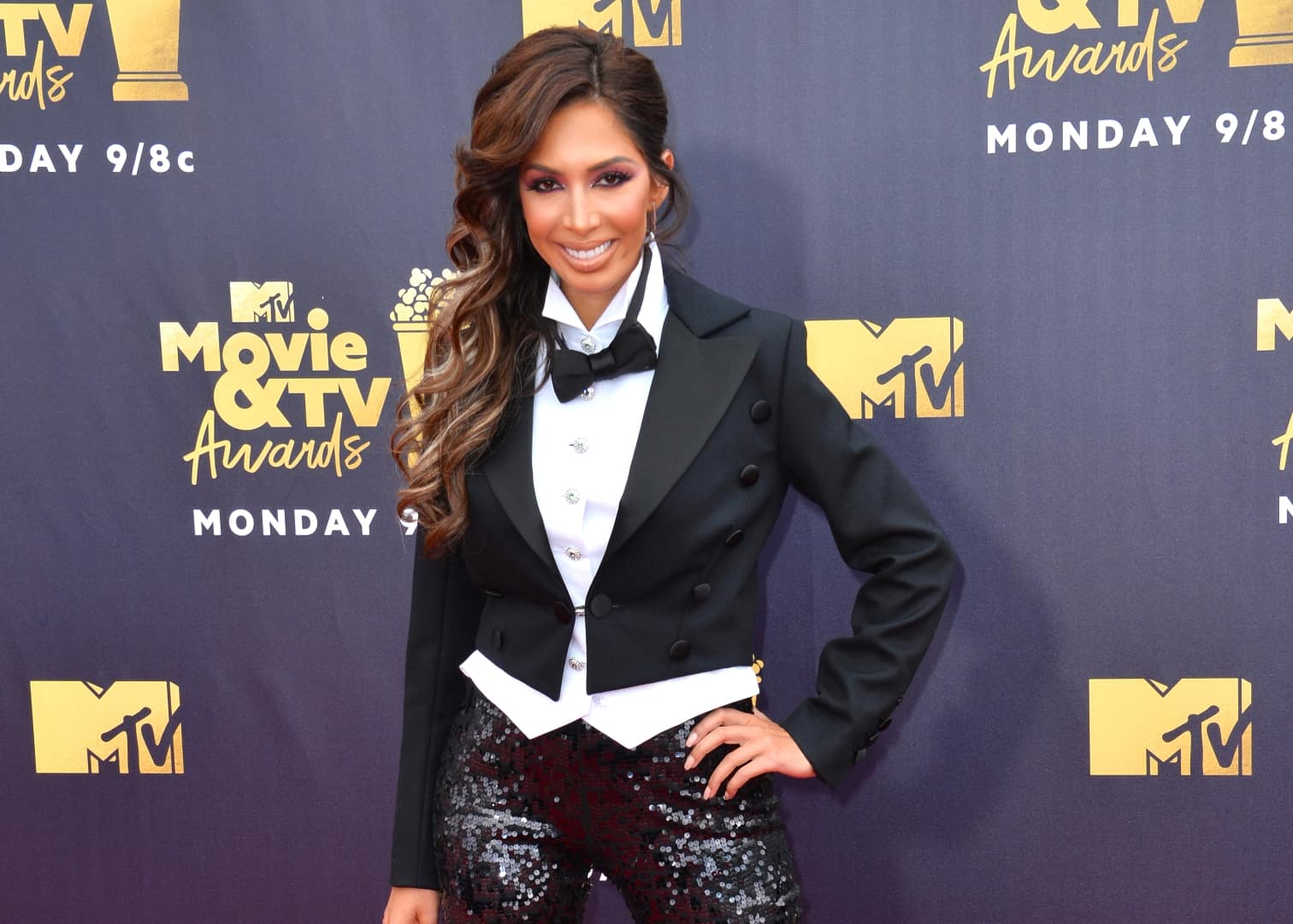 Farrah Abraham is speaking out after learning Bristol Palin will be replacing her on Teen Mom OG.

“I wish her all the best and all the safety for her family and her kids. It’s just weird that she thinks that she’s showing anyone a new journey. She’s basically another Maci [Bookout] with three kids on the show,” said Farrah.

She added, “I hope that one day they have an amazing hard working mother like myself with a single child on the show as well because they’re really missing that in the story-line.”

Farrah also took some time to slam her former co-stars, Catelynn Lowell and Tyler Baltierra for calling her MTV firing “great” and “awesome” during an appearance on The Dr. Oz Show last week.

Speaking out in a new interview, Farrah called Catelynn and Tyler out for being jealous of her success and suggested she wasn’t actually fired by MTV.

After Catelynn told Dr. Oz that she gave her producer, Morgan J. Freeman, “huge kudos” for confronting Farrah about her involvement in the adult industry during an episode of Teen Mom OG in March, Farrah told TooFab that she does not currently have a career in adult entertainment.

In March, Morgan told Farrah that he would be unable to move forward with her on Teen Mom OG if she continued to promote her career in adult entertainment. In response, Farrah refused to quit what she was doing outside of her MTV commitments and that is where her career with the network came to an end.

“[I] last helped an adult charity for women’s voices and was not fired [by MTV] legally,” Farrah explained.

“The bullying and losing of Farrah’s brand by MTV talent who continues to have jealousy attacks towards her are pathetic,” Farrah continued, referring to herself in third person. “Farrah is the one out of all the cast who is still and always be the star of the show, the show is over with all of the unsafe production around kids. Farrah has a global brand that stands up to improve the adult entertainment industry, so it’s safer for women like Stormy Daniels.”

After her role on Teen Mom OG came to an end, Farrah filed a $5 million lawsuit against Viacom, the parent company of MTV, claiming she was disrespected and sex-shamed by the network.

“I commend Farrah for winning a lawsuit and settling with Viacom for their wrongdoing toward a female. #TimesUp #MeToo,” she said. “Farrah wants nothing to do with a hateful losing culture that wants to hurt women and teen moms and ‘Teen Mom’ is on the verge of being cancelled without Farrah. Farrah’s brand grew bigger then ‘Teen Mom’ and is working on her own scripted web series showing Teen Mom life as it should be, not how ugly MTV’s ‘Teen Mom’ is now.”

During last week’s episode of The Dr. Oz Show, Tyler said that Farrah simply doesn’t fit in with the rest of the cast before taking aim at her personality.