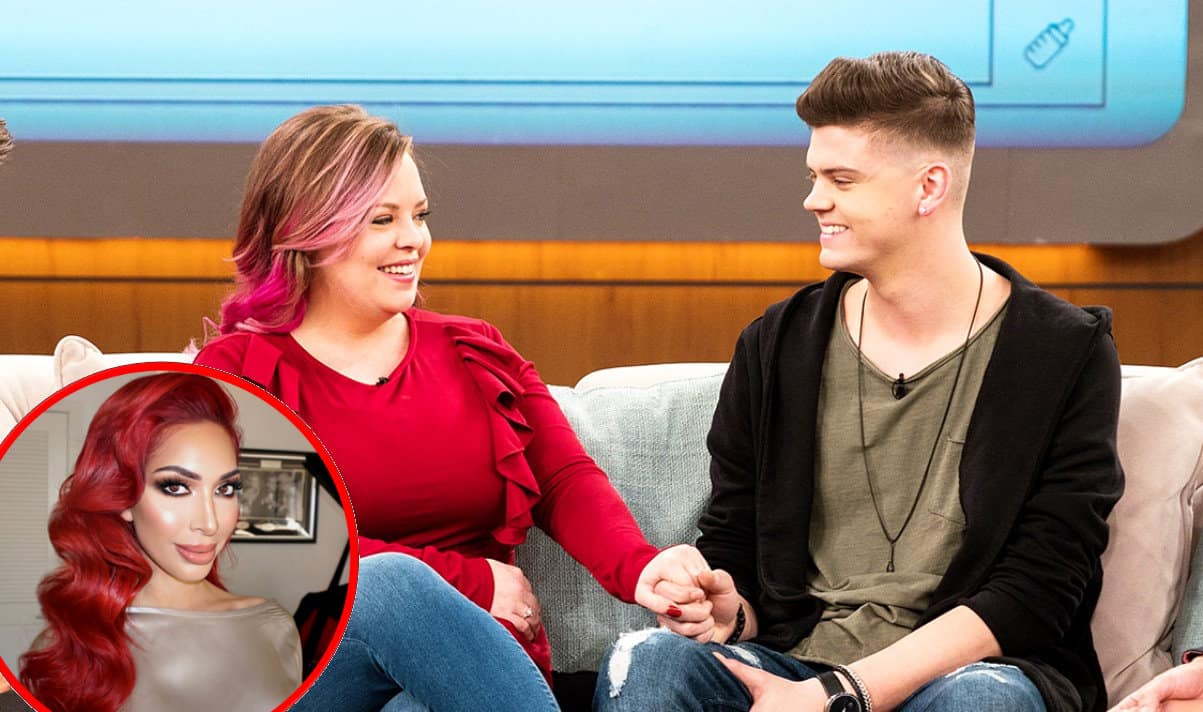 Teen Mom OG stars Catelynn Lowell and Tyler Baltierra discussed MTV’s firing of Farrah Abraham during a recent appearance on The Dr. Oz Show. The couple also spoke of their struggles with depression and how those struggles have impacted one another.

First, Tyler and Catelynn were asked about MTV’s decision to fire Farrah from Teen Mom OG due to her refusal to stop filming adult videos.

He continued, “She’s not a really nice person to be around.”

During the couple’s episode, a cryptic Twitter post shared by Tyler in April was also a hot topic.

Laying in bed next to my peacefully sleeping wife. I can hear my daughter snoozing away through the monitor in her room. My dog is cuddled up on the floor next to me…& yet I feel so empty…so alone #TheCruelIronyOfLife

Tyler shared the message above after Catelynn attempted to get to the bottom of her emotional struggles with several stints in rehab at the end of last year and early this year. Right away, fans flooded Catelynn with backlash for allegedly failing to support her husband through his own struggles.

Although Catelynn initially blamed herself for the way Tyler was feeling, she later realized that his depression didn’t have anything to do with her.

“I woke up in the morning and I was hanging out with Nova and he was sleeping. Then, I read it on Twitter and instantly my first reaction goes to my trauma of like ‘What did I do?’” she explained on the show. “Then, I was like no. I talk to myself, that’s my trauma stuff. And then I’m automatically like it has nothing to do with you, just go in there and ask, ‘Is there anything I can do for you? Is there anything you need?’”

Catelynn and Tyler tied the knot in August 2015 after several years of dating and two children, nine-year-old Carly, who they put up for adoption in 2009, and three-year-old Novalee Reign.

Catelynn also spoke of the suicidal thoughts she experienced after suffering a miscarriage last year.

“I mean I’m really glad that I’m like super self-aware because I think a lot of people aren’t,” Catelynn said. “But as soon as I noticed that I was picturing myself driving into the ditch and hitting a pole or I was walking around my bedroom one day and there was a belt and I’m like I could use that and literally it could be over with.”

“I’m thinking of every way possible to kill myself and I know this isn’t right,” she added.