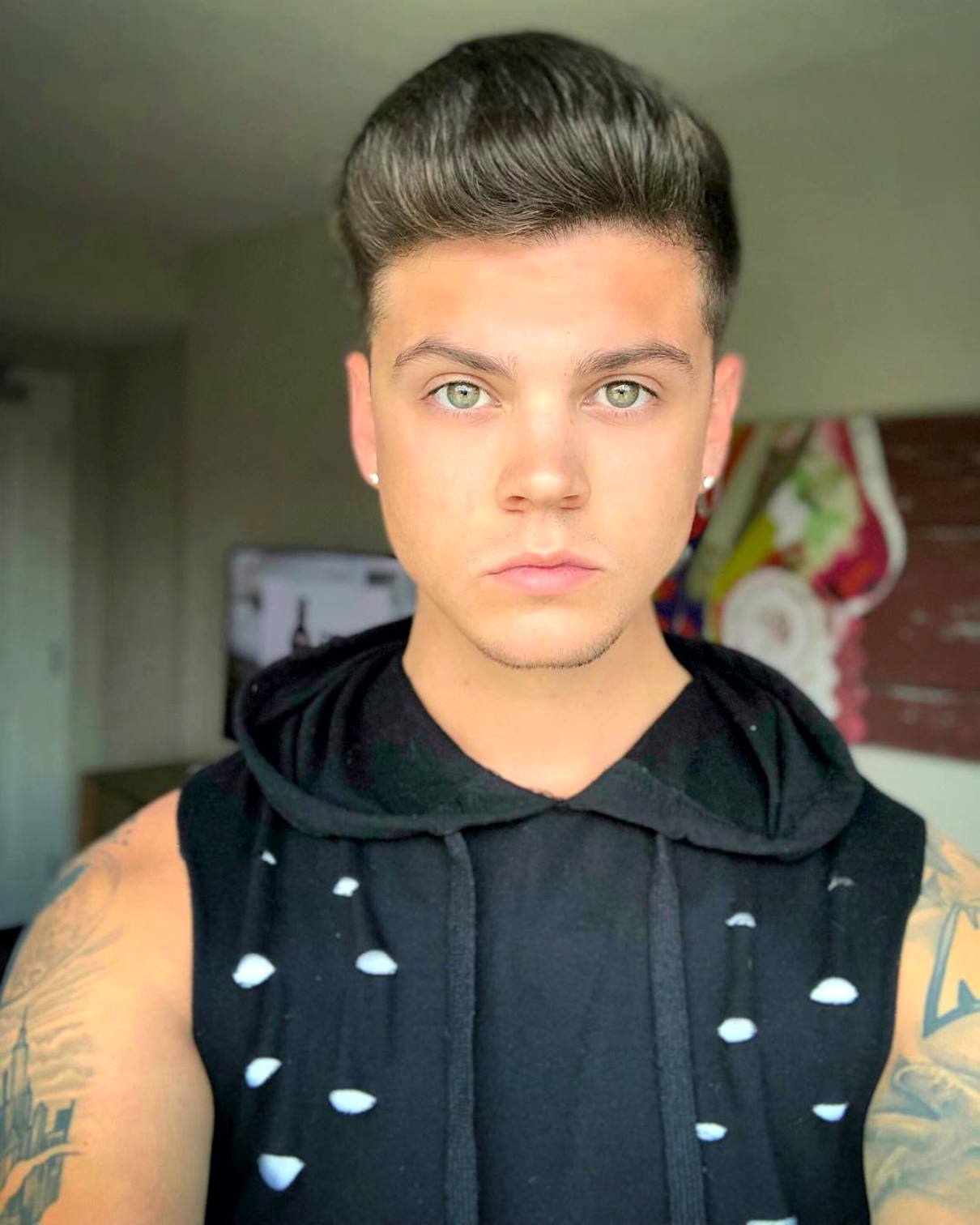 Tyler Baltierra shared a heartbreaking poem with his fans and followers on Instagram over the weekend.

Months after opening up about his bipolar disorder during the Teen Mom OG season seven reunion, Catelynn Lowell‘s husband posted a story about a dark time in his life, when he was just 11-years-old, and chronicled the moment he nearly took his own life.

“I wasn’t going to post this poem…but I know that I’m not the only one who went through mental health struggles & I know that someone can relate to this experience, which is why I decided to vulnerably share this with you guys,” he wrote in the caption of his post. “This was written about a very dark time in my life & I still don’t like to categorize myself as a survivor but the older I get, the more I realize that we are ALL survivors & we ALL are worthy enough to live!”

“I know it’s getting deep out there, but hang in there, it keeps going & there’s more from my heart that I gotta pour. Now imagine a little boy almost 12 years old with an angry core & he’s already smoking & trying to find a way to not have his mind collapse to the floor,” Tyler wrote in his poem.

“He goes to school, no he’s not a fool, his grades are good, but he’s more comfortable with his attitude & uses his anger as his tool to get through,” he continued. “He enjoys arguing, has an authority problem, loves watching these teachers get worked up hatin cause they think that boredom is really the problem like it’s so common, he gets suspended but no, that boy ain’t stoppin. It doesn’t bother him that bad cause he knows this week he’s gonna see his Dad. But ya see, later on that week, he gets a call from his Dad that makes his knees become weak, ‘Sorry Son, your Dad f**ked up again, I have to go back to livin in prison ya see, this is hard on me.”

Tyler went on to reveal in graphic detail the way in which he attempted suicide.

“He climbs up a tree in the backyard & starts to ponder. As tears fall from his cheeks, he can see the rope that’s tied to a tire, where he used to swing as a kid just to see if he could get higher,” he wrote. “He’s always been a fighter, but he thinks today is his time to surrender. He grabs that rope, ties it around his neck, then jumps with the weight of all his emotions & he can’t seem to cope with all that, which makes that rope snap back.”

“He claws his fingers into his neck to relieve the pressure, he looks at the back door, his brain searching desperately for something to climb after & he pictures what his mom will find & then it hits him in time, he knows she deserves better, he knows she’s not a quitter & she didn’t raise a quitter,” Tyler continued. “So he keeps clawing his neck deeper, he keeps stretching his toes that can’t reach the ground or follow the leader, he’s fading away but his motivation is eager & he don’t wanna die, he’s just gotta try to survive.”

“He catches the tip of his feet on the dirt for a split second now he doesn’t hurt, it’s only a split second but it’s long enough, he thinks to himself now it’s time to get tough! He pulls his body weight up, slips through the death hold, then falls to his knees through the weakness as he sees all these emotions start creeping up,” he said.

Tyler first went public with his past suicide attempt in March when he and wife Catelynn appeared on the Voices for Change 2.0 Podcast.

“This is my story, now hopefully you understand a little more about me as a human being with a spirit, a soul, & a life worth living for,” he continued. “We’re all just human being that have to believe that we can achieve what we’ve always believed… to love & be loved back effortlessly by continually repeating these words in our head… don’t ever stop being unapologetically me ever again.”

After revealing his bipolar diagnosis in April, Tyler told his Twitter audience that he was researching the disorder and hoping to find a natural remedy to treat it.

“I’ve been doing non stop research on the diagnosis, the different remedies to combat the symptoms, & how to better understand it. I did refuse medication, but only because I wanted to try all of the natural remedies first. It’s a journey!” he tweeted.