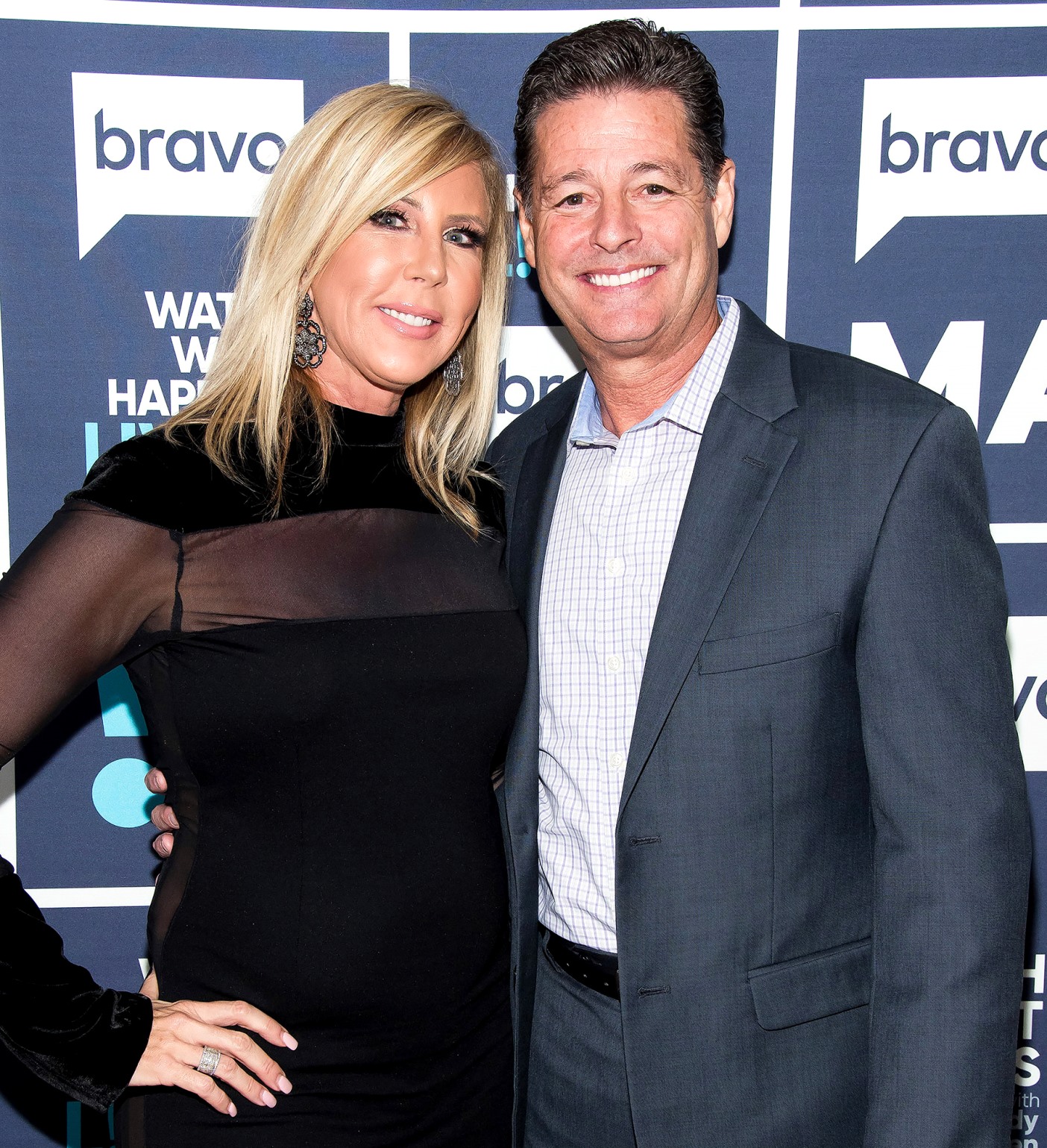 Vicki Gunvalson spoke of marrying Steve Lodge just months ago but now, as their relationship continues to face criticism on The Real Housewives of Orange County, they are said to be on the verge of a breakup.

Just months after the reality star moved her ex-cop boyfriend into her Southern California home, an insider reveals Vicki is planning to call it quits with Steve — and also planning to blame their breakup on his alleged reservations to take the next step.

“Vicki is going to spin this breakup like Steve wasn’t ready for marriage so that is why she ended it, but in actuality the two of them haven’t been on the same page for a while now,” a friend of Vicki’s explained to Radar Online on September 20.

Vicki and Steve began dating in 2016 after meeting at a charity event following her messy split from Brooks Ayers, who was accused of lying about a stage four Non-Hodgkins lymphoma diagnosis on a previous season of The Real Housewives of Orange County.

Although Steve is currently working as the Principal of public relations firm Chamus and Associates, he’s not quite as busy as Vicki and because he spends a lot of time at home, tensions have grown between them.

“Steve thinks that he can be a stay-at-home boyfriend and he just can’t!” the insider said.

During a recent episode of The Real Housewives of Orange County, a number of Vicki’s co-stars suggested the longtime reality star had a sugar-mama situation on her hands,

Meanwhile, Tamra Barney said Vicki wanted to be set up by a matchmaker because “she does not love Steve.”

Although Emily Simpson attempted to defend Vicki’s relationship, saying that because Vicki has her own money coming in, it is completely fine for her to date someone who isn’t as wealthy, Vicki quickly shot down her statement, saying Steve “has money.”

Still, the Radar source claimed Kelly and Tamra may have been accurate with their statements.

“Vicki isn’t in love with him and she can’t force herself to be. They are never intimate and she is starting to see what others have seen all along — that maybe Steve is only in it for her money and fame,” the insider added.

TELL US – DO YOU BELIEVE STEVE IS WITH VICKI FOR HER MONEY?