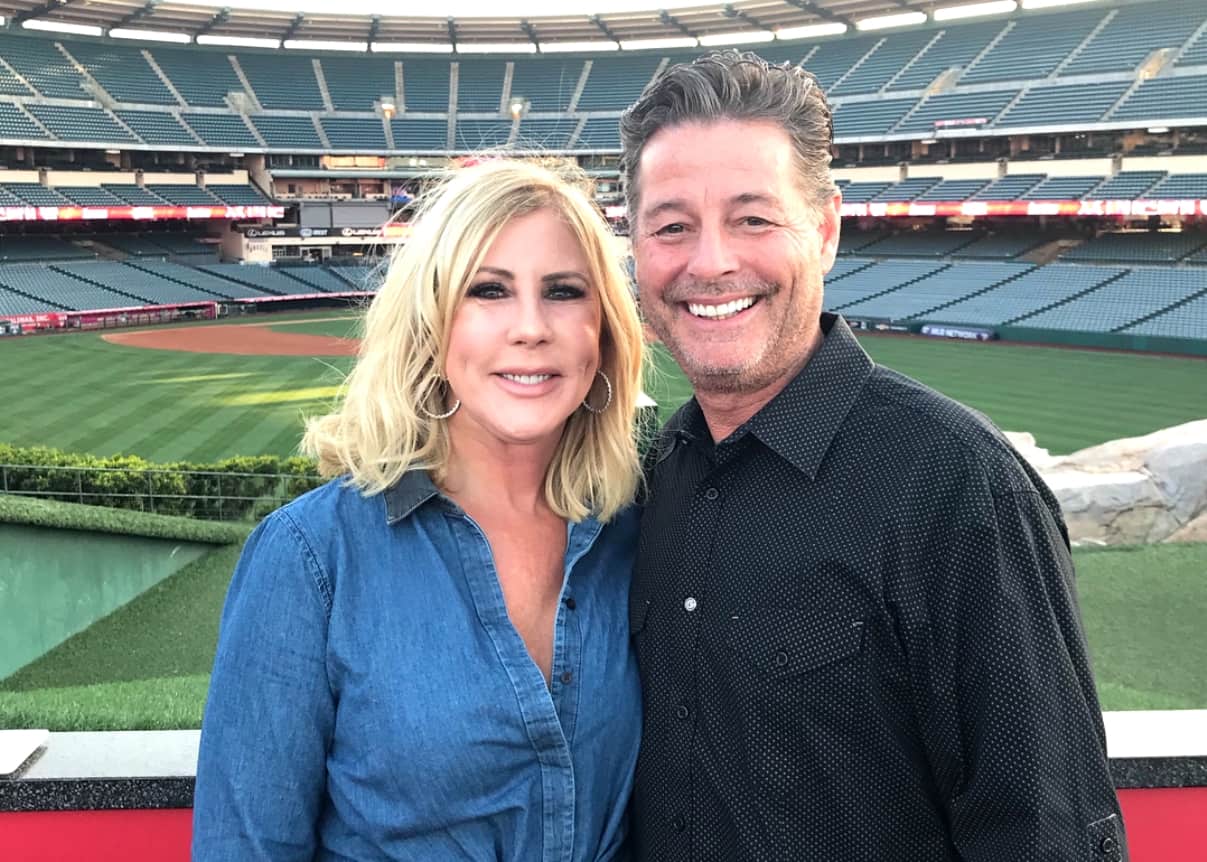 Does Vicki Gunvalson have a violent man in her life?

Following rumors of a potentially impending split from Steve Lodge, a report has disclosed new details about the boyfriend of The Real Housewives of Orange County — and his allegedly dirty past.

First, a reader sent us an article from the LA Times which reveals a jaywalker was awarded $612,000 in court, back in 1990, after “a Santa Ana police officer used excessive force by throwing him to the ground and beating him with a baton.”

That officer in question was Steve, and the jurors in that case awarded the money to the victim who had a “back injury and a slash to his head that were incurred in the confrontation.”

A different report by the OC Weekly states that two additional ‘police brutality’ lawsuits were filed against Steve, in 1991 and 1997, but those cases were ultimately dismissed.

Radar Online is also reporting today that in addition to his supposed “political lies and manipulations,” Steve has failed numerous times at running for office and has several fight and assault charges on his record.

During his time working as a police officer in Santa Anna, California, Steve, who met Vicki at a charity event in 2016, was accused of assault and battery twice but ultimately, the cases against him were dismissed. Steve was then hit with a restraining order after he allegedly engaged in a physical altercation with a man who was sleeping with his now-ex-wife.

“Mr. Lodge assaulted me, including but not limited to punching me in the face multiple times,” Michael Thomas alleged in court documents in 2012.

That same year, Steve was sued by elector Cynthia Ward after he changed his name from “Steve Lodge” to “Steve Chavez Lodge” on ballots during his run for Anaheim City Council.

“This is not his legal name. Nor is that the same under which he is registered to vote or the name under which he owns property. Rather, the use of the middle name ‘Chavez’ appears to have been adopted recently for political purposes,” her documents explained.

After being accused of using the name to mislead voters, Steve not only lost the race for a spot on the Anaheim City Council, but landed in dead last.

“He moved in without any furniture,” a neighbor said at the time.

What an incredible romantic trip we have had. Thank you Greece for your hospitality and incredible food and experiences. #atv #sunsets #vacation #santorini #mykonos #steves60th #privatecatamaran #cookingclass #rocabellamykonos #doihavetogohome #blessed

During a recent episode of the RHOC, Steve was accused of dating Vicki for her money and Vicki was accused of asking to be set up with a matchmaker behind his back. Although Vici denied the claims against her and her man, that hasn’t stopped rumors of a future breakup between them.

We’re heading to Greece to continue @stevelodge_oc ‘s 60th Birthday celebration! You can come with us on our next vacation to Puerto Vallarta in December. Check out the link in my story or bio to book or go to www.anexclusiveaffair.com #vacationwithvicki