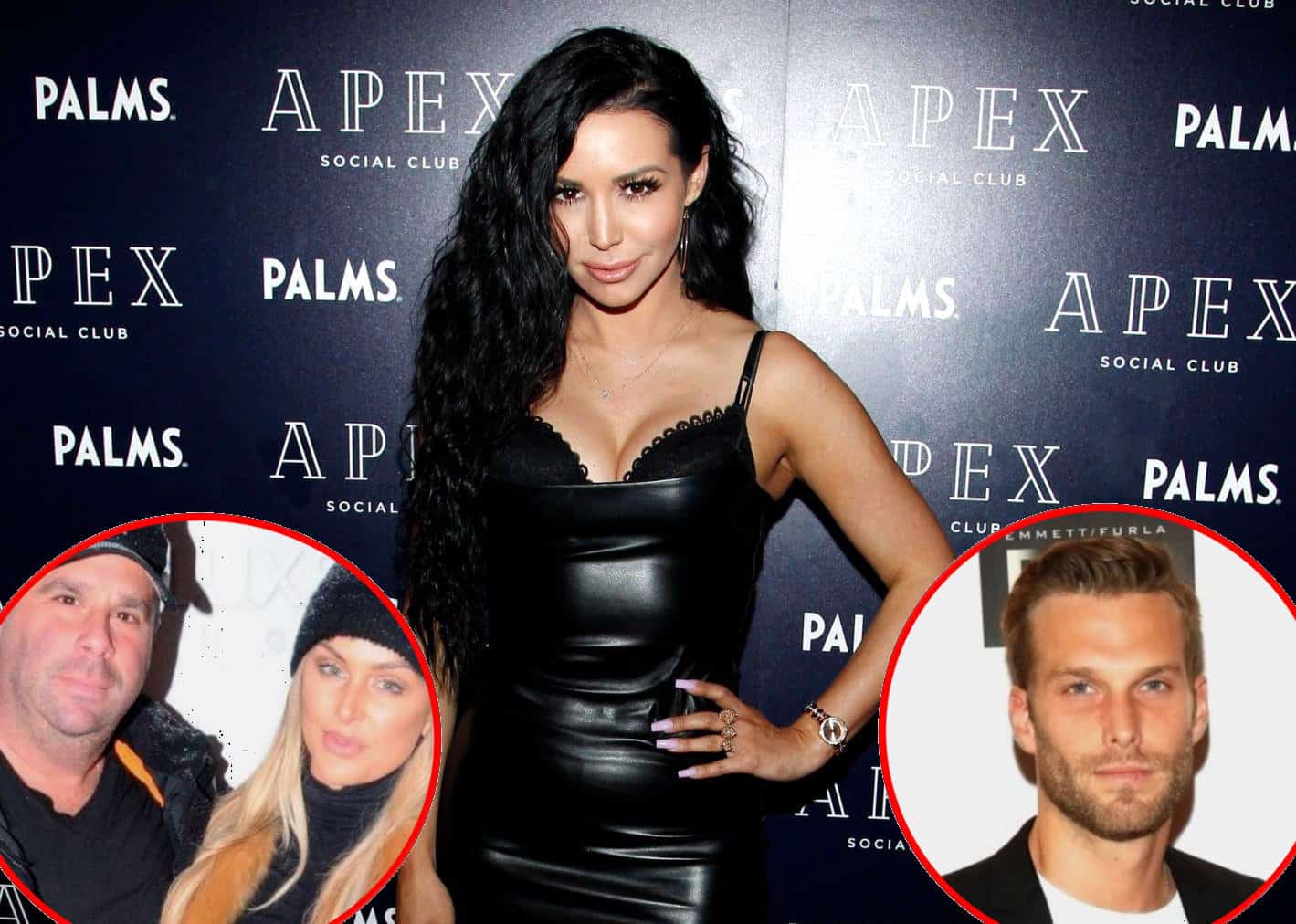 During her recent appearance at the launch of the Firework App in Los Angeles, Scheana spoke about Lala’s exciting news and revealed details about her own relationship status.

“She’s such a woman. She’s not like this little girl taking her top off, being inappropriate. She’s a stepmom. She has grown so much,” Scheana continued. “I was telling her recently, ‘I look up to you. I want to be like you.’ I just think she’s amazing and so f**king talented so I couldn’t be happier for her.”

As for her own dating life, Scheana insisted that despite ongoing rumors of romances with the likes of Adam Spott and Robby Hayes, she is currently single.

“I’m still single. I’m hangin’ and bangin’,” she joked. “People have definitely been interested in it but I haven’t been single since I was 25. I get it. I’ve been divorced, then a tough breakup. Now I’ve been single for a little over a year and I’ve definitely had my fun.”

During a separate interview with Us Weekly magazine at the event, Scheana said she and Adam, who was also in attendance at the app launch, are “best friends.”

“You just have to watch next season,” Scheana teased. “We’re always together. He’s my favorite person to be with. I don’t even know if we know … We’re hanging out. Yeah, but he’s still my best friend.”

“I’m still single. It’s fun. It’s been a little over a year now. I’m living on the West side … All of my single girlfriends live on the West side and all of my friends in relationships live in West Hollywood, which is where Adam lives so he’s my plus one,” she explained. “I bring him along, and then it works out. Because I’m literally like the only single person on Vanderpump Rules.”

According to Scheana, she doesn’t like to go out with random guys. Instead, she prefers to go on dates with mutual friends or a friend of a friend.

“So nothing that weird has happened,” Scheana admitted of her dating past. “And I’m with [Adam] like five nights a week. We’re going to Iceland next month. That’s exciting. We’re going with a group of friends. There are six of us.”

As Scheana and her co-stars prepare for the upcoming premiere of Vanderpump Rules season seven, the longtime reality star is also focusing on her music career and planning to release a new song soon.

“I just got back in the studio last week,” Scheana revealed. “I just finished a new song tonight, which is really exciting. It’s a breakup track, which is relatable and I love it. … It’s about both of them. I just kind of combined it into one song because there are parts about that and parts about that. It will be good. So that will come out soon.”