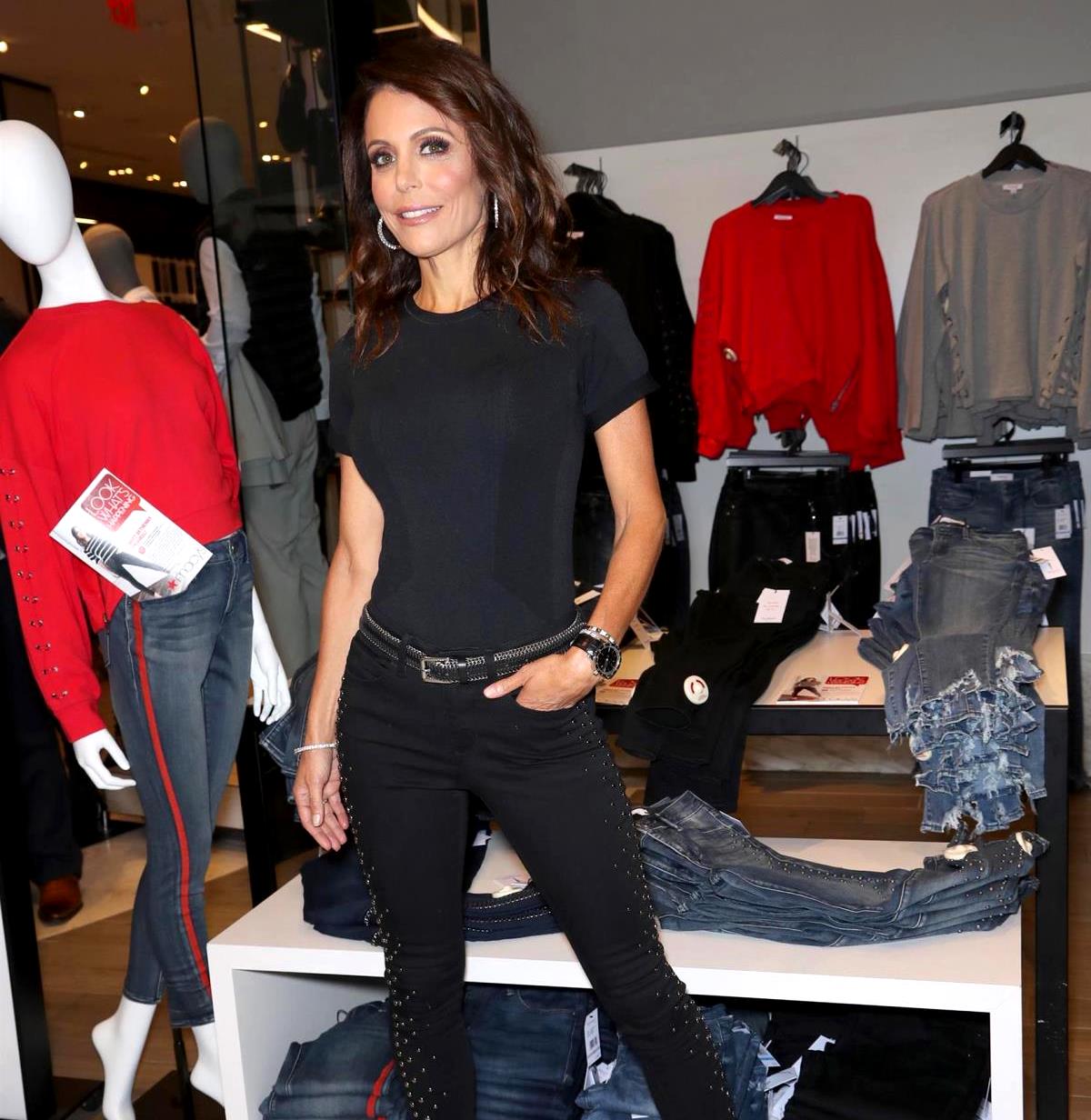 Bethenny Frankel is blaming a “grief diet” for her recent weight loss following the sudden death of her boyfriend, Dennis Shields.

After sharing a photo of herself in a frilly floral dress on Friday, September 21, the Real Housewives of New York City star faced responded to a fan who voiced concern for her “extra thin” look.

Below is the photo shared by Bethenny which prompted concern regarding her weight.

“Love the dress. I would look heavier if I wore that,” the fan noted. “You’re looking extra thin in these photos. How/are you losing weight?”

In response, Bethenny wrote, “Death will do that to a person #griefdiet I don’t recommend it.” 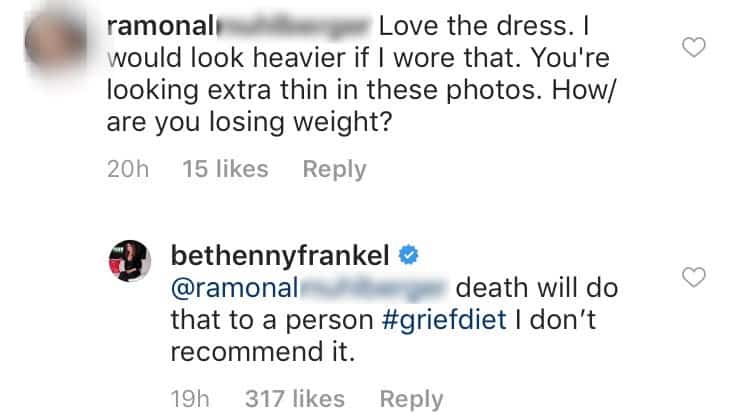 Following two years of on-and-off dating, Bethenny tragically lost partner Dennis to an alleged drug overdose on August 10. A couple of weeks later, she opened up on Twitter about the excruciating pain she was facing.

“It’s hard to breathe & I appreciate you giving me the space & support to try to do so,” she wrote at the time. “It’s excruciating-sudden death is no closure & constant ?s & memories. Our relationship is current so it’s painfully raw. Trying to stay healthy & move through it w tears & close friends. Xo.”

During an interview with People magazine at the launch of Skinnygirl Jeans, Bethenny described the passing of Dennis as a “storm.”

“It’s like [hurricane] Florence, it’s a storm and you must go through it,” Bethenny said of the loss. “It’s not one of these things you can avoid and you have to go through it and deal with it and hopefully, you come out stronger on the other side.”

As Bethenny continues to grieve, her Real Housewives of New York City co-stars LuAnn de Lesseps and Sonja Morgan have rallied around her with support.

“I have a lot of really, really close friends that came and stayed with me. I’m really always one who likes to be alone, but I haven’t really loved to be alone [right now],” Bethenny explained. “I’ve had a lot of my really strong support team with me… This summer Luann and Sonja came over and they both said to me separately, ‘He was really your rock.’ So I think they were a little worried about me because he really was and is [my rock].”

The Real Housewives of New York City season 11 is currently in production and expected to air on Bravo TV sometime next year.