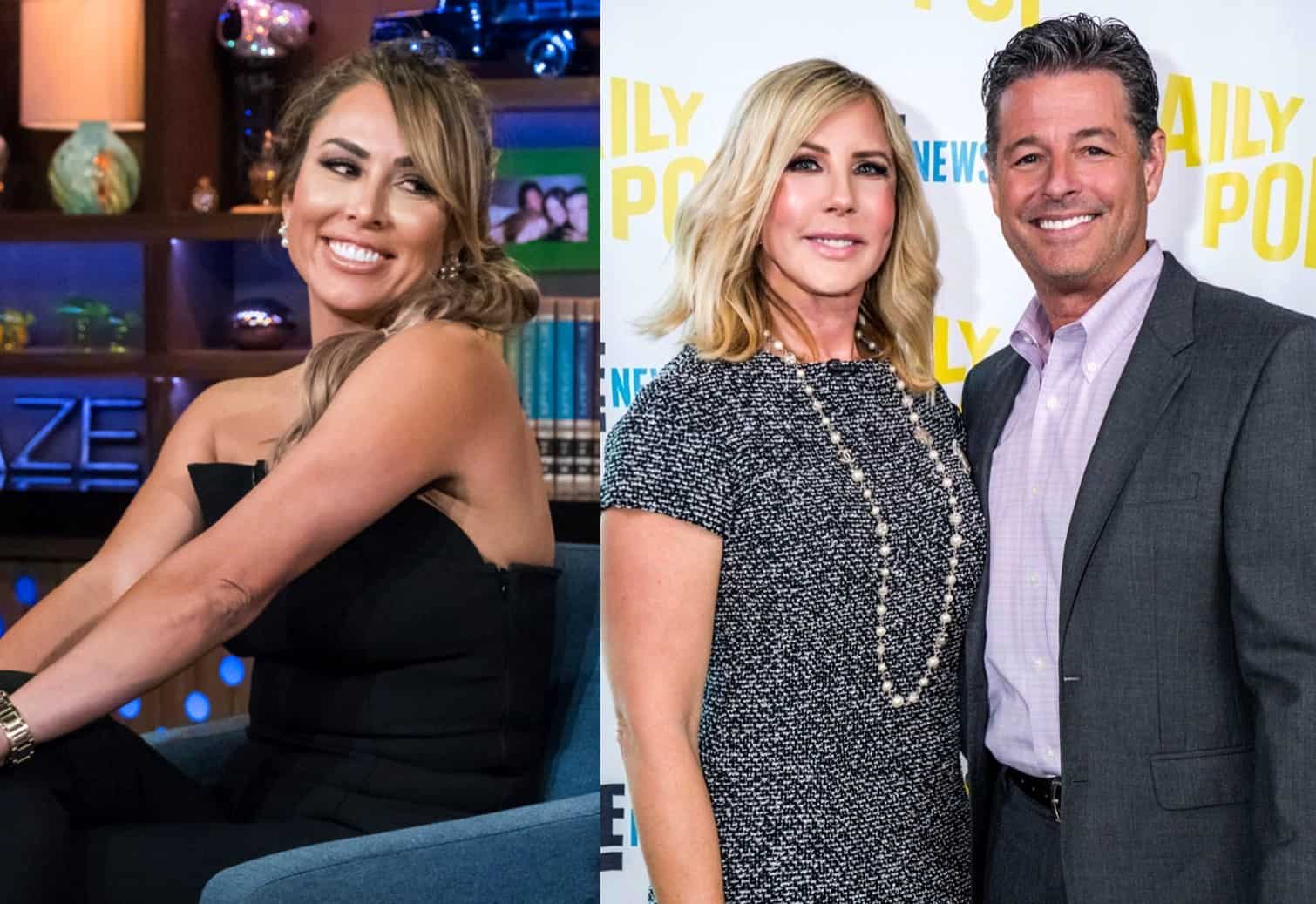 If you thought there was any chance of Real Housewives of Orange County stars Kelly Dodd and Vicki Gunvalson making nice again, you can disabuse yourself of that notion right away, because when The OG hears what Kelly said during a recent interview, there may just be another RHOC death threat!

When Kelly was asked about Vicki’s relationship with her boyfriend, Steve Lodge, Kelly said she doesn’t expect him to pop the big question anytime soon, which isn’t such a bad thing to say on it’s own, but, as always is the case with Kelly, it’s the way she said it.

“Unless she buys herself her own ring, which she probably will do,” said Kelly to Us Weekly.  “And plans the wedding and pays for it herself, then he might say yes.”

The former besties have been on shaky ground ever since Vicki’s flagrant breach of girl code earlier this season, when she not only went on a double date with Steve, Kelly’s ex-husband Michael Dodd, and a friend she set him up with, but, as is usually the case with Vicki, showed absolutely no remorse for it whatsoever.  The situation also led to a nasty argument between Kelly and Steve, and she had plenty of shade to throw his way too.

According to Kelly, Steve initially refused to appear on the RHOC unless the Bravo network paid him.

Kelly added that, aside from any income he wanted, Steve seems to be enjoying his new ‘celebrity’ status as well.

“Now all of a sudden he’s on Cameo (a website where fans can purchase personalized videos from their favorite stars), he’s on all social media,” she continued.  “He calls himself a public figure, and he’s totally into social media.  He’s making money off of it. I thought you weren’t on social media? Obviously you’re hiding something, you know what I mean?”

Kelly also addressed her own romantic life during the interview, especially Vicki’s claims that Kelly told her “she will only date a man if he has money.”

“Yeah, called me a gold digger, and said I left a millionaire, I’m trying to find a billionaire.  Well, let me know where I can find a billionaire.  I’ll jump on that,” she joked (sort of).  “It’s like, I’m not even looking for anyone.  I’m like, ‘Do I have a boyfriend? I don’t want a boyfriend. I don’t want to have anybody to answer to.  I want to come and go when I..I’ve been tied down for so long, like my whole life, I just want to figure out me.”

Well, only time will tell what will become of Kelly and Vicki’s friendship, or their romantic lives– but luckily for us, we get to watch it all play out when the RHOC airs Monday nights at 9/8c on Bravo.