Home Flipping Out Jeff Lewis Reveals Bravo Has Not Renewed His Contract, Is Flipping Out Is Cancelled After Messy Feud With Jenni Pulos? Plus Andy Cohen Responds

Jeff Lewis Reveals Bravo Has Not Renewed His Contract, Is Flipping Out Is Cancelled After Messy Feud With Jenni Pulos? Plus Andy Cohen Responds 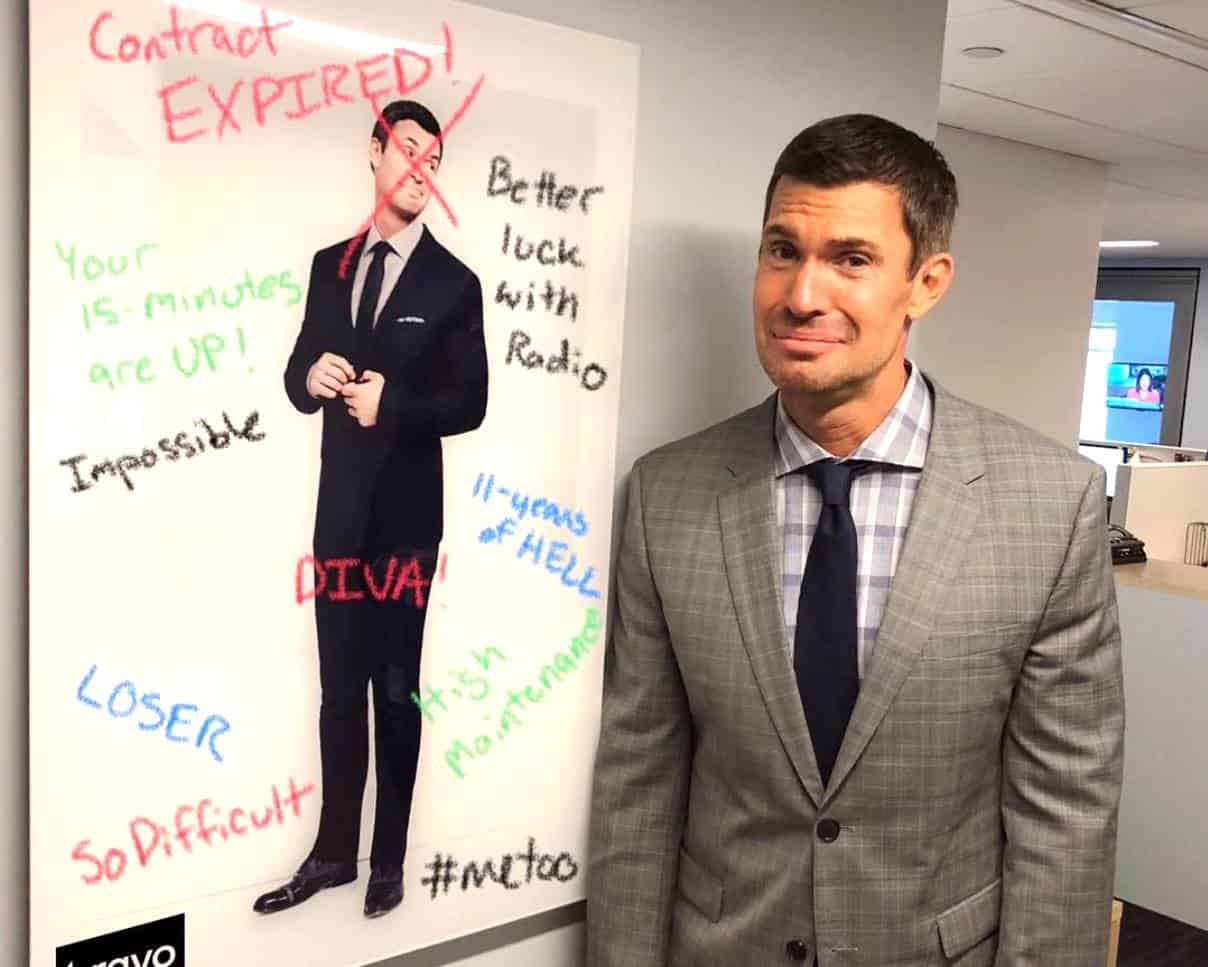 Jeff Lewis has officially confirmed Bravo TV has chosen not to renew his contract for a 12th season of his home renovation series Flipping Out.

“I guess there’s no going away party @BravoTV?” Jeff wrote in the caption of his Instagram announcement.

Giving a nod to a point of contention between himself and the network, Jeff included a photo with a big red “X” across his face on a promo shot hanging in his office. As fans of Flipping Out will recall, Jeff upset Bravo TV last month when he promoted the season 11 premiere by sharing a promo photo of the cast with a red “X” across the face of his co-star Jenni Pulos, who he’s been feuding with for the past few months.

Also in his photo, Jeff poked fun at his diva behavior, writing words and phrases, including “high maintenance,” “so difficult,” “11 years of hell,” and “impossible.”

During production on the final season of Flipping Out, Jeff and Jenni had a major falling out and ultimately, Jenni chose to report her longtime co-star and business partner to their production company for “abuse and victimization.”

“Her making this claim, it put my entire career in jeopardy. My family, my livelihood, everything,” Jeff said in September on an episode of his radio show, Jeff Lewis Live.

He then suggested Bravo TV would likely fire him due to Jenni’s claims.

Just last week, Jeff addressed the potential end of Flipping Out yet again as he chatted with Jenny McCarthy during an appearance on her radio show.

“They’ve not renewed my contract,” he revealed. “It expires on October 15 and I am looking for a job.”

At the time, Jeff said that while he would be sad to say goodbye to the series, he had reached a point of peace about the issue.

“I have this Sirius Radio show and I love it and I was saying to Gage, ‘You know, if I’m done on television, I’m cool with that. I love this job.’ I’ve been doing this for 11 years. I wasn’t expecting to last it forever,” he said. “Everything happens for a reason and things end when it’s supposed to end.”

The good news for Jeff is that he still has his Sirius XM radio show, Jeff Lewis Live, which airs on Radio Andy, to fall back on. In fact, Jeff’s boss Andy Cohen fired back at a fan who criticized him for Bravo’s decision to let Jeff go by touting the fact that he has increased Jeff’s airtime on his radio channel.

“He’s on 3 days a week starting tomorrow. How’s that?” wrote Andy to a fan who called him a fool over Jeff’s contract not being renewed.

He’s on 3 days a week starting tomorrow. How’s that? https://t.co/BtfGqDr5OB