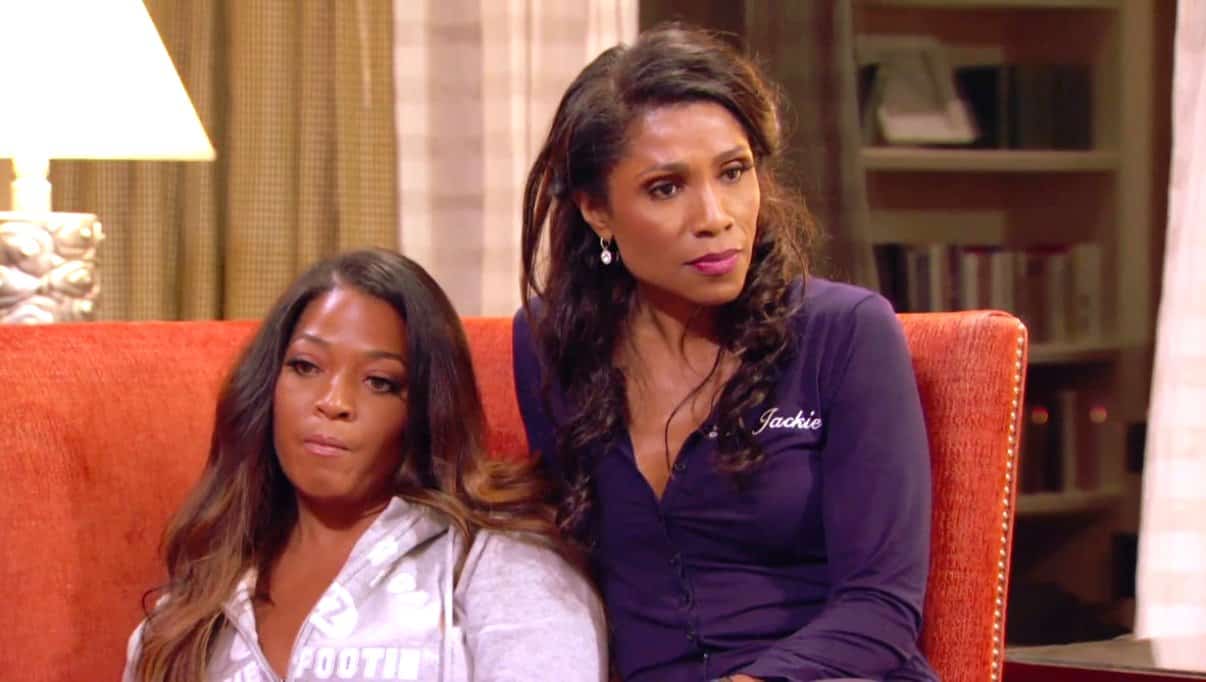 Here’s the thing about Married to Medicine...just when you’re thinking, ‘Oh, bless their sweet little hearts, they’re all out of their minds,’ they manage to do something to show you that they really do have hearts of gold, and that no matter what, they have each other’s backs, and you fall in love with them all over again.

During last night’s episode, everyone found out that Quad had filed for divorce. The only problem was that they read it on social media, rather than hearing it directly from her.  They were hurt, of course.  Especially Toya! You know how she is.  She fully expects for her friends to tell her everything, and when they don’t, they’re sure to feel her wrath! It doesn’t matter is they’re not ready share it, or if it’s simply none of her business to begin with, she feels that she has a right to be informed.

Of course, we viewers found out about the divorce during last week’s episode, and the ladies probably would have gotten all the details on the split when they all saw each other at their friend, Dr. Jarrett’s housewarming party, but just as Quad was getting ready to confide in them, Mariah cut her off, and made the moment all about herself (shocking, right?!).  As Toya launched into her spiel about Quad not being a true friend, Dr. Eugene agreed with her, but cautioned her against badgering Quad with questions, and advised her to let her come to them.  They also wondered if Dr. Greg was caught off guard by Quad filing for divorce, as he’d seemed so anxious to fix things between them when he discussed their marriage during guys’ night a few weeks ago.

The other women were equally curious about how it had all gone down, but, as usual, only Dr. Jackie had the good sense to just call her and ask how she was doing.  And you know what?! Quad opened up and confided in her.  You see, Quad has felt alienated from the other women since she and Greg dropped the bomb about the night he spent in a hotel room with another woman during last season’s reunion.  Rather than rally around her, the women did the opposite, and distanced themselves.  They were just trying to give Quad the space she needed to deal with it, and were hoping she’d reach out to them when she was ready, but to Quad it felt like abandonment, and she only retreated further.

But Dr. Jackie had the perfect antidote for their friendship troubles–a good, old fashioned slumber party.  Hey, it worked back in 7th grade, right? So, surely it would do the trick when it came to women who were acting like they were in 7th grade.  And she was right! She rented out a suite in a local hotel, ordered up plenty of goodies and cocktails, and opened the floor for any discussion or questions, with one condition–they had to keep things on a “sisterly” level. It did not get off to the best start.

Heavenly asked Quad if she felt they were being good friends to her, and added that she just wanted to know she was okay.  Quad said that she was as good as she could be, but said she really didn’t want to go into details about what was going on, and asked that her friends not “bombard” her with questions, and instead, allow her to come around to them, which she promised to do–eventually.

At that point, Toya piped up to say that she had a question too.  Exasperated, Quad told her she was going to “refrain” from answering right now, and repeated her directive that they not ask her a lot of  questions.  Toya immediately got her back up, and said that Quad didn’t even know what she’d been about to ask.  Quad said she didn’t want it to turn into a fight, and told Toya to ‘fix her face’ because she could see the faces she was making, and didn’t like it.  Toya said she was a grown woman and could do whatever the f*** she wanted to do with  her face!

Things went from bad to worse after that, and the two women launched into an argument that was nothing more than an unintelligible cacophony of expletives until, once again, Dr, Jackie stepped in.  She asked them to calm down, and reminded Quad that, in fact, Toya was one of the most loving women they knew, and that while she may seem angry, all of the venom was really just masking hurt, and she was only hurt because she truly loved Quad.

Toya said that was true, and said that Quad was her “girl” and apologized for seeming harsh sometimes, but said she just wanted them to get to a place where they were all “loving on” her because she knew that’s what Quad really needed.

Toya’s kind words clearly touched Quad because she got all choked up, and beckoned Toya toward her for a hug. And Toya was absolutely right about Quad needing to feel the love because as soon as the two friends embraced, Quad let down her guard, and quite literally sobbed as Toya rocked her in her arms like a child.  As she pulled herself together, Quad apologized to Toya for having jumped to conclusions, and assumed the worst about her intentions.  Toya immediately accepted her apology, and joked (sort of) that the only question she had about Greg was whether she and Eugene should “cut his a** off.”

The other women looked on, touched by such a loving show of sisterhood, and Heavenly said it best when she described the love they all had for each other as “special, deranged, crooked, and psychotic,” but love all the same.

The ladies will be back next week with plenty more drama and sisterhood–and, of course, another party. Stay tuned, viewers, it’s about to get good!