Married to Medicine Recap: Out of Commission 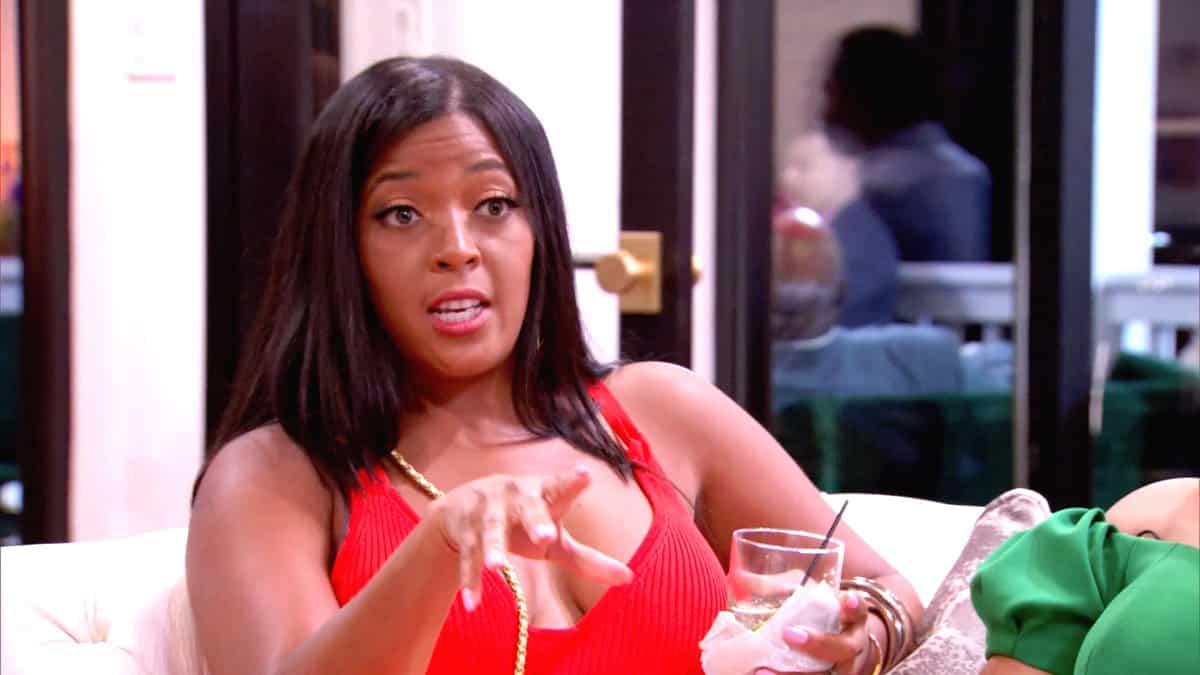 Married to Medicine returned last night with each of the women on the verge of some major life changes, but, as always, they’re working through them together…at least most of them are.

Quad has made the decision to finally end her marriage to Dr. Greg, following a vicious battle the two had on her birthday. Of course, the writing has been on the wall with this one for quite a while. Dr. G’s bombshell announcement that he’d spent a night with another woman in a hotel room during last season’s reunion left Quad and the rest of the cast reeling. Since then, the couple had been unable to reconnect, and had essentially been living separate lives. But Quad eventually decided that she’d had enough, and made what she called the “most mature decision possible,” and filed for divorce.

The only question left was how she was going to break the news to their friends. She’s been MIA since Greg’s revelation, and hasn’t quite been able to let her guard down enough to fully open up to the other women. They’ve made every attempt possible to be there for her, but she preferred to nurse her wounded ego in private and has rebuffed them at every turn.

She could take a lesson from Heavenly, who has been trying to better herself, particularly when it comes to the way she communicates with her friends. She can tell her husband Dr. Damon anything, and always treats him with the utmost respect, but her female friends have always been a different story, and fresh from her spiritual journey to her hometown of Miami, she has vowed to do better. She really felt that she bonded with Simone and Jackie, who joined her on the trip, and after seeing her childhood home, and hearing the stories of the years she spent there, they have a new found understanding of what drives the Heavenly they know today.

Simone is also trying to make some changes, namely in her marriage to Cecil, and their home life. For the last couple of years, the couple has been maintaining two separate households, and mainly live apart through most of the week. But after their own marital troubles, their therapist has suggested that they start living together full time again. Cecil is all for it. He wants to reconnect with Simone, and he desperately wants a sex life, but Simone is a bit hesitant. She’s said several times that she simply doesn’t feel the same emotional connection she once did with Cecil, and aside from that, enjoys the peace and quiet of living on her own during the work week. As a busy working mother of two boys, she also enjoys how tidy her home is, but last night, Cecil told her it was time to make the change once and go all in. Their son, Miles, is home from his first year away at college, and Cecil pointed out that with both boys getting older, these chances to spend quality time together wouldn’t be there much longer. Simone thought about it, and decided that perhaps he was right, and both agreed it would be an “interesting” summer.

Dr. Jackie and Curtis seem to be in a much better place too. During last night’s episode, we saw a much more relaxed and playful side to them than we’ve seen since they reconciled after Curtis’ affair rocked their marriage last season. They’re also looking for a new house, where they can make new memories, and escape the old ones of infidelity and hurt that continue to haunt them in their current home.

Finally out from under the stress of their tax debt, Toya and Dr. Eugene are in the process of building their “forever home.” The one they will grow old in, and that their children will someday visit with their own families. They took their sons to see the progress they’ve made on the new house, and both boys were thrilled until their parents explained that the new house, which is just outside of Atlanta, will also mean a new school for them. Toya has been dreading breaking that particular bit of news because she understands how painful it can be for children to have to move often. She recalled that, as a child, she’d had to move 4 times before she was 11, and found it hard to make and maintain friendships in each new place. But she assured the boys that this will definitely be their last move.

As for Contessa, she was on bed rest, and feeling quite a lot of pain  following her prophylactic double mastectomy. Having the procedure had been a difficult decision, but ultimately she did it for her children. She lost her own mother to breast cancer, and never  wants her children to endure that loss. Now that she’s done it, her chances of developing the disease has decreased from 40% to nearly zero, and she even got a brand new set of breasts out of the deal, and is looking very forward to bikini season!

Other than Dr. Jackie, who is a gynecologist and a breast cancer survivor, Contessa chose to wait until after the surgery was over to tell her friends and even her own brother and sister, a decision most of them respected. Mariah paid a visit to Contessa, along with their friend Dr. Jarrett Manning, who announced she was planning a housewarming party. Unfortunately, Contessa had to decline the invitation, as she wouldn’t be feeling 100% yet, but the three ladies enjoyed a nice afternoon together, and quite a few laughs, which was just what the doctor ordered.

On the night of the party, everyone showed up, including Quad. When Toya mentioned that it was only the second time they’d seen her in a month, Quad sensed that she was being shady, and told her to “relax.” Toya was a little stung by the reaction, and tried to explain that she was just happy to see her, but Quad wasn’t quite buying it.

It was clear that Quad was a little anxious—after all, this was her first time around everyone since she and Greg had split, and she was accustomed to having a plus one at these events. Unfortunately things only got more awkward from there, especially for Toya.

First, when talk turned to Contessa, and who had spoken with her after her surgery, Toya said that a real friend would have told them beforehand, so they could have prayed for her, and an “associate” told you about something of this magnitude after the fact, when all one could do was send their “condolences.” Of course, Toya was lucky to even be in the group text with the rest of the ladies since she and Contessa are barely on speaking terms, after Toya called her out quite publicly for not properly informing her about the fact that she wouldn’t be attending her birthday party a few weeks back. When Quad pointed out that there was no need for “condolences,” as Contessa wasn’t dead, Toya simply shrugged her shoulders.

Later, as everyone started to make their way to the deck outside to enjoy their cocktails, Toya came over and pretended she was going to sit down on Curtis’ lap. Now, if you watched last season, you saw that she did this during the couples trip when Curtis was still very much in the doghouse with Jackie, and it didn’t go over well. Toya claimed it was a “test,” which Curtis failed miserably when he pulled her quite forcible into his lap. Of course, Toya really didn’t seem to mind. She sat there for quite a few more seconds than were necessary to prove her point, and both Simone and Heavenly had told her she was out of line. The good news is that Curtis learned his lesson over the last year, and he wisely excused himself, and said he was going inside to find his wife, when Toya hovered her ample behind over his lap this time.

Dr. Aydin noticed that Greg wasn’t there, and asked where he was, much to Mariah’s embarrassment. She tried in vain to discreetly shut her husband up, but it was no use. She finally had to just tell him to drop it, but Toya picked it right up. She said she understood his curiosity. After all, Dr. G was a member of their group, and, of course, Aydin would ask after his friend. Then she lifted Quad’s hand, and said that at least she was still wearing her wedding ring, which was a good sign, right? Well, not so much. Quad snatched her hand away, and shot Toya a look that certainly chilled her to the bone. Sensing trouble, the men wisely took their leave, and retreated back inside the house.

Quad was just about to make her announcement. She told the ladies that she’d been dealing with a lot, and was used to being the rock in her family, but was rudely interrupted by Mariah, who rolled her eyes dramatically, and said they were all the rocks in their families. Quad told Mariah that she was trying to open up, but since she clearly needed attention, she could have the floor. Quad shut down after that, and never did tell the ladies her news.

The show faded to black from there, but there’s plenty more drama to come. Next week, Quad will finally tell the ladies about her decision to divorce Greg, and she and Toya will have yet another showdown. Stay tuned!