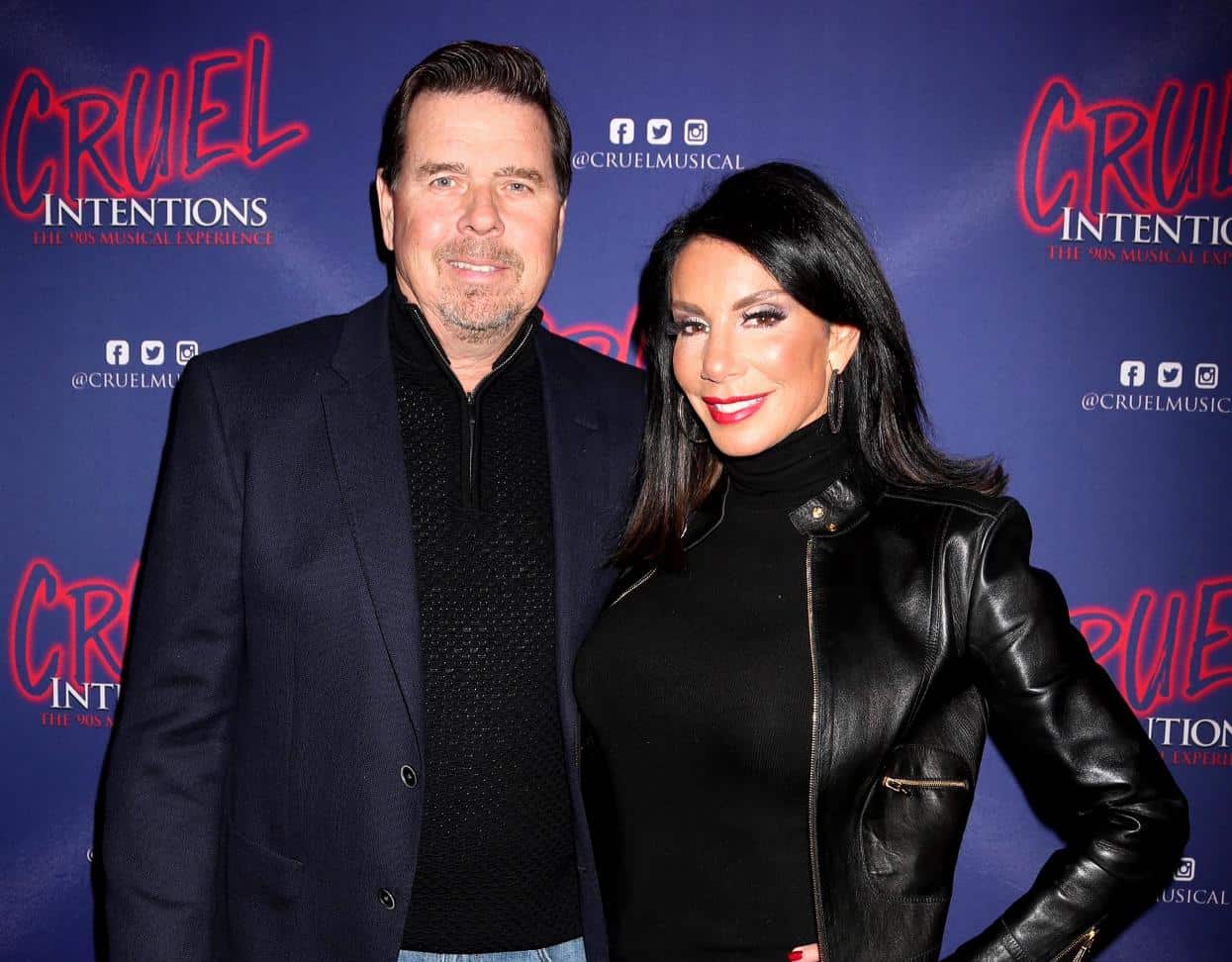 Danielle Staub and Marty Caffrey are selling their New Jersey home amid their divorce.

After splitting over the summer, following public feuds and mutual restraining orders, the Real Housewives of New Jersey exes have listed their 7,500-square-foot, 6-bedroom, 7.5-bathroom Englewood home for $2.195 million.

The MLS listing of the home shows it was purchased in November 2017 for $1,900,000, months before the couple got married in May.

Radar Online reports Danielle and Marty put the home on the market on October 23, just over two weeks before last night’s season nine premiere of The Real Housewives of New Jersey.

Danielle and Marty tied the knot in May of this year in the Bahamas and hinted at an impending split on Instagram in July when he said the reality star wasn’t what she “pretended to be.” And despite their impending divorce, Danielle recently revealed she still lives with Marty in their home.

As for the home, it is described as a “majestic brick colonial set on .61 acre on the prestigious East Hill of Englewood.” It features large formal and informal living spaces with 10 foot ceilings on the first floor, a banquet sized dining room, and a double great room with stone fireplace. It also offers a large gourmet eat-in kitchen.

Other features include a large library/bedroom with full bath on the main floor, and a second floor which boasts 9 foot ceilings. It also offers a master bedroom suite plus four bedrooms  – each with a full bathroom. The basement comes equipped with a full bath, sauna, and options for a media room and a gym.

Property records show the home is in Marty’s name only. It also appears the home has been staged as it looks quite different in the video below in which Danielle gives a home tour.

Following Marty’s Instagram post about his allegedly phony wife, he confirmed plans for divorce and accused Danielle of “financial, verbal, and emotional abuse.” A short time later, the couple filed restraining orders against one another, which have since been dropped.

Marty officially filed for divorce at the end of August, just three months after they wed.