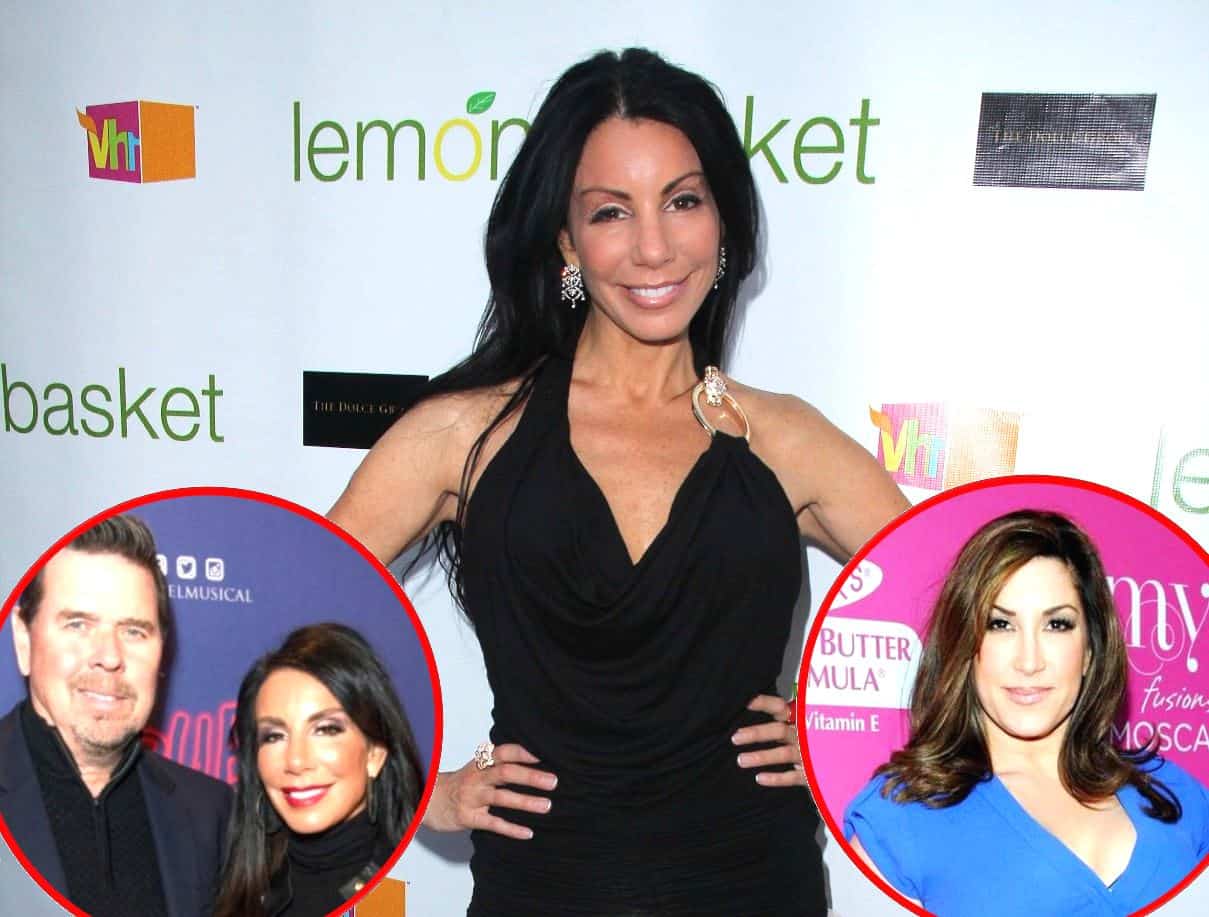 Danielle Staub and Marty Caffrey are apparently still living together amid their divorce.

As fans prepare for the upcoming ninth season of The Real Housewives of New Jersey, which will feature the couple’s wedding, Danielle opened up about their uncomfortable living arrangement.

“He doesn’t sleep in the marital bed. We’re roommates for now. Or housemates I should say, not roommates,” she explained to Us Weekly on October 8. “I feel like I have to close my doors … That part is uncomfortable, but it’s gotta be uncomfortable for him too. I just don’t know if he’s as uncomfortable as I am because it seems like he enjoys that in his life. Drama in his life is something that I was shocked to find out.”

The dynamic is “not good,” Danielle continued. “The energy is — it takes a lot from me to now get to a place where I’m a little unrattled.”

Although the tension between Danielle and Marty is quite high, the Real Housewives of New Jersey star told the magazine she’s doing her best to limit her interaction with her estranged husband.

“He’s not getting to me. We don’t talk, we don’t speak to one another. At the most it’s ‘Good morning’ or ‘Good night.’ But that’s the way it’s been for quite some time,” she explained.

As for the upcoming episodes of The Real Housewives of New Jersey, Danielle said she’s been back and forth about watching herself get married.

“I mean I would love to see myself in that beautiful gown,” she admitted. “Who knows. I don’t know when it airs. I don’t know where I’ll be at. Right now I’m still having this sad stage. Because it’s the end of my marriage. I didn’t even get the honeymoon. I don’t have a good handle on how I’m going to be feeling, even from day to day.”

Marty filed for divorce in August after just three months of marriage. Prior to his filing, both he and Danielle requested and later dropped their requests for restraining orders.

Luckily, Danielle has the love and support of her longtime friend and co-star, Teresa Giudice.

“Teresa checks on me every day. A few times a day. I have a list of people that do that for me. But Teresa is solid by my side. She’s got my back. She’s no longer a fan of Marty, that’s for sure,” Danielle said. “She actually told me today, she goes, ‘Well, maybe he wasn’t the best for you. You look better than ever.’ I thought that was a really cute thing to say.”

And in a separate interview with E! News Daily Pop, Danielle blamed her former RHONJ castmates Caroline Manzo and Jacqueline Laurita for breaking up her friendship with Teresa during their time on the show.

“I think Caroline Manzo,” said Danielle, when asked who was to blame for her feud with Teresa.