90 Day Fiance Star Larissa Admits She Has Multiple Kids After She’s Blasted Online by Her Ex-Boyfriend! See the Shocking Posts 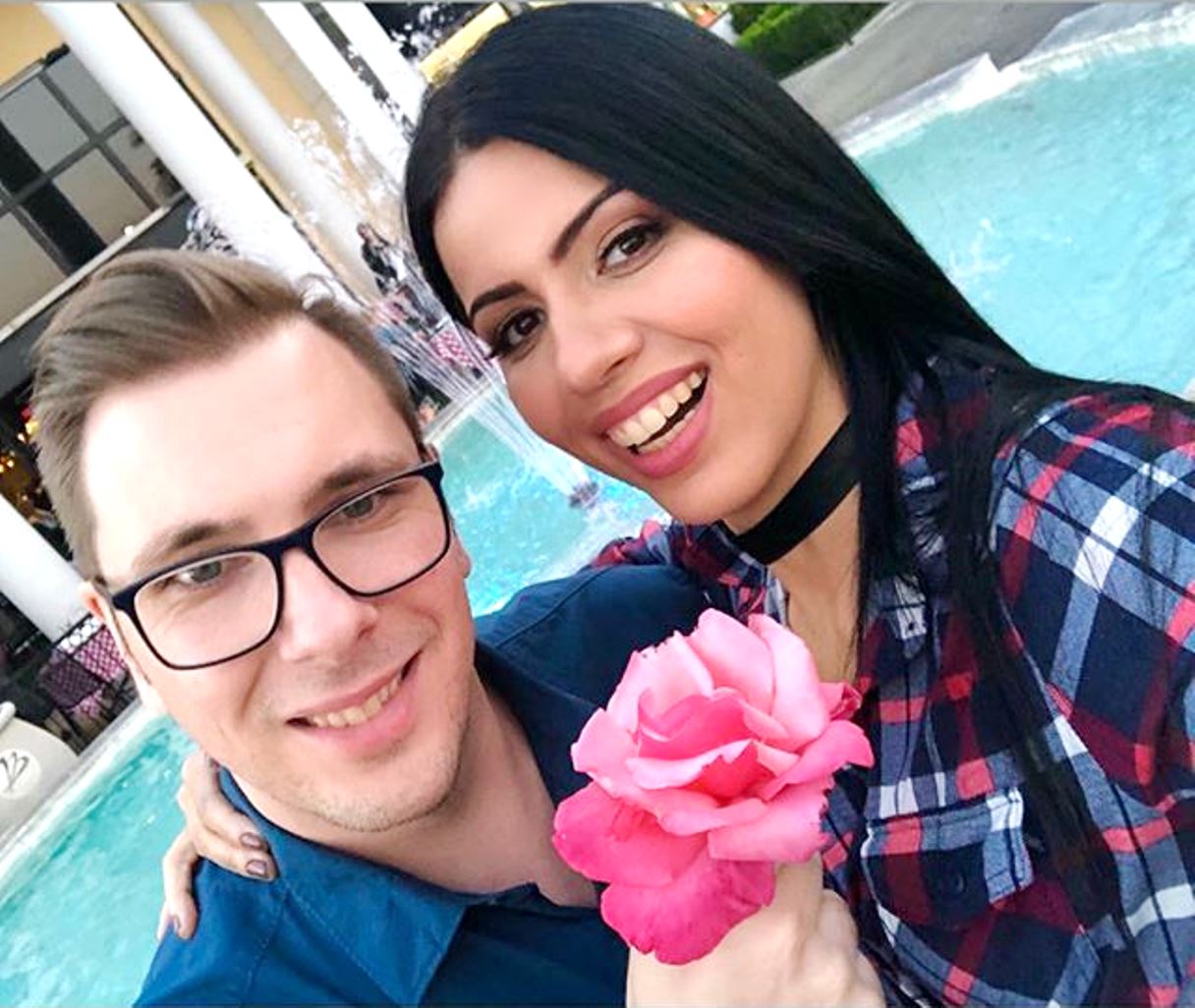 Earlier this week, one of our awesome readers alerted us to a tweet being made by a woman named Maria who lives in Florida, in which she reveals Larissa, 32, has three kids she left behind in Brazil.

Now this is quite shocking because while Larissa has mentioned that she was once married on the TLC show, she has never spoken out about having any children, let alone three. But still, we took a screenshot of the post just in case it ended up being accurate.

The woman wrote, “I met Larissa in Brazil 5 years ago. She was dating my best friend – the father of her son. She has 3 children that she left behind. My friend have custody of the middle one. The oldest is with the father and the little one is with her father.” 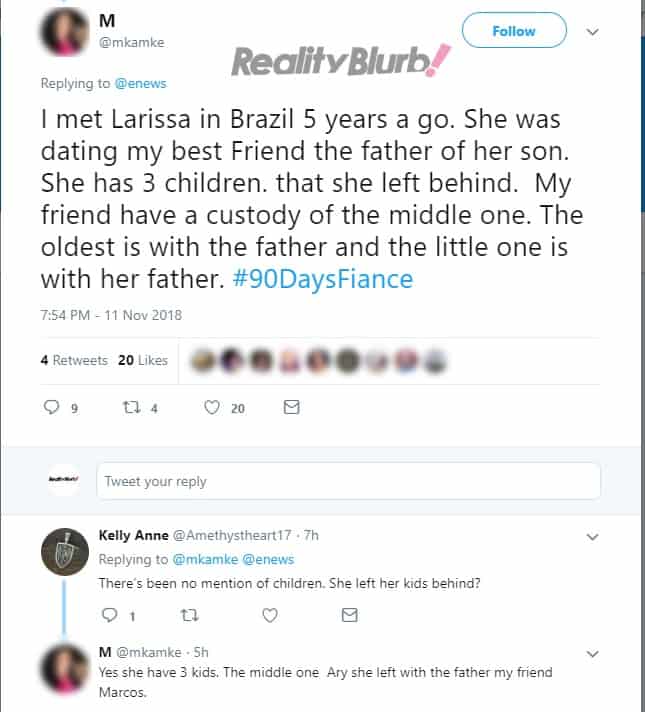 Days after this post, a man named Marcos, purporting to be Larissa’s ex-boyfriend, broke his silence, stating that everything the Maria lady said on Twitter is accurate and that he has a son with Larissa.

“I want to address this story about Larissa and I. Yes it is true, Larissa and I had a relationship years ago, and we had a son together,” Marcos wrote on Instagram. “7 months after he was born she left him with me. My son Arry is the light of my life.”

He added, “I don’t want to expose my son or my family to the public, but people need to know who the real Larissa is.”

Following Marcos’s post, Larissa reached out to John and admitted Marcos is indeed her ex and that she does have kids, although she only appeared to mention having two kids instead of three.

“Yes, I had a relationship before with Marcos Hack, we lived for 2 years together. He broken my heart in many pieces back there, I got really depressed. I found myself unable to take care of our son and his sister adopted him,” Larissa admitted.

She continued, “I also have a daughter from another relationship, who lives with my father and who I plan to bring to United States one day when I am ready to take care of her.”

Larissa went on to accuse her ex of stealing money from her and called him a loser who is just “looking for his 15 minutes of fame.”

As for why she had never mentioned her children before now, Larissa states she was doing it to protect their privacy.

“I was not talking about my kids because the show is 90 days fiance it is not about my past or my children,” she explained. “I ask people to respect their privacy and I wont talk about the never again.”

As for Larissa and Colt, the couple is back together following this weekend’s drama and Larissa’s arrest. Colt took to his Instagram page to share photos with Larissa while declaring his love for her. Larissa has also shared photos with Colt on her page as well.

As we reported this week, Larissa is due back in court on December 11. Colt and Larissa have both insisted things never got psychical during their domestic dispute.