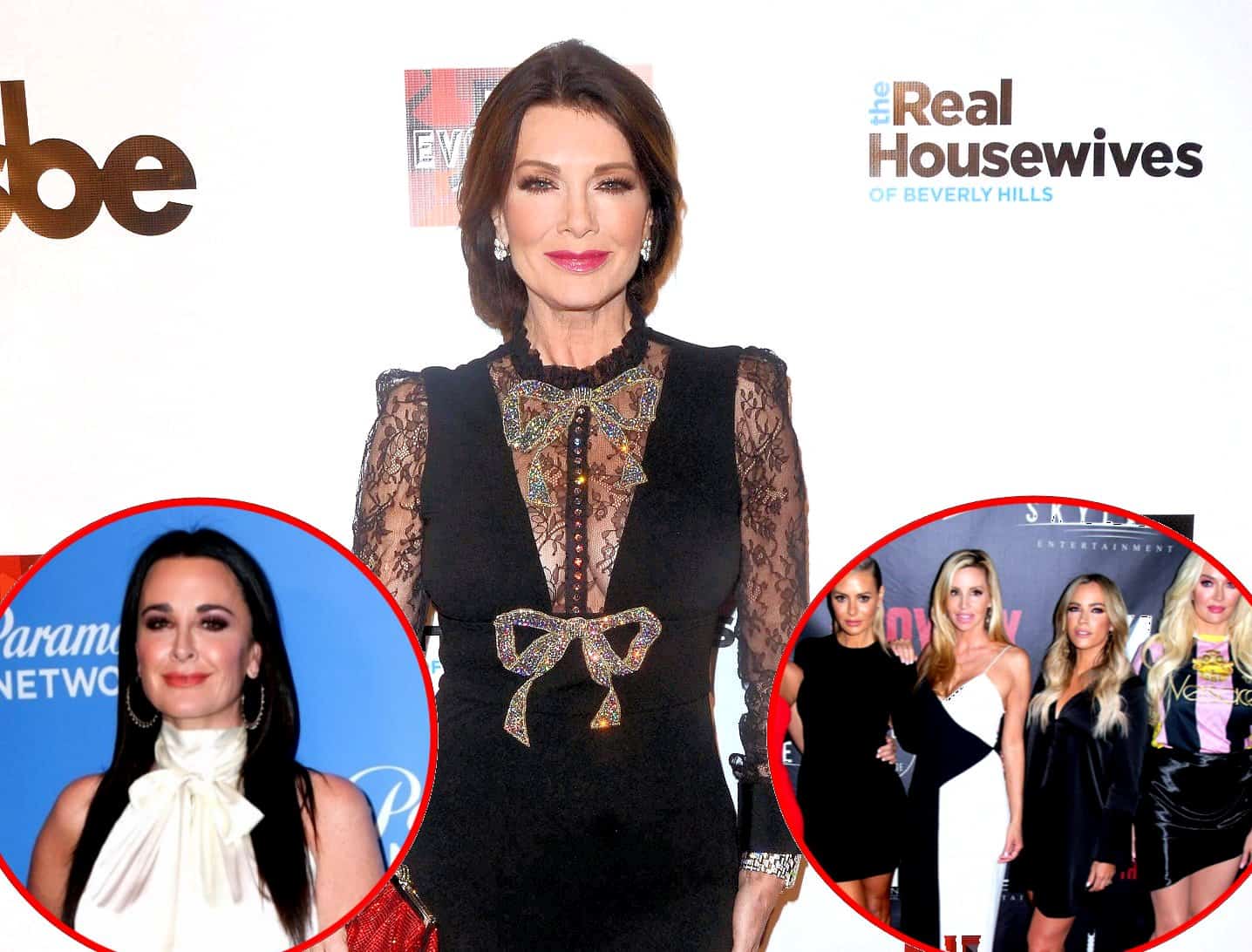 Lisa Vanderpump‘s co-stars on The Real Housewives of Beverly Hills have suggested it is she who is refusing to film with them but according to a new report, that may not be the case.

As production on season nine continues, an insider is revealing Lisa’s co-stars are the ones refusing to film with her.

“Friends are concerned Lisa has been taking the fact that the other ladies won’t film with her harder than they even thought, as they feel she is not in the best place right now,” a source revealed to Hollywood Life on November 16.

At the end of last month, after slamming Lisa for refusing to participate in a group shoot, Lisa Rinna revealed the restauranteur hadn’t filmed with her and the rest of the cast “for over 6 weeks.” She also told her fans and followers on Instagram that she found Lisa V.’s behavior to be unprofessional.

Still, according to the source, “Lisa feels excluded” because she “isn’t necessarily being invited.”

“She feels…nobody is calling her to say, ‘Hey, come here,’” the insider explained.

Meanwhile, Kyle Richards has a different “stand point” and shared her thoughts weeks ago.

“All I know is we’ve all wanted [Lisa] to be there and invited her to everything that we do and included her in things,” Kyle told HL earlier this month.

But the insider insisted Lisa V. is “constantly feeling hurt and upset,” and especially by her former friend Kyle.

“The relationship [Lisa’s] most upset over is her one with Kyle,” the source said. “Kyle is the reason she’s continued on all of these years so Lisa feels extra hurt and betrayed over their broken friendship.”

“Friends see just how much this last year has affected her and though Lisa may act like she doesn’t care that nobody wants to film with her, she’s confiding in friends and those close to her behind the scenes because she truly does,” the source continued.

While rumors began swirling earlier this week which suggested Lisa V. quit The Real Housewives of Beverly Hills, she has since denied the reports.

If you hear it from me…It has to be true.
Until then,not so much. pic.twitter.com/8KnLMwpI6z

Lisa’s “not leaving [yet], though she’s never really thought about it THIS seriously,” the insider explained. “Every season Lisa is ready to leave Housewives and every year Kyle Richards is the one who always convinces her to sign on again, so not having Kyle talk to and help her right now really stings.”

The Real Housewives of Beverly Hills season nine is expected to premiere on Bravo TV sometime early next year.