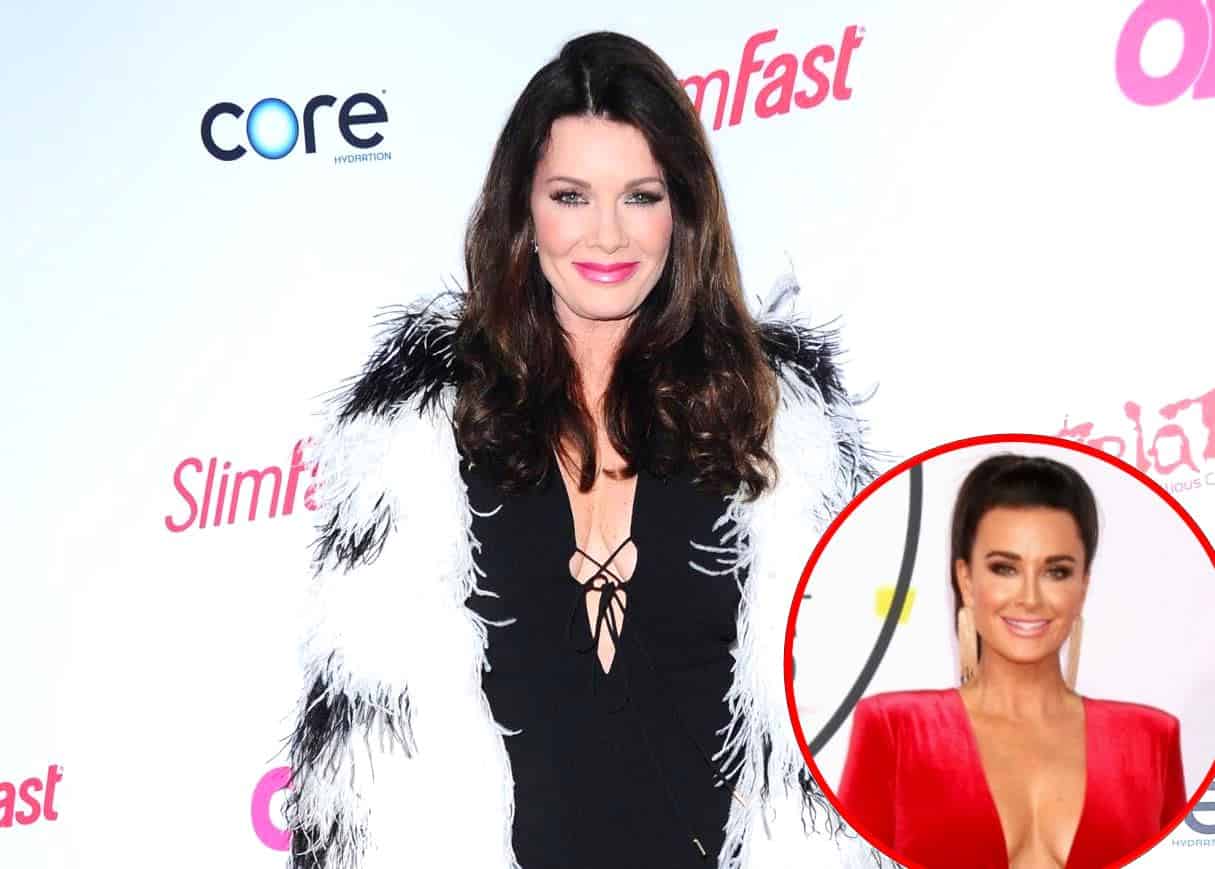 Days after Kyle opened up about her thoughts on filming season nine without her longtime co-star and said she missed and loved her, Lisa addressed Kyle’s comments during an appearance at her 3rd Annual Vanderpump Dogs Gala in Los Angeles.

When asked by Hollywood Life about what Kyle had suggested, Lisa said,“Don‘t tell me, show me.”

Throughout the past couple of weeks, Lisa has been facing reports of a possible exit from the RHOBH but according to her, she hasn’t quit the show. despite the “difficult” season.

“I’m going to be on this season. But, was it a difficult season for me? Yes. It was a difficult year for me, personally as well. I’m in the ‘Housewives’! It’s not like I’m not in it. I’m definitely in it — Maybe just not as much as I should be,” Lisa explained.

“I think every season is different,” she continued of the show’s upcoming ninth season. “You’re going to see the dynamic change because we opened TomTom. You’re going to see some of them struggle to grow up. It’s a lot of fun but it always is a little bit complicated.”

According to another Hollywood Life report, Lisa has one more scheduled day of filming on The Real Housewives of Beverly Hills season nine and she’s “not looking forward” to it.

“Lisa is undecided as to her future right now even though her team has been telling people that she plans to quit Housewives after this season,” their source said. “Lisa is obligated for one more shoot day this season and is not looking forward to filming her last day, but knows she needs to do it and finish fulfilling her obligations.”

While Lisa is reportedly dreading her upcoming filming session for the show, the insider confirmed she has not yet made an official decision in regard to a return for the series’ potential 10th season.

“She hasn’t let the network know one way or the other if she is in or out after this season, but regardless, there are no discussions about anything past this season on anybody’s end right now,” the insider continued. “The other ladies have to shoot over the next couple of weeks and are excited to shoot with one another, but filming for all is about to wrap.”

The Real Housewives of Beverly Hills season nine is expected to premiere on Bravo TV sometime early next year.