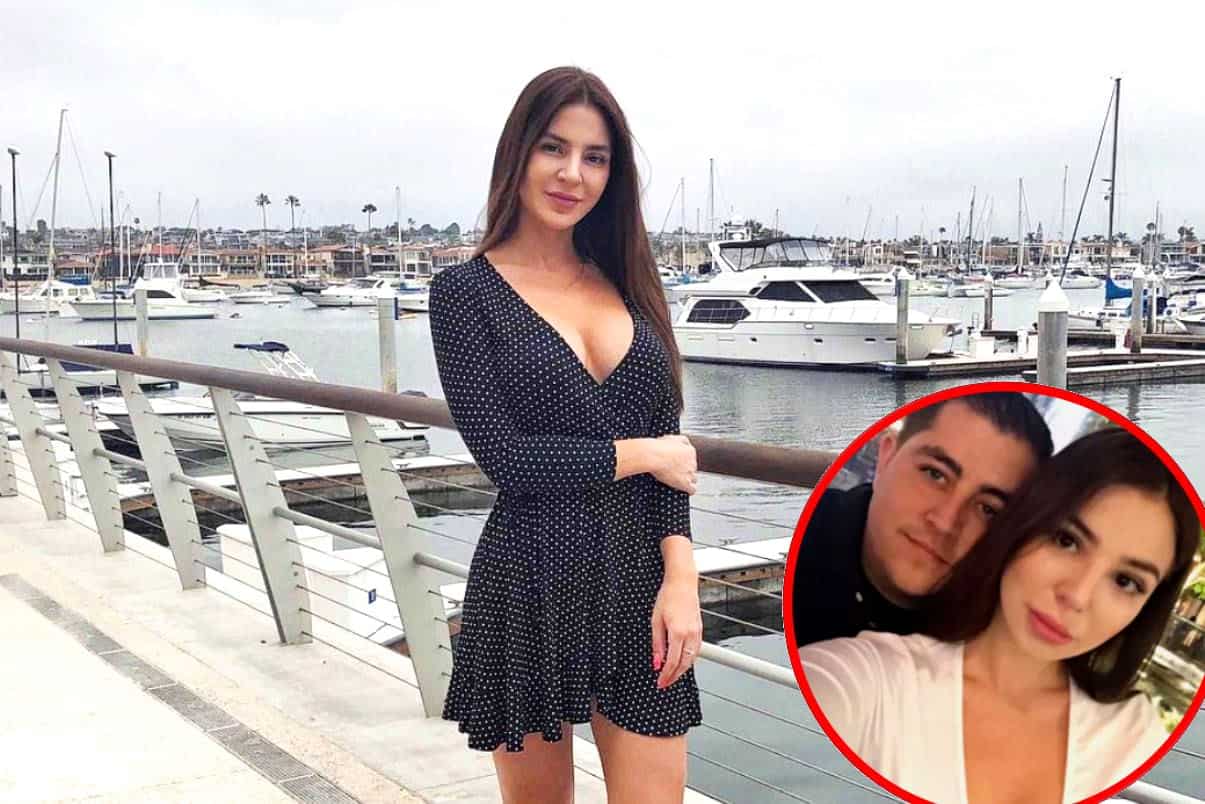 Former 90 Day Fiancé star Anfisa Nava surprised a lot of fans when she stood by her husband Jorge Nava’s side during his recent legal issues, and it still doesn’t look like she has any plans of going anywhere. Over the weekend, she dished about how the couple is staying intimate while he is behind bars and if Jorge ever took a DNA test for his ex-girlfriend’s child.

Anfisa, 23, held an impromptu Q&A session with her fans on Instagram, during which she answered a number of questions.

When asked how often she speaks to Jorge, who is currently serving a prison sentence for drug charges, Anfisa responded: “Every day for 15 minutes. He only gets 1 call a day.”

Another fan inquired about Anfisa’s sex life, and she stated it now included “a lot of phone sex.” 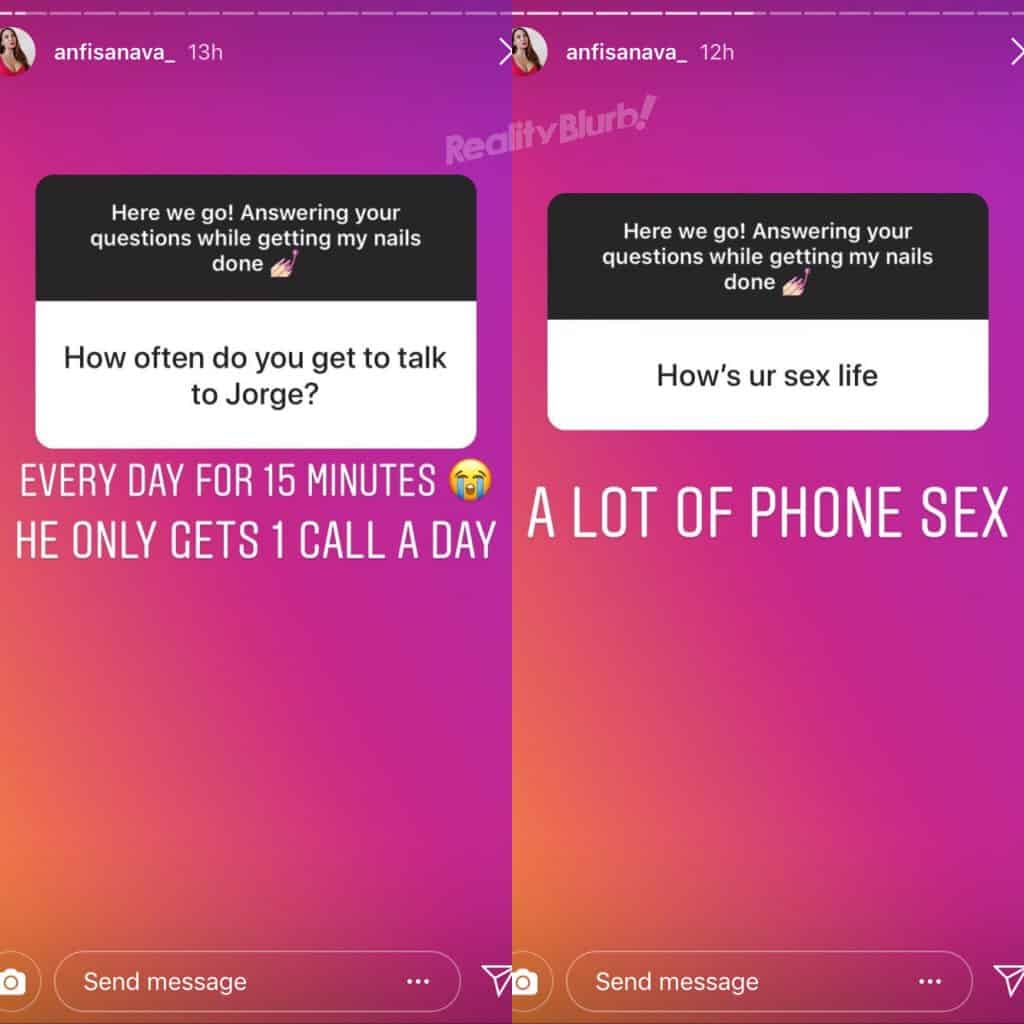 A third fan asked about the woman who claimed to have given birth to Jorge’s child. They wanted to know if there had ever been a DNA test to confirm that one of Jorge’s ex-girlfriends’ 10-year-old daughter was his. If you recall, Anfisa revealed earlier this year that the woman had been harassing her on social media for years, claiming that Jorge owes her child support money.

However, despite Jorge’s denials that he did not father a child with this woman, Anfisa revealed he has yet to take a DNA test.

“No,” she answered when asked if Jorge took the test before reporting to prison. 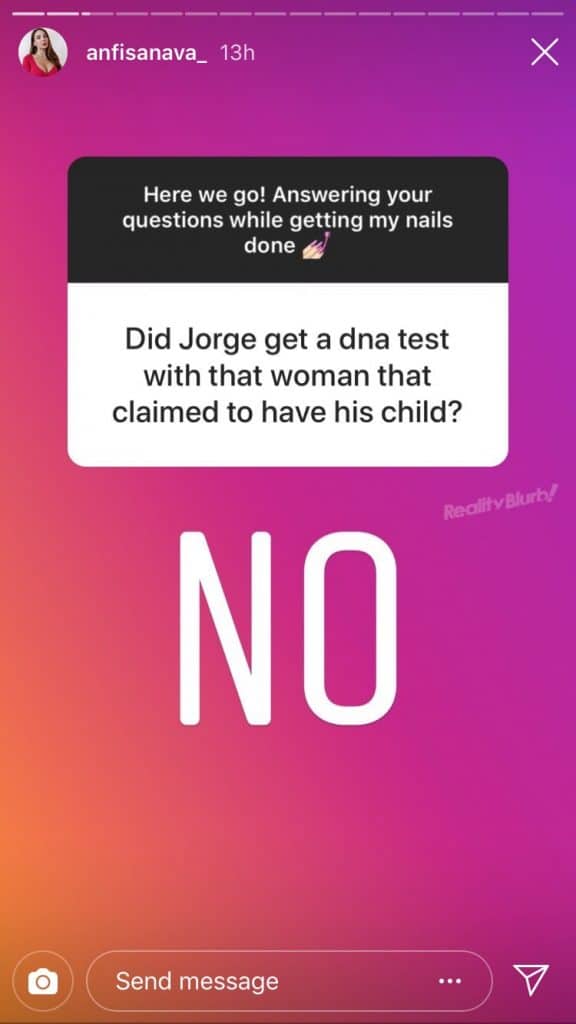 She also confirmed that Jorge wouldn’t be released from prison until 2020 after the court sentenced him to 22 months when he pled guilty to drug charges. Back in February, Arizona police arrested Jorge for possession of marijuana for sale when they pulled him over for a traffic stop and found 300 pounds of cannabis in his vehicle. 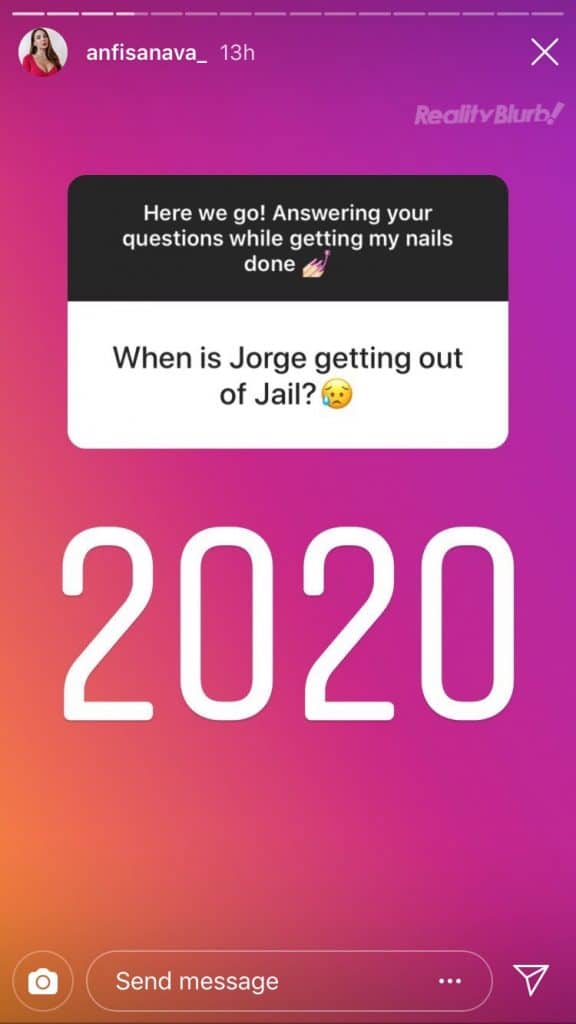 Originally, he was charged with a Class 2 felony, but Jorge eventually made a deal to plead guilty to the lesser charge of a Class 4 felony of attempted transport of marijuana for sale.

Anfisa, who announced she had quit 90 Day Fiancé in October, also revealed on Instagram that producers have been bullying her to film new episodes even though she doesn’t want to. The production company sent her a demand letter, but she believes that she has the right to quit.

“A couple days ago I get a letter from them – this letter [holds it up] – one for me, one for Jorge – saying that they renewed us for a new season without us even signing anything,” Anfisa said in her Instagram video.

She mocked the producers and asked if they were going to show up at her door and start filming. She also asked someone to explain what was going on.

Anfisa is from Russia, so it is possible that she didn’t fully understand what she signed up for. But the truth is most reality contracts are incredibly intrusive, and they strip away a lot of rights and legal recourse.

With Jorge in prison, and producers breathing down her back, it seems like there’s still a possibility Anfisa could return next season. We will just have to wait and see if producers leave her alone.