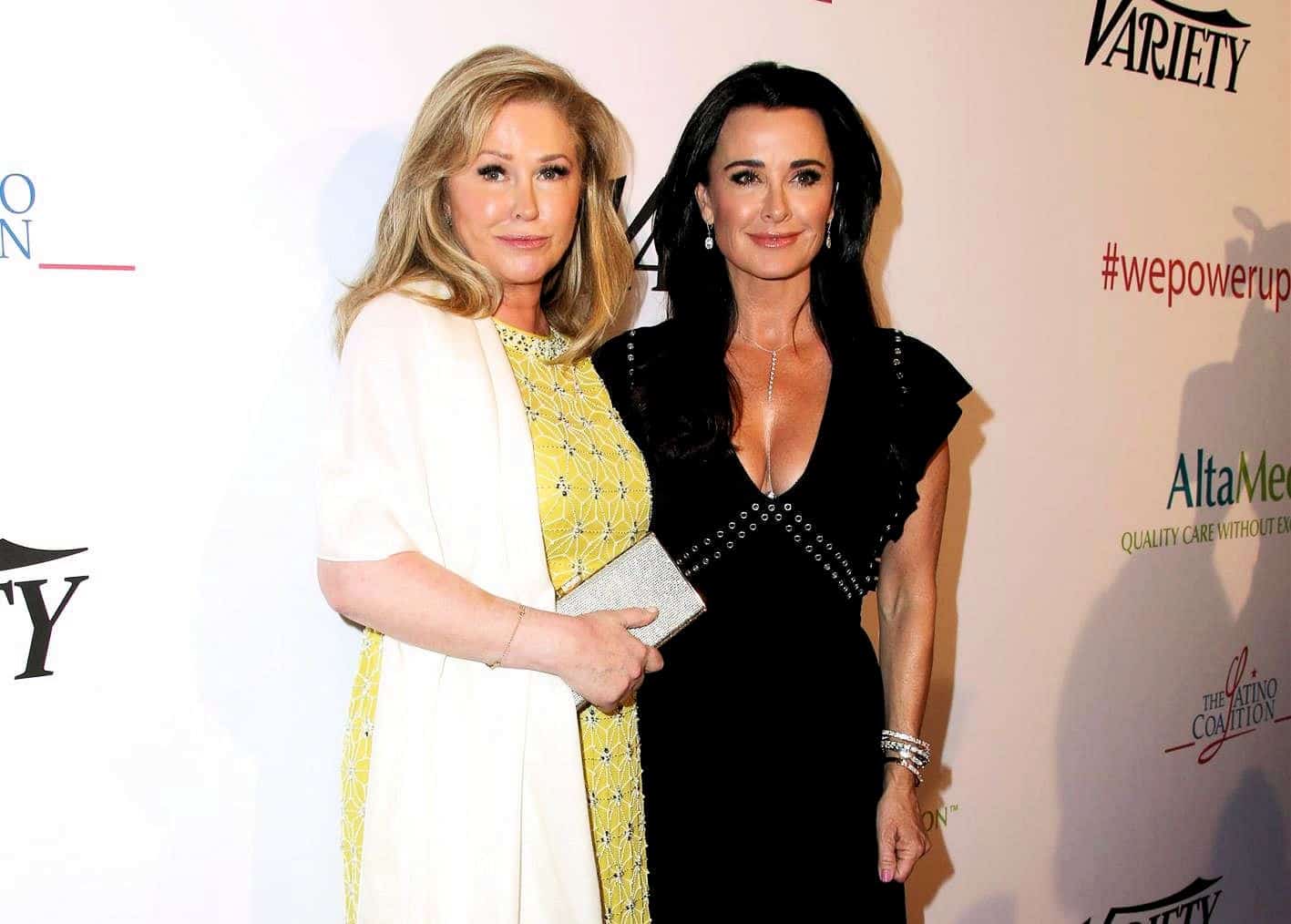 Kyle Richards‘ family feud has finally come to an end.

As most fans will recall, after a year-long feud with her older sister, the Real Housewives of Beverly Hills star reunited with Kathy Hilton back in September to celebrate their sister Kim Richards’ birthday. And now, a new report is revealing the real reason the sisters were finally able to reconcile.

As widely reported, Kyle’s short-lived series on the Paramount Network, American Woman, caused tension between the reality star and her sisters, including older sister Kim Richards, due to the fact that the show’s plot was based on the life of their late mother, Kathleen Richards.

Sources are now revealing that the recent cancellation of the series was a key factor in the sisters’ reconciliation.

“Blood is thicker than water, which is why Kyle extended an olive branch,” an insider explained to Life & Style magazine’s latest print issue. “She swore family would always come first — though it certainly helps that the series wasn’t renewed for a second season!”

Kim was also reportedly thrilled when she learned the show had not been picked up for a second season.

“The show was supposed to be about Kyle and Kim’s upbringing, but Kim didn’t like the way their family was portrayed,” an insider revealed to Star magazine months ago. “She was especially annoyed that Kyle didn’t even ask her for her input! Every interview Kyle did about the show, Kim resented it.”

Months prior, another report from Life & Style suggested Kathy was equally unhappy about the series.

“Kathy has resentment about Kyle’s [then-upcoming] TV show, American Woman, which is inspired by the life of their mom,” a source said in May.

During an episode of The Real Housewives of Beverly Hills earlier this year, Kyle admitted that her sister Kathy wasn’t happy about her show but said she was hopeful she would change their mind about the series once it aired.

“I think she’s going to look and say, ‘I read the situation wrong,’ Kyle explained. “And then we’ll go from there. I told her all the time, I said, ‘I’m not sharing your stories or Kim’s — these are my own stories.’ And not only that, it’s a fictionalized version of our life, and our mom being a single mom in the ’70s is the jumping-off point.”

Despite all of the past drama, Kyle has officially put her issues with Kathy to bed.

The Real Housewives of Beverly Hills will return to Bravo TV for season nine sometime next year.