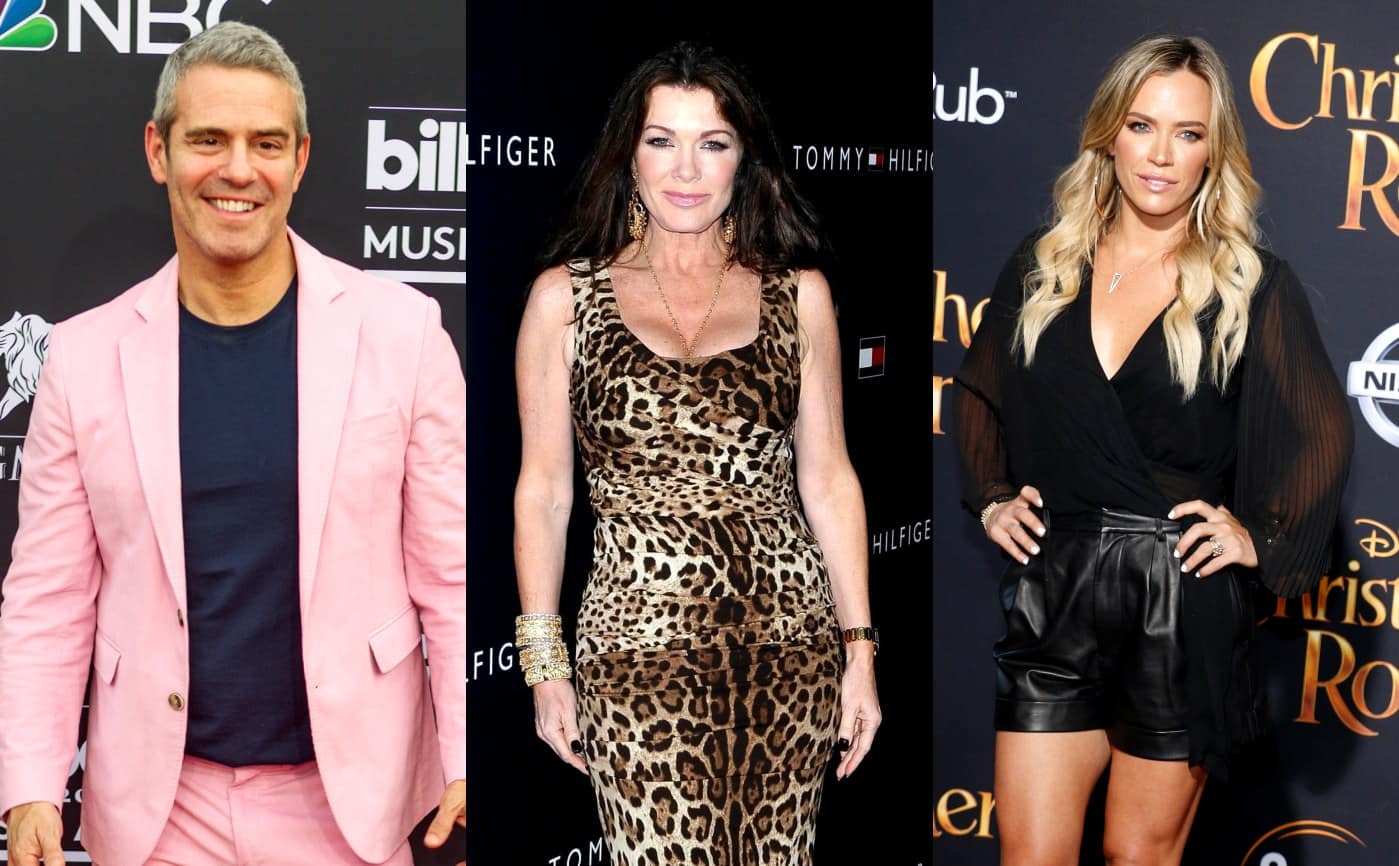 Andy Cohen was questioned about the yet-to-be-released trailer for The Real Housewives of Beverly Hills season nine on Tuesday as he also revealed Lisa Vanderpump‘s housewife status for next year. Additionally, Teddi Mellencamp is dishing on what fans can expect from the upcoming season.

Earlier today, Andy took to Twitter and responded to a fan’s question about when the RHOBH trailer will be released.

“Soooooo are we getting the [Real Housewives of Beverly Hills] trailer today???” a fan asked this morning.

“Nope. May be a few weeks,” Andy replied.

Nope. May be a few weeks.

Andy’s comment comes after former RHOBH star Brandi Glanville hinted she would be returning to the series and shared that the new season will likely debut in February. The trailers are usually released a month before the new season starts to air.

Andy wasn’t done yet as he also responded to another fan who asked if Lisa would be getting demoted on the new season.

“Diamond intact!” he tweeted, confirming Lisa will remain a full-time housewife for season 9.

The ongoing tension between Lisa and her co-stars, whom she refused to film with for weeks after they allegedly accused her of leaking a story about a castmate,  reportedly led to a premiere date delay.  As some may have noticed in recent years, the Real Housewives of Beverly Hills premiere is typically paired with that of Vanderpump Rules. However, while Vanderpump Rules‘ seventh season premiered earlier this month, a premiere date for the RHOBH’s ninth season has not yet been set.

On Monday, amid the drama, Teddi dished on the “strong friendships” of season nine and the ongoing drama surrounding Lisa.

“I’ve had so much fun with some of the girls. We’ve had a lot of fun. And the relationships are getting stronger because I’m getting to know them for longer, you know, and so the longer you know somebody, the more strong friendships are formed,” Teddi told Us Weekly.

“I talk to [Kyle Richards] every day,” she continued. “She is so much fun and honestly makes me laugh every single day. I feel very lucky for that friendship.”

As for Lisa’s cast feud, Teddi encouraged fans to tune into season nine to find out just how things went down.

“Everybody has got their own feelings about everything. And you know, for us as well, living it,” she said.

Teddi then said that while she does get nervous to watch certain episodes play out, she does her best to remain authentic, which gives her some peace of mind.

“I’m an anxious person, in general. You know, the thought of when you’re on a TV show and it’s your real life … there’s always that moment,” Teddi explained. “But here’s the thing: Regardless if things are good or bad for me, I’m always myself. I’m an honest person. Sometimes it works out for me and sometimes it doesn’t.”

The Real Housewives of Beverly Hills season nine will air on Bravo TV sometime next year.