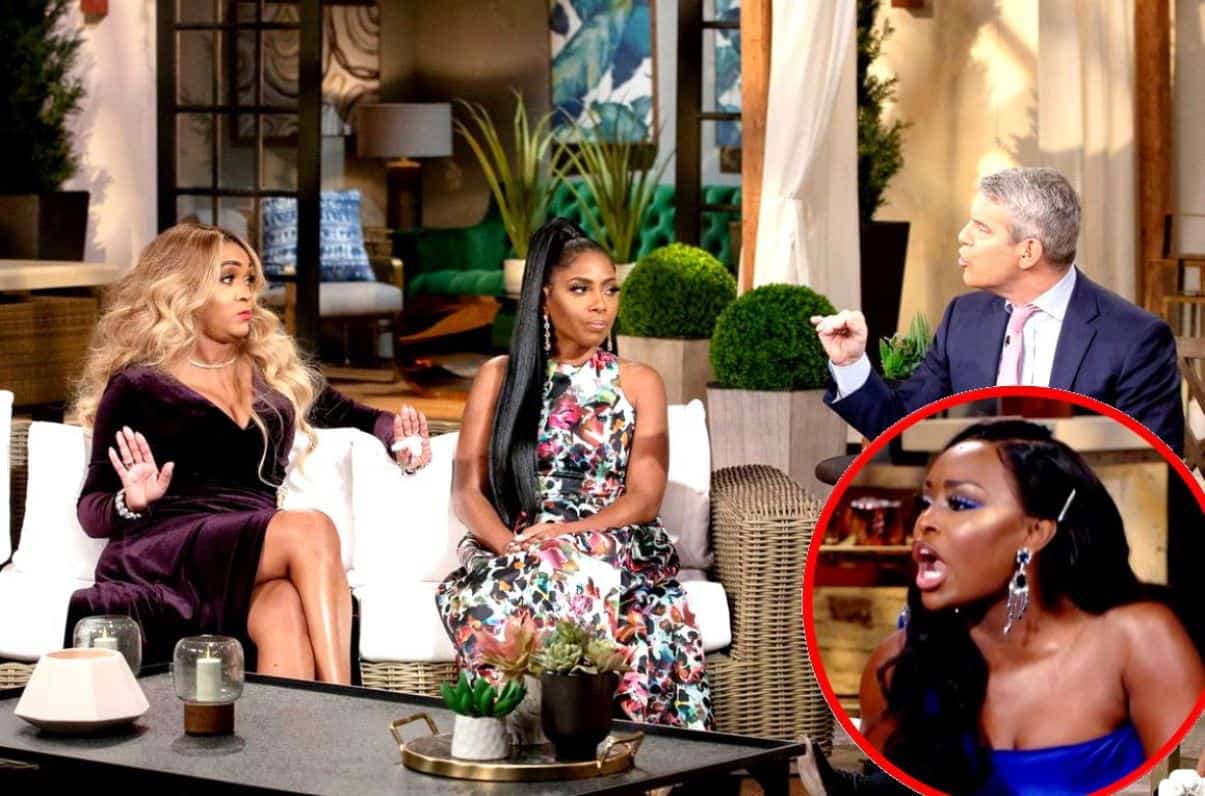 Mariah Huq is accusing her former friend and Married to Medicine co-star Quad Webb-Lunceford of having an affair with her sister’s husband.

In a sneak peek at the upcoming season six reunion, the two women go head-to-head after Quad brings up the allegation and accuses Mariah of leaking the story.

“You are a liar!” Quad yells. “Just like you recently released that I slept with your sister’s husband — you did! — and you know damn well that I didn’t do that … I’m tired of her lying, and I’m gonna deal with this today, ‘cause it’s not gonna go into season seven. I tell ya!”

Earlier this year, a report surfaced on All About the Tea, which suggested Quad had slept with the husband of Mariah’s sister, Lekeeda “Lake” Kelley. During the reunion, as Quad denied having done so, Mariah stuck to her guns and insisted she did.

Mariah even said she knew Quad had slept with her sister’s now-ex-husband because she was wearing his T-shirt when Mariah walked into his home.

After denying that she slept with Mariah’s former brother-in-law, Quad accused Mariah of “sponsoring” the blog on which the story was shared.

“Mariah, you will sell anybody, girl, to keep up a lie,” Quad adds.

It was then Mariah vs Dr. Heavenly Kimes as Mariah revealed she brought “receipts” that could prove Heavenly’s husband, Dr. Damon Kimes, had cheated. She, however, refused to let her co-stars see them.

“I don’t want to be in the gutter anymore,” Mariah tells host Andy Cohen.

“Bring out the receipts,” Dr. Heavenly replies, with the other women in agreement. Even Andy doesn’t understand why Mariah is refusing to show her “receipts” as she remains adamant that she has them in her dressing room.

“This is a fire you started,” Andy tells Mariah. “You did not bring the receipts?”

“I think she don’t have the receipts,” Dr. Heavenly suspects. “I think she’s a liar from the pits of hell.”

“No, I do,” Mariah fires back. “In my dressing room. I’m just not even gonna go there. I’m not going to contribute.”

The first part of Married to Medicine‘s season six reunion begins airing on tonight at 9/8c on Bravo TV. The second and third parts of the special will be airing on Sundays at 9/8c starting on January 6.

TELL US-DO YOU BELIEVE MARIAH’S CLAIMS ABOUT QUAD AND DAMON?