Home Married to Medicine Married To Medicine Reunion Secrets Revealed! Accusations of Cocaine Use, Domestic Violence and Infidelity are Made

Married To Medicine Reunion Secrets Revealed! Accusations of Cocaine Use, Domestic Violence and Infidelity are Made 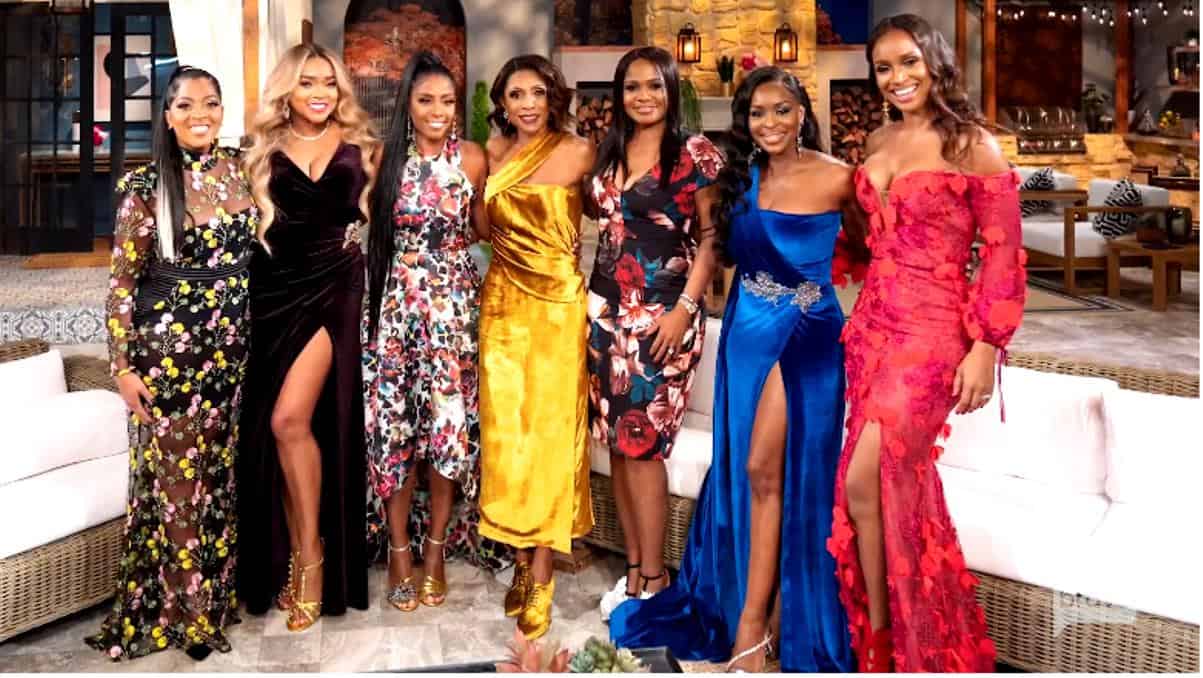 The ladies of Married to Medicine came together this month to film what sounds to be a very scandalous three-part reunion special for season six.

According to a new report, the women of the show, including Dr. Jackie Walters, Dr. Heavenly Kimes, Dr. Contessa Metcalf, Mariah Huq, Dr. Simone Whitmore, Toya Bush-Harris, and Quad Webb-Lunceford, reunited in New York City to chat with host Andy Cohen about a number of controversial topics on the show.

All About the Tea shared details about the filming session, revealing Quad was at the center of the drama as she was faced with several confrontations, including a shocking one-on-one with her estranged husband, Dr. Gregory Lunceford during which she alleged she suffered domestic abuse at the hands of her husband.

“Quad and Dr. G had a sit-down. They went back and forth over the demise of their marriage. Blaming each other for the divorce,” a source explained. “They discussed not having sex in years. Quad denied that claim made by Dr. G. She accused Dr. G of cheating with multiple people before the Jackie Presley incident. Dr. G held his own until Quad accused him of beating her up throughout the marriage. Dr. G responded by saying ‘she hit me first.’ Quad said that Dr. G dragged her out of the car by her hair.”

After Quad was forced to deal with allegations of domestic violence, she and Heavenly took aim at Mariah as Quad accused her of drug use.

“Quad accused Mariah of using cocaine, but she had no receipts to back up her claims. Mariah was livid and read Quad for FILTH. She was throwing everything at Mariah besides the kitchen sink,” the insider revealed.

Quad then addressed a report, which claimed she cheated on Dr. Greg with Mariah’s brother-in-law.

“Quad brought up the affair with Mariah’s brother-in-law…and denied EVERYTHING! But Mariah was not having it. She knows it’s 100% true and called Quad a ‘low down dirty skank hoe’ for posing as a friend while sleeping with her brother-in-law,” the source said.

According to the report, Mariah’s sister, Lekeeda “Lake” Kelley, supposedly discovered Quad was sleeping with her husband and after she did, she allegedly drove to her home and beat her up.

As a result of the incident, a police report was made and Lake’s marriage came to an end.

“Quad slept with Mariah’s sister’s husband while they were best friends. Quad hates Mariah, because Mariah has her number,” the source continued. “Mariah has inside knowledge of the affair, and that makes Quad uncomfortable. She knows that she betrayed not only her husband, but her best friend.”

As Married to Medicine fans may recall, Dr. Greg was accused of cheating on Quad earlier this year.

Also a focal point of the season six reunion will be Heavenly, whose anger management therapy and ongoing feud with Mariah became a hot topic after Toya and Simone accused her of bullying Mariah.

“Toya and Simone both called Heavenly a bully and told her to leave Mariah alone,” the source said. “Toya said that Heavenly constantly attacks Mariah’s family because they’re Muslim. Their exchange with Heavenly was intense and very heated.”

The next episode of Married to Medicine will air Dec. 1 on Bravo TV at 9/8c.