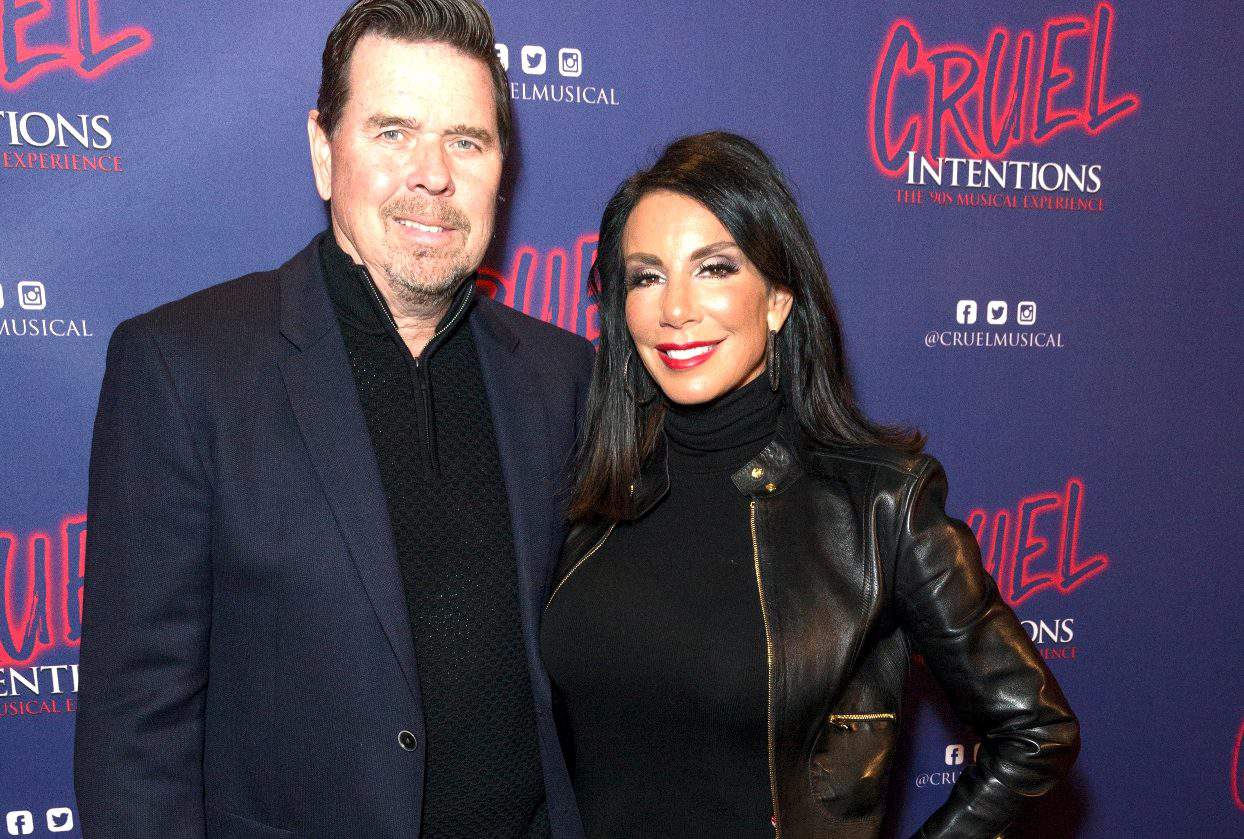 Months after the Real Housewives of New Jersey star was served with divorce papers, she issued a shocking response to Marty’s court filing, which included statements alleging he had been verbally and physically abusive to not only her but also her daughters.

In the documents, Danielle alleged Marty was “guilty of extreme cruelty” including “repeatedly exercised physical control and intimidation by holding [her] down and violently screaming derogatory comments in her face,” and accused him of “habitually [screaming] at [her] in public, utilizing disparaging and harassing name, calling [her] a ‘wh**e.’”

As for her two daughters, Jillian, 20, and Christine, 24, Danielle claimed Marty called their relationship “a lesbian affair” in an effort to hurt her by referencing incest and childhood abuse.

According to Page Six, Danielle alleged Marty “repeatedly mocked and harassed [her] for being sexually abused by her father as a child,” and would bring up the abuse in public to berate and embarrass her.

She also alleged he “repeatedly exercised control over [her] by making her cook, clean, and care for the home while simultaneously berating her for not earning enough money.”

In a separate report by PEOPLE, Danielle claimed “[Caffrey] utilized disparaging, offensive, and threatening language towards [her] children, specifically telling them to ‘leave [his] house’ and ‘get the f*** out and don’t come back,” she stated, adding that Marty “repeatedly referred to [her] daughters as a ‘c***‘ and ‘entitled b***h’ solely for the purpose of harming and harassing [her].”

“[Caffrey] would become incredibly intoxicated on a daily basis. On one occasion in Anguilla, [he] became physically violent, pushing Defendant down, holding her arms down, purposefully physically restraining [her] to the point where she became bruised,” the documents alleged.

Danielle even accused Marty of making sex tapes without her knowledge and said he “exercised control by threatening to expose it to the public unless [she] did exactly what [he] asked of her.” He also allegedly threatened to throw everyone out of a party Danielle was hosting unless she agreed to “perform oral sex and then compliment him and massage his ego in front of everyone.”

According to Danielle, Marty often threatened to cancel her health insurance and accused her of lying about her rheumatoid arthritis diagnosis.

“[He] refused to assist [her] with her medical treatment, causing [her] to attend doctors’ appointments and obtain painful injections without any support. Upon [her] arriving home after the appointments, [Caffrey] often demanded that [she] engage in sexual intercourse,” Danielle continued.

In response, Marty denied the allegations and offered a statement.

“This is a complete list of lies. Only a demented mind could come up with such false accusations. Danielle will go to any level to create problems and to be the victim,” said Marty. “None of this is accurate or even close to the truth. This is simply Danielle Staub trying to take people out like she has in her past, but it’s not going to work this time.”

“Danielle is very good at manufacturing truths and Iʼm sure that she will continue to spew salacious lies and fabrications as the divorce proceeds through the courts,” he added. “I will not play in her gutter.”

Danielle and Marty tied the knot in May after about two years of dating.