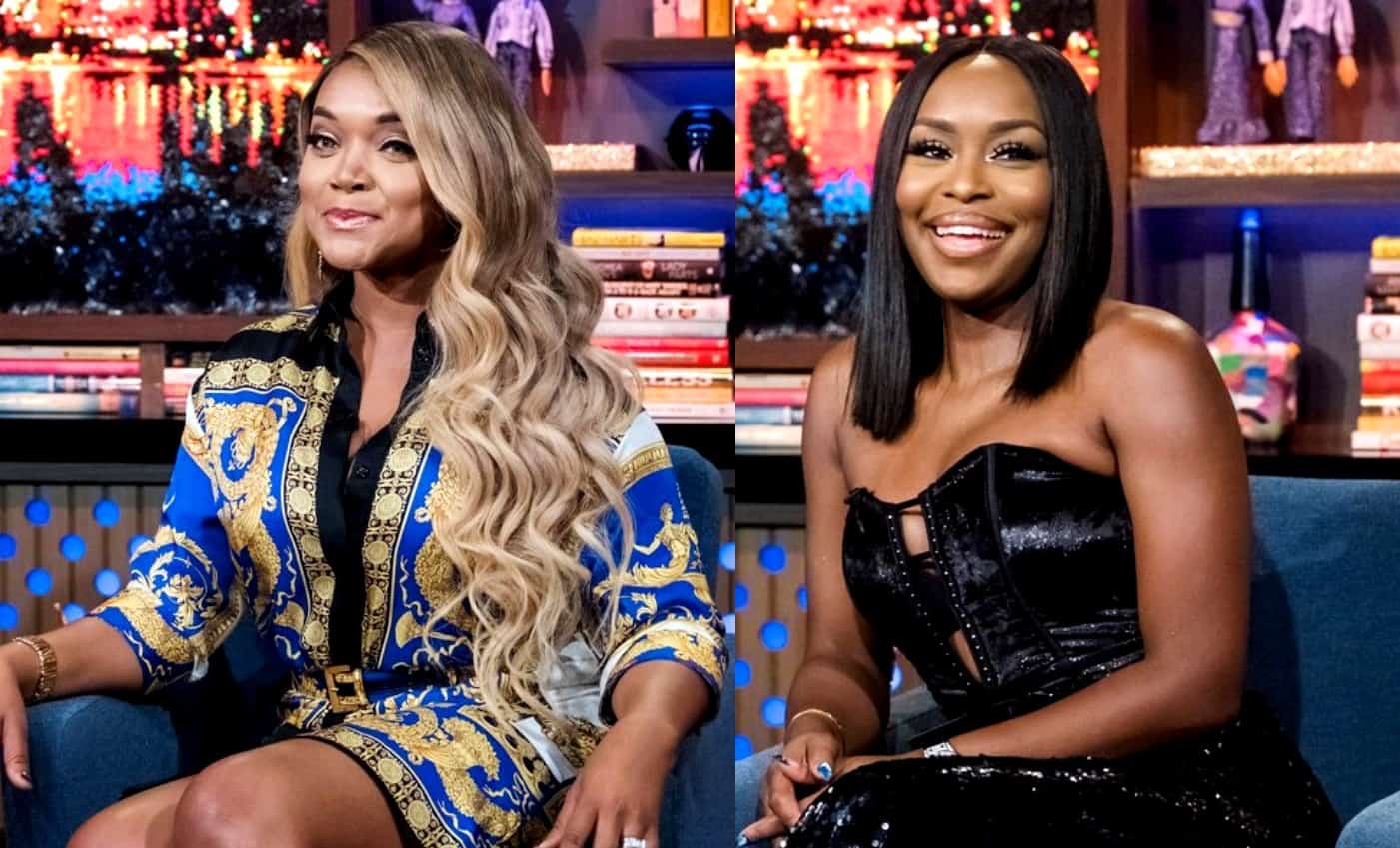 Married to Medicine star Mariah Huq is fighting back against Quad Webb-Lunceford‘s claims of drug use.

If you recall, Mariah accused Quad of cheating on her husband Dr. Greg Lunceford with her sister Lakeeda “Lake” Kelly’s husband. Quad, however, denied this allegation during the reunion, and in turn, she accused Mariah of using cocaine. Even more, Quad took things a step further when she claimed in an interview last week that Mariah was still using cocaine.

In a series of social media posts this week, Mariah took aim at Quad for spreading “malicious” and “defamatory” allegations against her and offered proof that she is not on cocaine or any drugs for that matter.

“In recent weeks, I have endured a series of malicious and deceitful assaults to my personal character and integrity,” Mariah wrote in an Instagram statement on January 11. “As a wife and the mother of young children, the impact on my family and me has been profound and incalculable.”

Speaking specifically about Quad’s claims of drug use, Mariah continued, “I do not, now nor have I ever, used illicit recreational drugs of any kind. Any and all statements to the contrary, especially by someone claiming to have witnessed such behavior, are patently false, defamatory and legally actionable. As creator, executive producer and a cast member of Married to Medicine, I wanted to create a platform where women — and particularly women of color — could be elevated and demonstrate the intrinsic power of sisterhood.”

During the drug test, Mariah was tested for barbiturates, benzodiazepines, cannabinoids, cocaine, opiates, including codeine and morphine, and phencyclidine, and all of the tests came back “negative.”

After sharing the post, a fan told Mariah, “I’m disgusted that you have been put in a position to have to post this… We love and support you, Mariah.”

“So am I,” she replied. “It was so degrading and something has to be done. This is not ok.”

Although many appreciated Mariah’s posting, others didn’t believe it was truly solid evidence that she wasn’t using drugs at the time she was accused of doing so, mainly due to the fact that some drugs leave a person’s system within days.

In response to the ongoing speculation, Mariah revealed she will also be undergoing a strand test, which can track drugs that have come and gone from a person’s system within the past 90 days.

“I am doing a strand test next week to shut all this foolery down,” she said.