RHONY Star Sonja Morgan Reveals Why She Was “Not Happy” to See Ramona Singer’s Infamous Kiss With Harry Dubin! 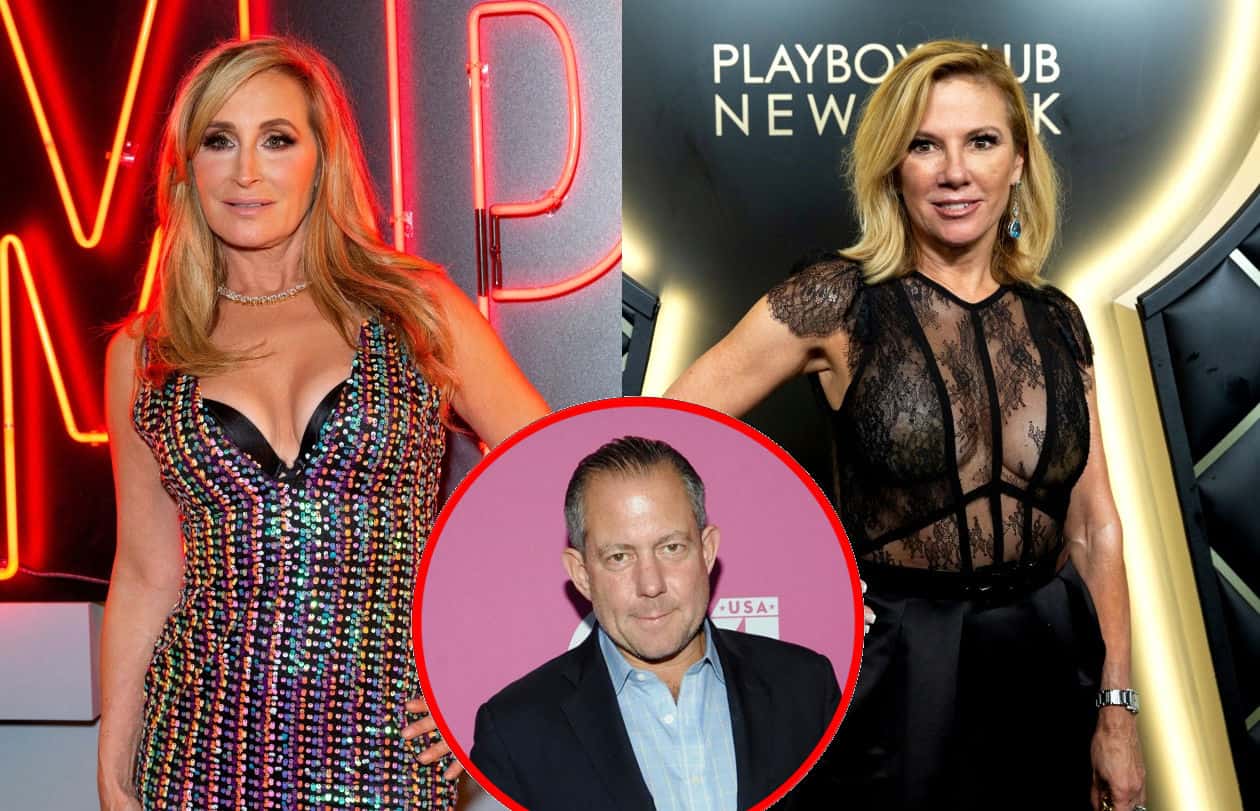 During a new interview, the Real Housewives of New York City star opened up about her co-star’s booze-filled make-out with the show regular and took aim at Ramona for the many men who have passed through her life.

“I was not happy with those photos of Harry and Ramona,” Sonja told Us Weekly. “I don’t care who Ramona sucks face with at this point. I can’t keep up with the numbers. But I wasn’t happy with Harry because Harry’s always trying to court me … since 30 years ago.”

“He’s just, like, getting another notch on his belt the way I look at it,” she added.

In addition to his ties to Sonja, Harry also has been linked to LuAnn de Lesseps and was once married to Aviva Drescher, both of whom starred alongside Ramona and Sonja on The Real Housewives of New York City.

According to Sonja, she first learned of Ramona and Harry’s night together with the rest of the world, who saw the shocking images on TMZ.

Why are Ramona Singer and Harry Dubin trying to swallow each other #RHONY #TMZ pic.twitter.com/lJlDeWsVtk

“Everywhere I went there was Harry. I couldn’t see his face ’cause he was … I couldn’t see his face because it was eclipsed by Ramona’s lips,” she said of the images. “When I saw it, I was laughing and I loved seeing it. It was hilarious. It was HI-larious, but what I didn’t appreciate was … Harry’s obsessed with me. He cares about me, he’s asking me to go [out] … you know, why is he doing this?”

Sonja went on to say that she just can’t keep up with Ramona’s busy dating life.

“Ramona’s dating schedule .. is at the speed of light right now. Or is it the speed of sound?” she asked. “Well, you gotta give it to Ramona, I mean she … has never looked better. Why would I even talk about anyone else’s boyfriends? Because Ramona’s got the market cornered.”