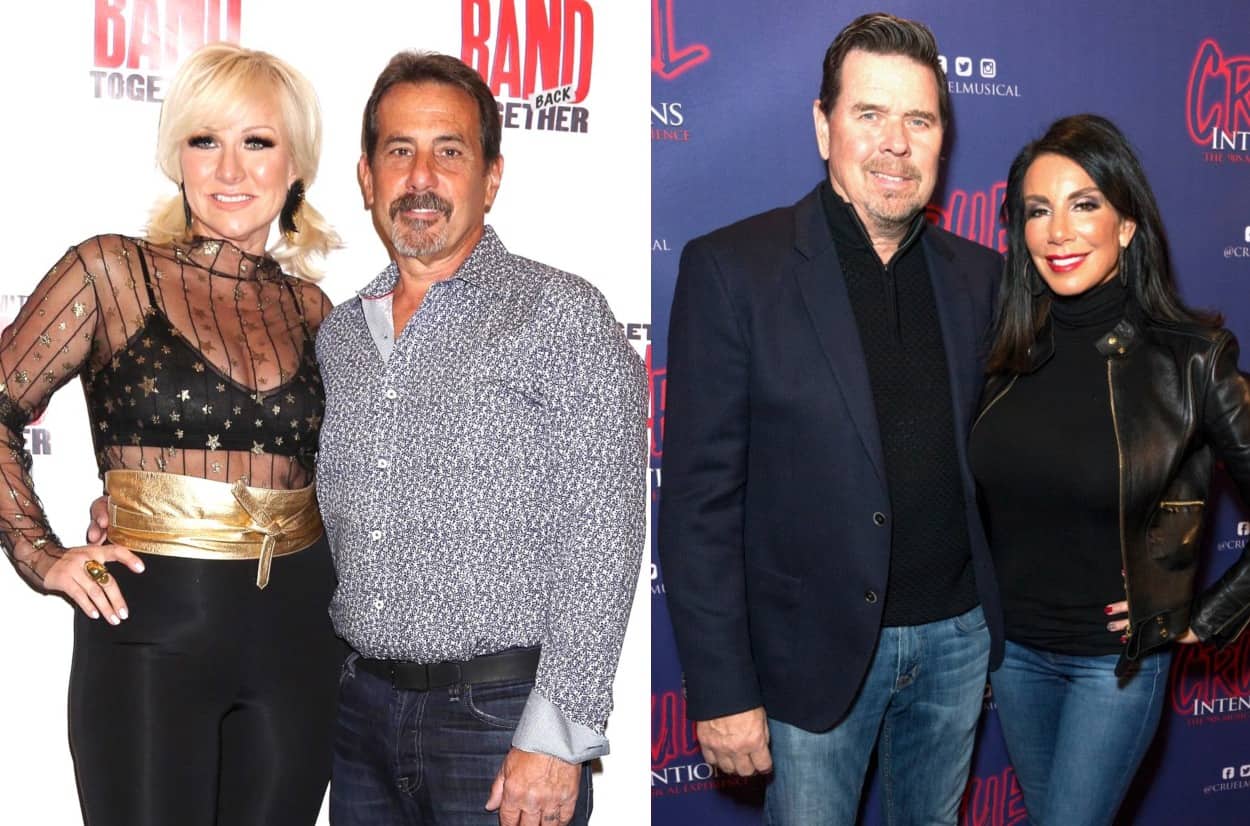 Jennifer Aydin threw an over-the-top finale party for The Real Housewives of New Jersey season nine and during the event, which took place at the new cast member‘s stunning mansion, Margaret Josephs and her husband, Joe Benigno, were reportedly involved in a violent feud.

According to a new report, it all went down after Joe Gorga led Marty Caffrey, the estranged husband of Danielle Staub, into the backyard to discuss his lingering issues with Margaret’s husband.

“Producers were fishing for fireworks all night, and kept pushing Danielle to confront Margaret, but she refused to cooperate,” a source revealed to All About the Tea on January 28. “The producers were pissed that Danielle wouldn’t play along, so they nudged Joe Gorga to encourage Marty to confront Joe Benigno.”

As fans of The Real Housewives of New Jersey will recall, Marty and Joe B. first butted heads after Marty suggested Margaret wasn’t good-looking. However, according to Marty, he didn’t mean to insult Margaret. Instead, he was allegedly suggesting it was his wife, Danielle, who was “the most beautiful.”

“Margaret and Joe [Benigno] approached Marty outside, and Margaret complained that he had called her ugly. Marty clarified that he only meant that he believed Danielle to be the most beautiful,” the insider said. “The convo failed to spark drama, so then Margaret accused Marty of calling her an opportunist.”

“Marty did not deny it — and claimed that Margaret used Danielle as an ally to fight Siggy Flicker, during Season 8,” the source continued. “He basically accused Margaret of ditching her friendship with Danielle, when Siggy dropped out of the narrative.”

Although Margaret and Danielle were quite close, they had a falling out during the ninth season of The Real Housewives of New Jersey and have not been able to get their relationship back on track in the months since.

As the event continued, things between Marty and Joe B. showed no signs of reconciliation and eventually, Marty was pushed into the pool as his co-stars labeled him a “liar.”

“Marty’s accusation set them both off, and Margaret began screeching that Danielle is ‘a liar and a sh*t stirrer.’ A shouting match ensued, and Joe began poking Marty in the chest over and over. Margaret and Joe both shoved Marty into the pool — which ruined an expensive suit, his iPhone, a Breitling watch and his Salvatore Ferragamo shoes,” the source revealed.

Following the incident, Margaret and Joe B. left Jennifer’s party before Marty could even gather his thoughts. Meanwhile, Marty’s wife, Danielle, who he’s since split from, stayed inside the house and failed to defend her husband against her irate co-stars.