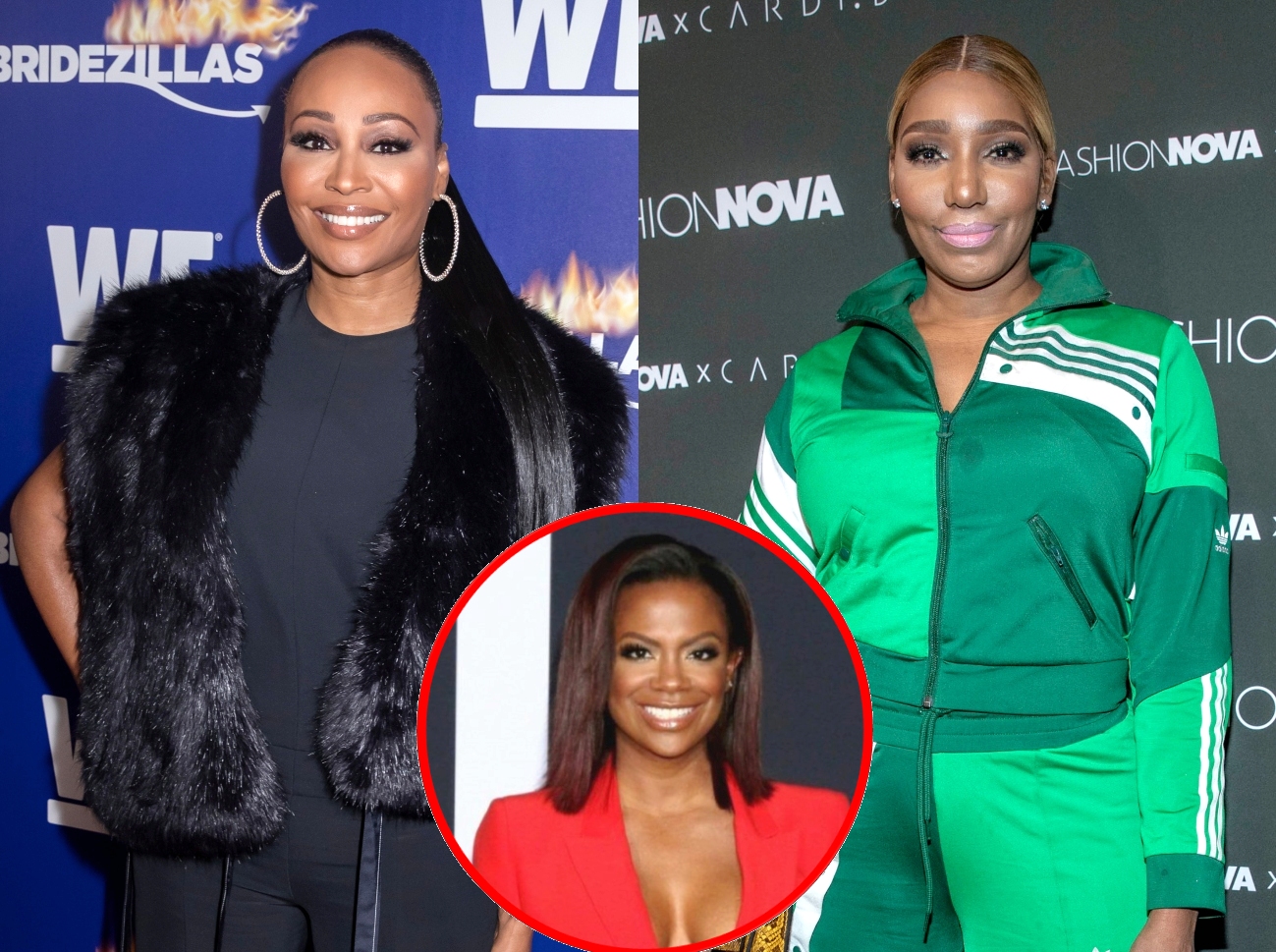 Cynthia Bailey appeared on Kandi Burruss‘ YouTube series, Speak On It, on Sunday to discuss the current rift between her and her Real Housewives of Atlanta co-star, NeNe Leakes.

While appearing on the series, Cynthia insisted she did not want NeNe’s nemesis, Kenya Moore, to surprise her during the season 11 finale party, despite the fact that she seemingly admitted to knowing Kenya would be there during the episode.

According to Cynthia, she did initially invite Kenya to the party but because she wouldn’t be paid for the appearance, Kenya declined her invitation. Then, after chatting with Kandi (unbeknownst to Cynthia), Kenya had a change of heart and decided to make a brief appearance at the launch of Cynthia’s Seagram’s Escapes’ Peach Bellini.

“We’ve all been invested in her finding love and her eventually having her baby that she always wanted,” Kandi said during the episode of her YouTube series. “It did not work out for her to be on the season. I just felt like we were kind of cheating the fans for them not being able to at least being able to see her pregnant.”

Although Cynthia said during the finale episode that she did not believe Kenya would be at her party, a conversation she had with boyfriend Mike Hill seemed to hint at otherwise.

“I’m supposed to act like I didn’t know Kenya was coming,” editors of the series wrote in the caption as Cynthia was seen whispering to her partner.

Later in the episode, Cynthia seemed to make additional shady comments while talking off-camera to Kandi.

“I just want to make sure we was on the same page, setting up how Kenya got here,” Cynthia told Kandi.

While their comments were suspicious and suggested there was a setup, Kandi said on her show that she didn’t know Kenya was coming until just before the event. She also said she never told Cynthia about her conversation with Kenya.

As for her comments about being “mic’d” up on the show, Kandi said Cynthia was simply making sure Kandi would ultimately come clean about her role in Kenya’s appearance.

Speaking of her own shady comments, Cynthia said she didn’t recall her conversation with Mike.

“I don’t remember saying that nor did I have a reason to say that. At the end of the day, I’m not trying to look like a liar because I’m not a liar — there’s nothing to lie about,” she said. “If I did say that, after I saw how NeNe was treating Kenya, at that point, I’m just trying to keep the peace. I would have said anything at that point. If I said it, it was to keep the peace.”

At the end of the day, both Cynthia and Kandi said they have no ill will towards NeNe.

“This was not a plot or ploy against NeNe,” Kandi said. “Us wanting Kenya to come by the party during a taped episode had nothing to do with NeNe.”

“I have publicly said many times, Kenya and NeNe are both great for the show,” Cynthia added.