Home Real Housewives of Atlanta News Kandi Burruss Reveals If Kenya Moore Will Appear On RHOA This Season! Plus She Dishes On Drama With Porsha Williams’ Fiancé Dennis

Kandi Burruss Reveals If Kenya Moore Will Appear On RHOA This Season! Plus She Dishes On Drama With Porsha Williams’ Fiancé Dennis 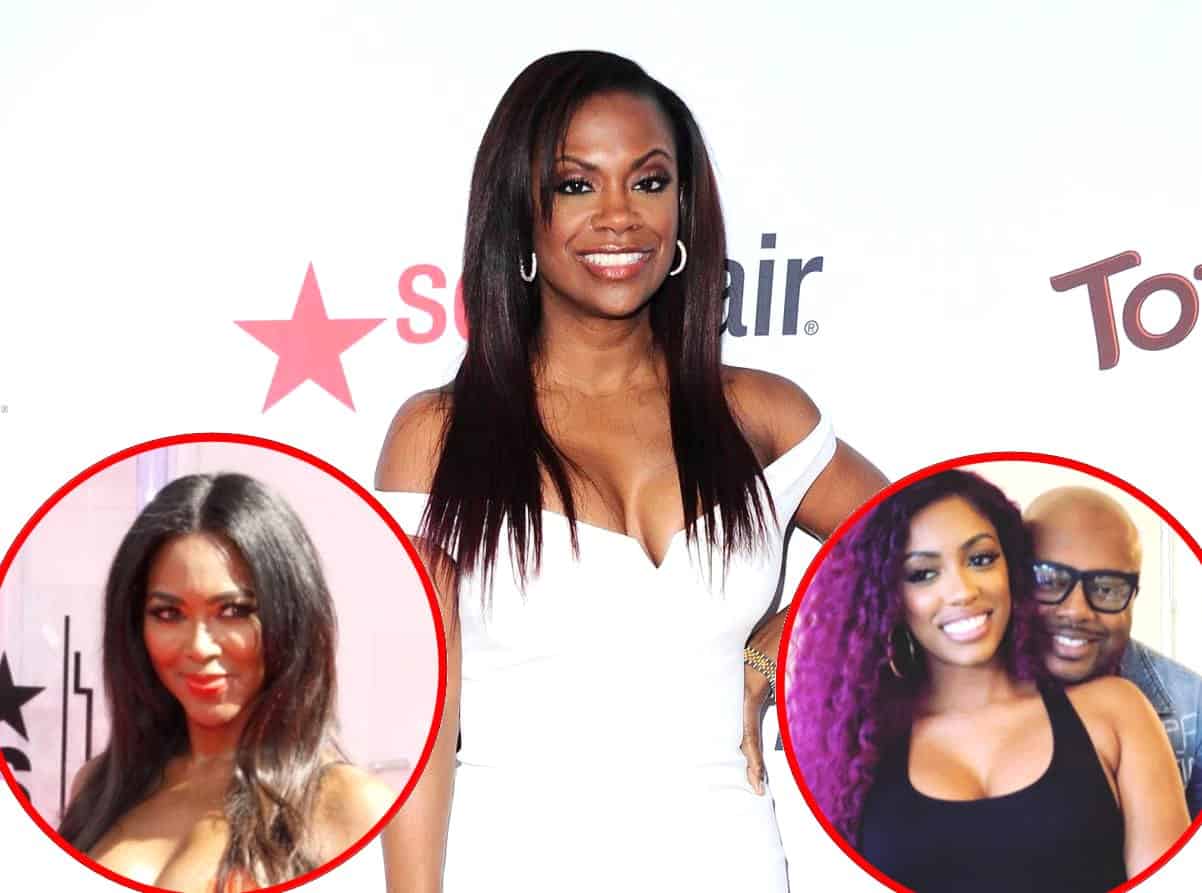 Kandi Burruss appears to be caught in the midst of some drama involving the relationship between Porsha Williams and her new fiance, Dennis McKinley, amid The Real Housewives of Atlanta‘s 11th season.

Ahead of Sunday night’s premiere, Kandi spoke out about the on-screen tension between her and Porsha and revealed if Kenya Moore will make an appearance on this season of RHOA.

But first, Kandi addressed the recently-released trailer for the new season, which some felt was lackluster.

“I guess they’re trying to save a lot for the fans,” she told Entertainment Tonight. “’Cause I know it was a lot more juicy things that happened that I felt like, OK. Well, maybe they didn’t want to give it all to you in a trailer.”

“I mean, when I tell you a lot of things happened even after they released the trailer, ’cause you know we were still taping,” Kandi continued. “It’s been a lot to happen in just the last two weeks, OK?”

Among the events that took place over the past couple of weeks were Eva Marcille’s wedding, Porsha’s gender reveal party, and a sex dungeon-themed party thrown by Kandi.

When asked about her former co-star Kenya, who just gave birth to a baby girl earlier today, Kandi confirms Kenya will be making an appearance at some point during RHOA season 11. This confirmation comes after Kenya was recently spotted filming with the cast during an event thrown by Cynthia Bailey.

“Well, she does pop up,” Kandi divulges. “She does pop up once, to my begging, of course… I was probably one of the most disappointed out of everybody that she wasn’t going to be with us this year, but I feel like it was great for her to be able to enjoy her pregnancy and not go back and forth with people and all of that stuff, so it’s great for her to have a healthy pregnancy.”

“But I just was like, ‘Kenya, people have to see you at least once,’” she added. “So, I kinda twisted her arm. She is gonna be there.”

As for a potential full-time return, Kandi said she would like to see Kenya come back for season 12.

“I feel like the Bravo family wouldn’t mind her being back,” Kandi surmises. “Everything happens for a reason. This was a time she needed to focus on her baby and being healthy. For me, that’s why things happened the way they happened. But do I feel like she should be back, or that she would be back? Yes!”

When it comes to her relationship with co-star Porsha, Kandi reveals it’s not completely smooth-sailing following their past feuds.

“I would say it’s a roller coaster between she and I,” Kandi says. “I feel like when the season started out, she and I… I didn’t know what to expect. You know, I didn’t know if we were gonna be cool, if we weren’t.”

Kandi also reveals she admittedly stirred up some drama when she prompted speculation into co-star Porsha’s relationship with beau Dennis. In the RHOA season trailer, Kandi is shown apparently trying to warn Porsha about her new beau.

“You know, I’m the person in Atlanta that knows everybody, everybody knows me,” she said. “So, I knew things about her significant other, and when the season first started, in my mind, I was trying to figure out, uh… do I have these conversations with her? With the group? ‘Cause, you know, we all discuss everybody’s new men on the show, new man, whatever. And I just, I just went back-and-forth on that with myself, because OK, we’re already in a shaky place, but at the same time, this is what we do on the show — we talk about the new guys.”

During filming, Porsha revealed she was both pregnant and engaged to Dennis.

“After finding out that they were going to have a family together, at that point, it was kinda like, you know what? Does it even matter anymore for me to share this?” Kandi reasoned. “I don’t want to hurt her in any way, you know? Especially while she’s carrying a new baby. So, at that point, I was just like, you know what? I guess I’ll just keep any other tea to myself… at this point.”

The Real Housewives of Atlanta returns to Bravo TV for season 11 on Sunday, November 4, at 8 p.m.