Was Vicki Gunvalson’s Engagement to Steve Lodge Filmed for RHOC? Plus She Celebrates Engagement with Briana as Wedding Plans Revealed 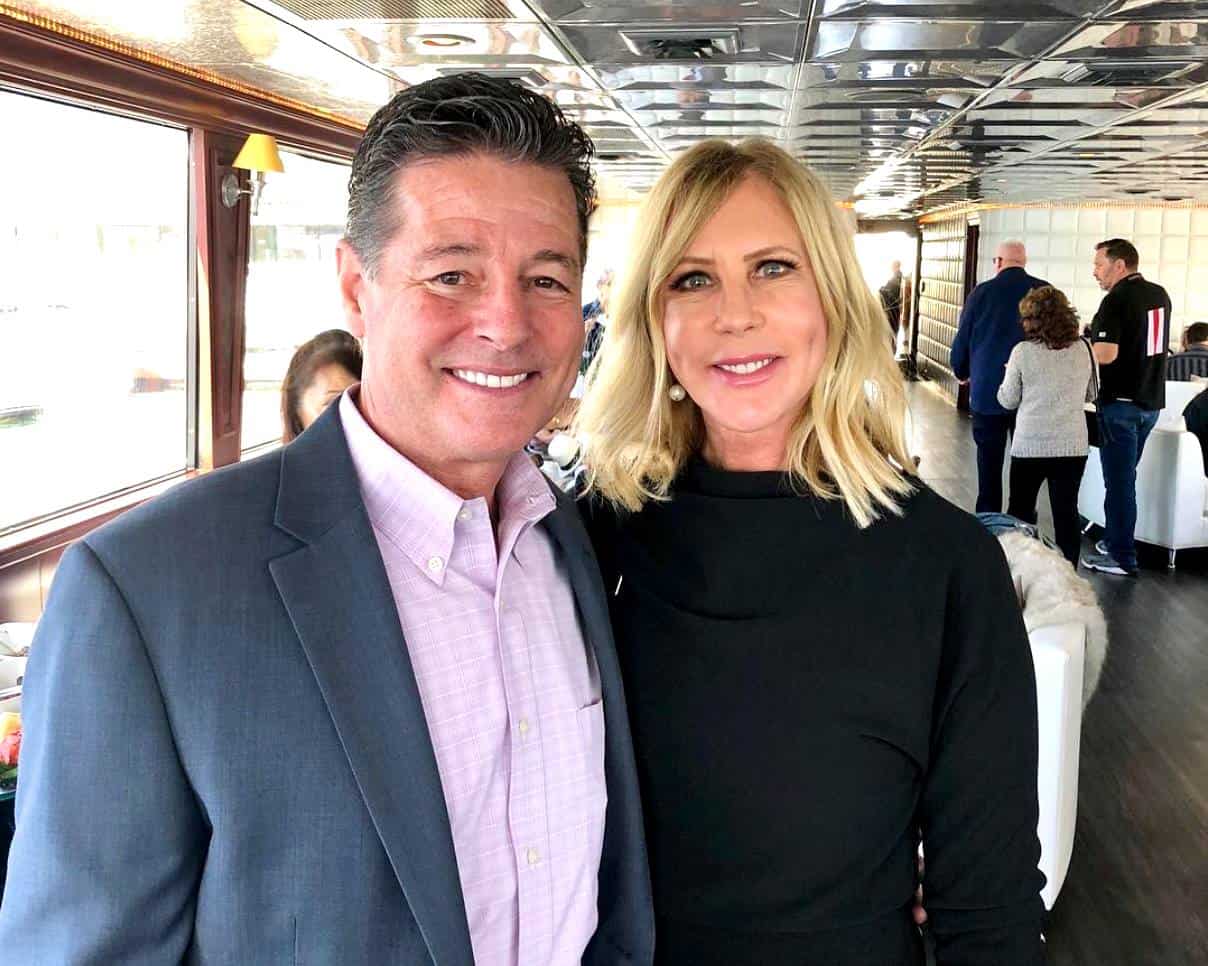 Vicki Gunvalson and her boyfriend of three years, Steve Lodge, got engaged on Monday, April 22, but was the special moment captured for the cameras of The Real Housewives of Orange County?

Earlier this year, prior to Steve’s proposal, reports were swirling that suggested Vicki was planning to stage an on-camera engagement in an effort to retain her full-time role on the Bravo TV reality series and avoid her rumored demotion.

So, was the event filmed? Unfortunately, there have been conflicting reports.

“It wasn’t filmed,” an insider confirmed to Page Six. “He really wanted to do it privately. He wanted to do it because the two of them are in love and wanted it to be a private, special moment.”

According to the report, Steve asked all six of their children for their blessing before asking Vicki to marry him during a special, homemade dinner he’d been planning for “a while.”

“He cried and I cried,” Vicki told Us Weekly of the special moment. “I was like, ‘Steve this is just perfect. Let me see the ring!’ He showed it to me and it’s incredible. It’s almost flawless. 5.5 carats. It’s literally perfect. It’s gorgeous. He did it right. He said he got it in January.”

“It was just him and I and a bottle of Silver Oak wine and I was like, we cannot drink on a school night, tomorrow’s work and he’s like, ‘Just relax, let’s just have a glass of wine,’” she continued. “So he’s doing the dishes and he sits back down and I’m like, ‘What are you doing? Why are you acting weird?’ And he’s like, ‘I love you and I want to share my life with you, will you marry me?’ … I didn’t even need to think about it!”

As for where Vicki and Steve will tie the knot, the reality star said they’ll begin planning their big day at some point this weekend. However, when it comes to where and how they’ll wed, those details are up in the air.

While Page Six confirmed the proposal was not filmed, Us Weekly told readers that fans should expect to see the engagement, and Vicki sharing the news with her co-stars, on the show.

In more Vicki news, she also celebrated her engagement news with her daughter, Briana Culberson, and son-in-law, Ryan Culberson.

“Celebrating our engagement with Briana & @ryan_culberson at one of our favorite places. #engagement,” wrote Vicki on April 27. A photo of the dinner celebration is below.