Home Real Housewives of Beverly Hills News RHOBH’s Lisa Vanderpump Accused of Making a “Transphobic” Remark Towards Erika Jayne by Lisa Rinna and Others, But Did Erika Prompt the Joke Herself?

RHOBH’s Lisa Vanderpump Accused of Making a “Transphobic” Remark Towards Erika Jayne by Lisa Rinna and Others, But Did Erika Prompt the Joke Herself?

by Lindsay Cronin May 22, 2019 513 comments
ShareTweetWhatsappPinterestRedditTumblrMailFlipboard 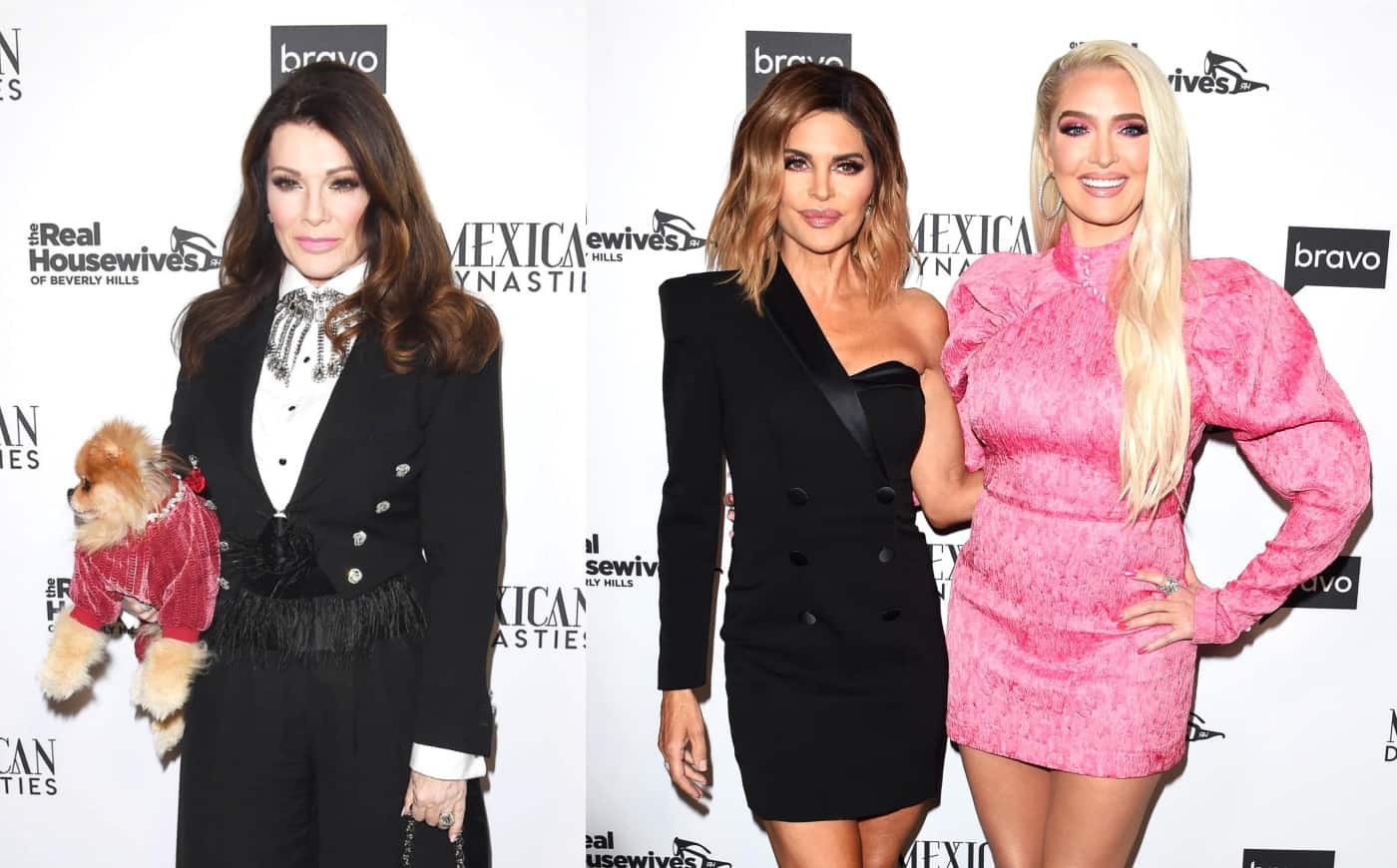 Lisa Vanderpump is under fire as she’s being accused of making a “transphobic” comment towards Erika Jayne during last night’s episode of The Real Housewives of Beverly Hills.

After undergoing a lie detector test in hopes of proving that she did not leak a negative story about Dorit Kemsley‘s decision to re-home a dog she adopted from Lisa’s rescue center last year, Lisa spoke of her innocence during a cast confessional and said there are “some things” she “can’t lie about.”

“Just don’t ask me if Erika’s tucking it under, or something like that, because there are some things I can’t lie about,” Lisa stated, citing a practice used by trans women.

Following the comment, a number of people, including Lisa’s co-star, Lisa Rinna, weighed in on Twitter and accused the restaurateur of being transphobic.

“Oof. Making transphobic jokes is soooo not cool, even if you are someone who does a lot for the LGBTQ+ community. Know better. Be better,” said People magazine writer Dave Quinn.

“Or maybe transphobic jokes is just part of that British humor thing she talks about all the time?” he added in a second tweet.

Candis Cayne, a transgender actress who has been linked to Caitlyn Jenner in recent years, was especially upset by the comment and included a snippet of what Lisa V. said with her tweet.

“Oh come on [Lisa Vanderpump] joking about [Erika Jayne] ‘tucking’ Ugly Trans jokes marginalizing our community are not acceptable. Being an ally doesn’t give you a free pass to make transphobic remarks. Do better,” she wrote.

After seeing Candis’ post, Erika re-tweeted her message. However, because Erika has joked about having a “d**k” on so many occasions, many have suggested she actually prompted Lisa V.’s comment herself.

It was actually last season. Season 8, episode 6. Erika’s been talking about her dick for a loooooong time #RHOBH pic.twitter.com/IVbg0zIZFn

Erika has also mentioned her “d**k” on a number of occasions on Twitter.

Yet Erika has told us that she has a dick pic.twitter.com/w3DUPchHNM

TELL US – DO YOU THINK LVP’S JOKE WAS TRANSPHOBIC?