by Lindsay Cronin May 24, 2019 13 comments
ShareTweetWhatsappPinterestRedditTumblrMailFlipboard 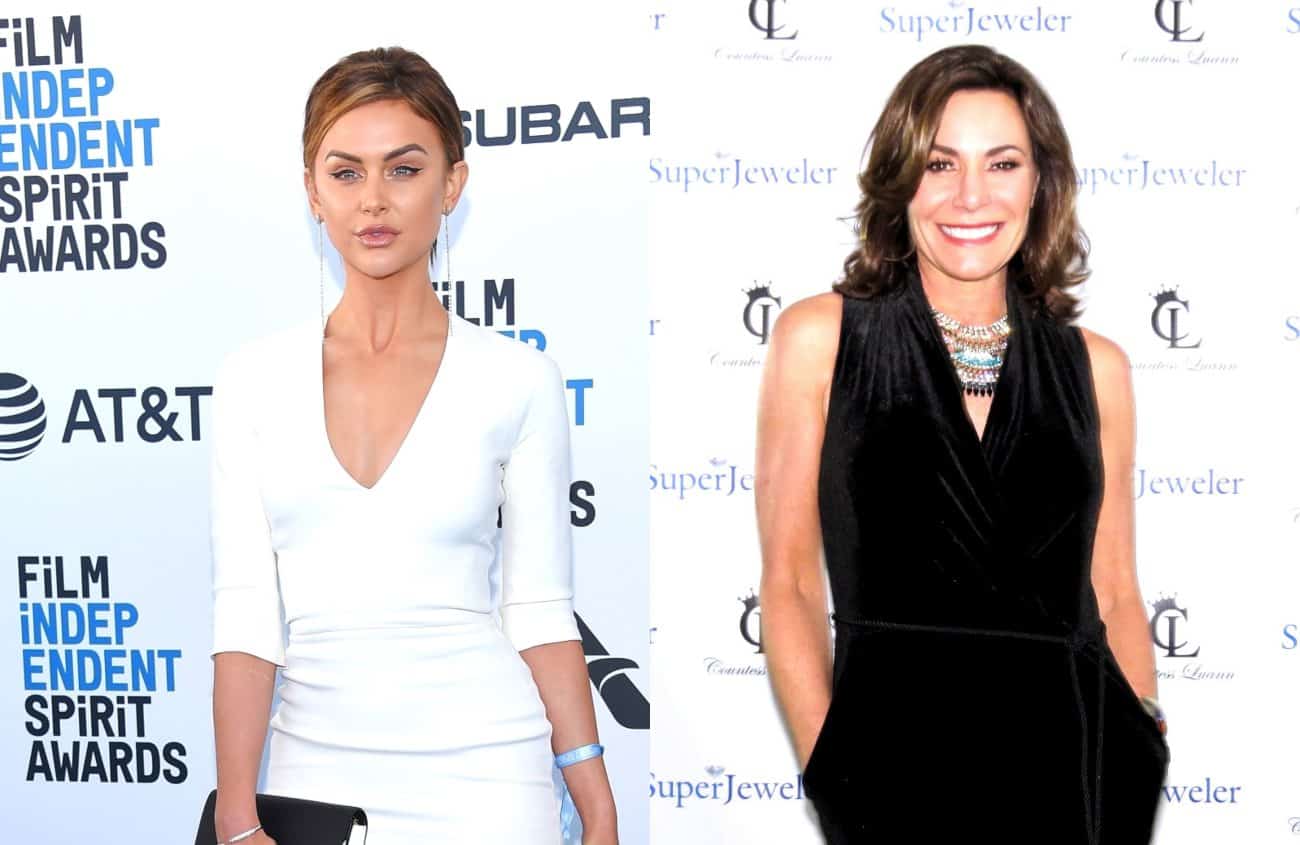 Lala Kent is speaking out about the sobriety struggles of her fellow Bravolebrity, Real Housewives of New York City star LuAnn de Lesseps.

After a judge ordered LuAnn into custody on Thursday, May 23, following a probation violation, the Vanderpump Rules cast member took to her Instagram Stories to address LuAnn’s recent alcohol relapse as LuAnn’s co-star Dorinda Medley, spoke out and encouraged LuAnn to “quiet” her life.

“My heart goes out to my fellow Bravo family member. Sobriety isn’t something that can be conquered. We are human and it is a day to day struggle,” Lala wrote, adding, “She will be back on her feet in no time.” 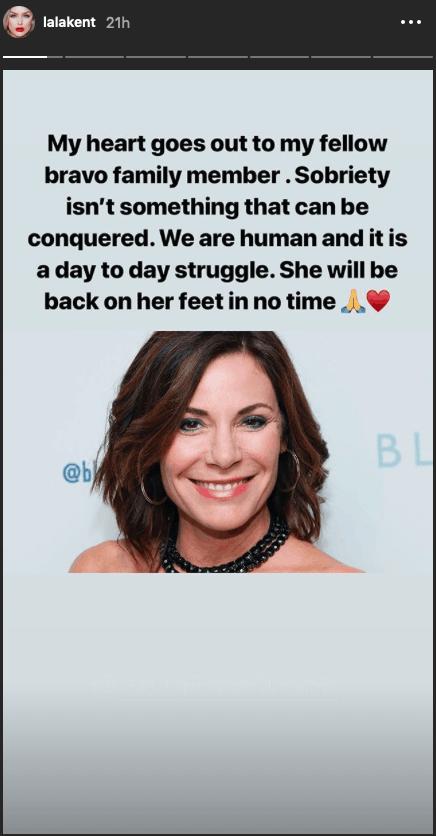 As Vanderpump Rules fans well know, Lala confirmed she is an alcoholic in March and was open about her struggles with alcohol throughout the show’s recently aired seventh season.

As for Dorinda, she’s seen LuAnn’s struggles firsthand and believes she’d benefit from quieting her life and focusing on her health.

“I think Luann needs to quiet her life and really make it all about her being healthy,” Dorinda told Us Weekly. “You know, sometimes you have to really accept that you have to stop and reset and I think she’s trying to do too much, too fast and I’m hoping that she’ll just take this time to just focus solely on herself and be quiet.”

A Palm Beach, Florida, judge ordered LuAnn to return to jail on Thursday after she violated the terms of her probation by failing to pass an alcohol test. Then, hours later, LuAnn was released from custody after agreeing to a stricter probation plan.

As part of her new probation terms, LuAnn is required to partake in phone counseling sessions, attend monthly psychiatric sessions, and install a breathalyzer device in her car.

LuAnn is also now required to take medication to treat her addiction to alcohol.