Home Real Housewives of Beverly Hills News Lisa Vanderpump Shades RHOBH Costars and Wonders What Their Storylines Will Be Without Her, Reveals Plans to Unfollow Them as She Defends Andy Cohen!

Lisa Vanderpump Shades RHOBH Costars and Wonders What Their Storylines Will Be Without Her, Reveals Plans to Unfollow Them as She Defends Andy Cohen! 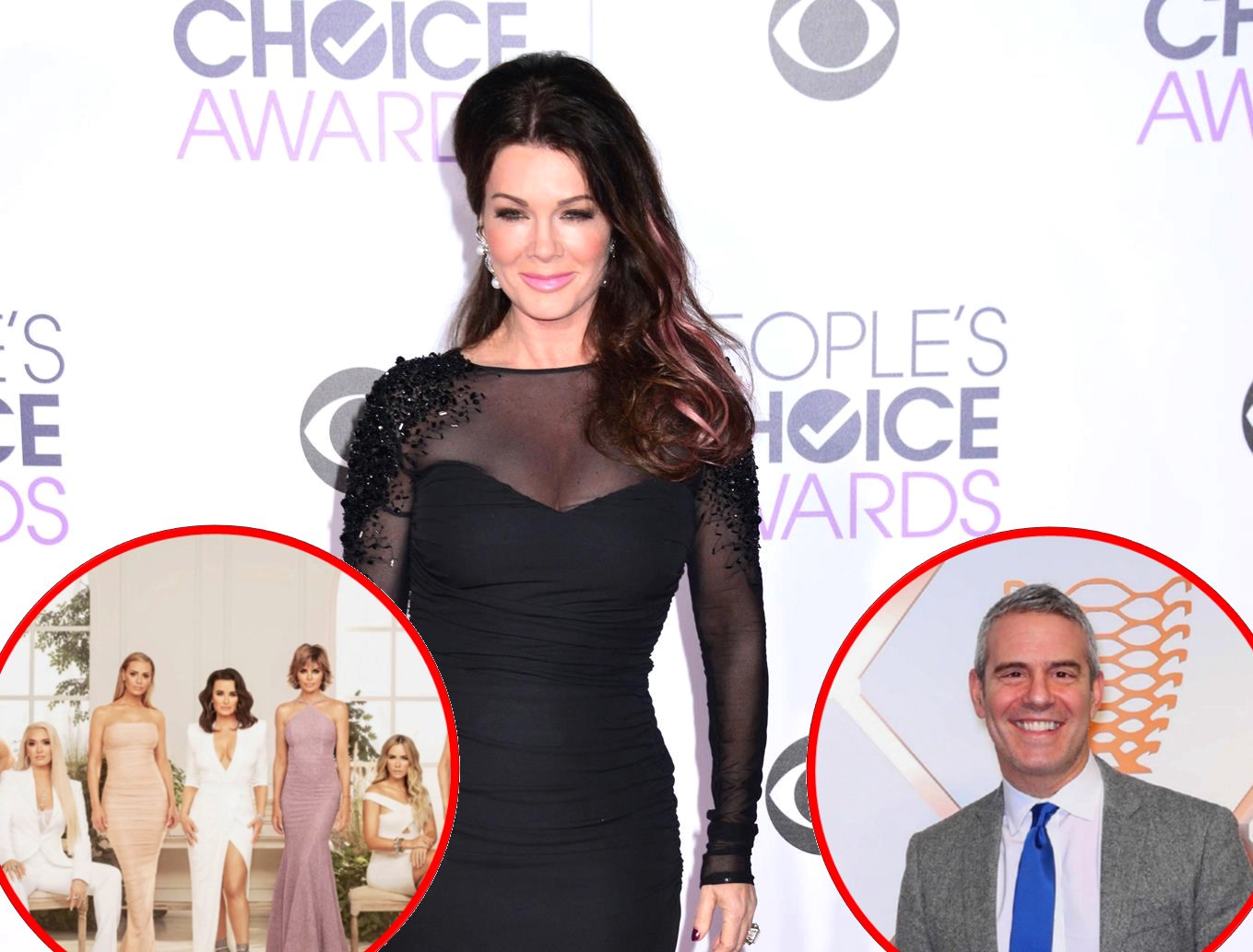 The Real Housewives of Beverly Hills star Lisa Vanderpump revealed this week that she has no plans to return to the show after what she feels was mistreatment by her co-stars over the past 10 months. She also revealed she planned to skip the reunion, which was filmed yesterday.

However, even though Lisa didn’t show up to defend herself or tell her side of the story at the reunion, she’s using Twitter to share how she’s feeling.

First, Lisa retweeted a post from a fan, who wondered what message it sends when the ladies are plotting and attacking one fragile woman. The message also questioned what storylines the RHOBH ladies will have… without Lisa in the mix any longer.

“What does it say about 5 women plotting and attacking 1 emotionally fragile women on TV and SM for 10 months? Smart people walk away from that. It’s time they rode their own coat tails and get off LVPs. What will they talk about w/out story lines? Toe nails?” read the message retweeted by Lisa. 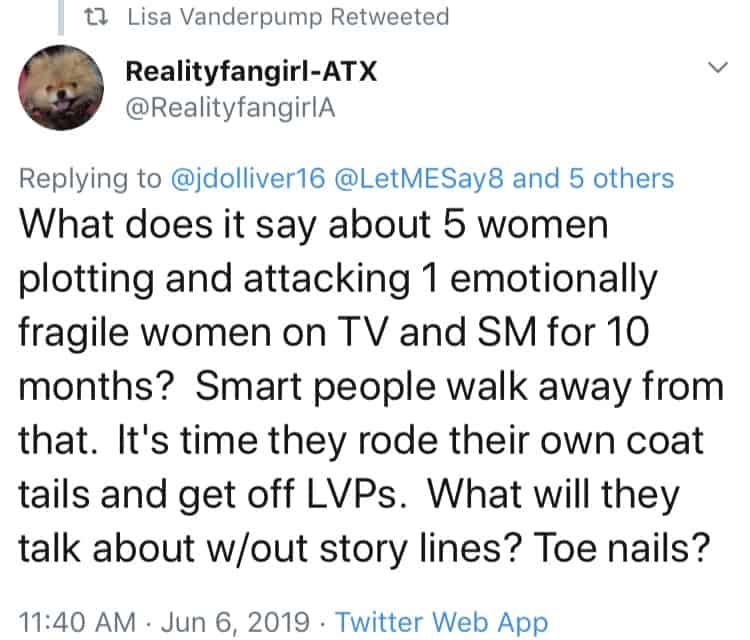 Lisa’s fans have been reaching out to her on Twitter, telling her that she can now fully walk away from all the drama she has gone through. One person even suggested that she unfollow her co-stars.

“@LisaVanderpump you no longer have to follow the bitches of BH! Unfollow so you don’t see their nastiness anymore. Move on!” tweeted the fan to Lisa.

“Excellent idea lol…Will get to it ASAP,” Lisa replied on Twitter.

Even though Lisa feels betrayed by her co-stars, she did appear to come to Andy Cohen‘s defense in regards to how she was portrayed this season and how much she’s been featured in the last few episodes. If you recall, Lisa confirmed last week that most of the scenes she filmed had been cut from the remainder of the season.

However, there’s still a reunion that needs to air before the season is over and Lisa encouraged fans to watch the reunion before labeling him unfair.

As for Lisa’s whereabouts yesterday, during the taping of the reunion, she revealed that she had a meeting with her mayor to discuss an issue close to her heart, as she also admitted the day was ‘difficult.’

“It was,” Lisa responded to a fan who asked her if the reunion day was difficult for her. “Had a meeting with Mayor Garcetti discussing LGBT issues, homeless rising, proactive conversation was a good distraction. But yes of course, much sadness about the way it turned out.”

It was,had a meeting with Mayor Garcetti discussing LGBT issues,homeless rising, proactive conversation was a good distraction.
But yes of course,much sadness about the way it turned out.

After Lisa announced her decision to leave The Real Housewives of Beverly Hills behind, the Bravo network issued a statement.

“There is so much great drama and fun still to come this season including the ladies’ trip to France, so before we focus on next season, let’s see where this one takes us,” Bravo’s statement read.

The Real Housewives of Beverly Hills continues Tuesdays at 9 pm EST on Bravo.